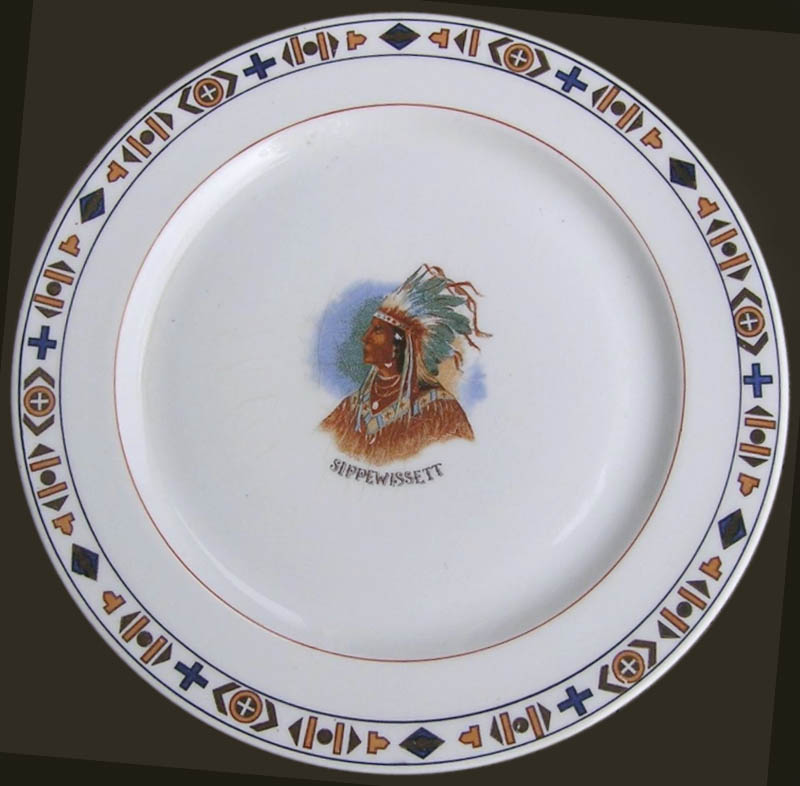 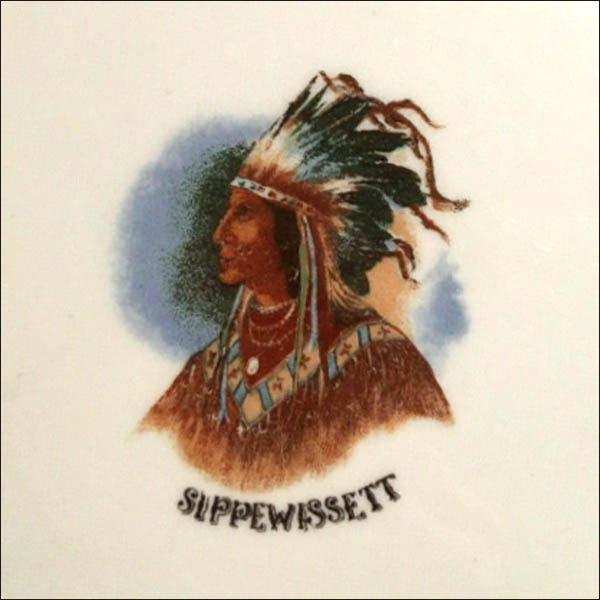 Notes: The Sippewissett Hotel was located in Falmouth, Mass. and built in the late 19th century.

Here's a detailed account of the Sippewissett Hotel from Bryant F. Tolles' Summer by the Seaside: The Architecture of New England Coastal Resort Hotels, 1820-1950:

"The largest of Cape Cod's early resort hotels, located at Hamblin Point on Buzzards Bay, Sippewissett, was built as the Sippewissett Hotel on former farmland from 1899 to 1900 by Boston music publisher John C. Haynes. Costing nearly $67,000, the entire property included a golf course, a pier, a horse stable, bathhouses, tennis courts, a casino for dances and games, bowling alleys, and an electric generator. In 1902, a four-story addition covered by a flat roof was appended to the south side, thereby increasing the guest capacity to 250 and included a large dining room. In its fully mature form, the Sippewissett successfully expressed many familiar elements of the Colonial Revival style including intersecting gambrel roofs, shed-roof dormers, twin octagonal cupolas with concave bellcast roof caps, and long sweeping verandas with classical column supports and balustrades. In 1917, the Sippewissett Club, Inc. bought the complex and for a time it was operated as the Cleveland Hotel, the Falmouth Arms, and, under the ownership of Charles Dooley, as the Mayflower Hotel to match the Dooley guest establishment of the same name in Plymouth. Finally, in 1933 Captain John R. and Shirley Peterson acquired the property and successfully ran the hotel as the Cape Codder for an amazing forty-one years. In 1980, they sold out to Hotels of Distinction, a Boston-based corporation, which in 1985 passed the hotel complex to International Developers, Inc., which razed the building three years later to make way for condominiums titled 'Cape Cod Residences.'"

White body and stock border with a custom center-marked Native American Chief portrait illustration and the hotel name "Sippewissett" beneath. The stock border consists of dark rust, red and blue shapes between two blue pinlines, forming a southwestern design, and there is a thin red pinline around the verge.