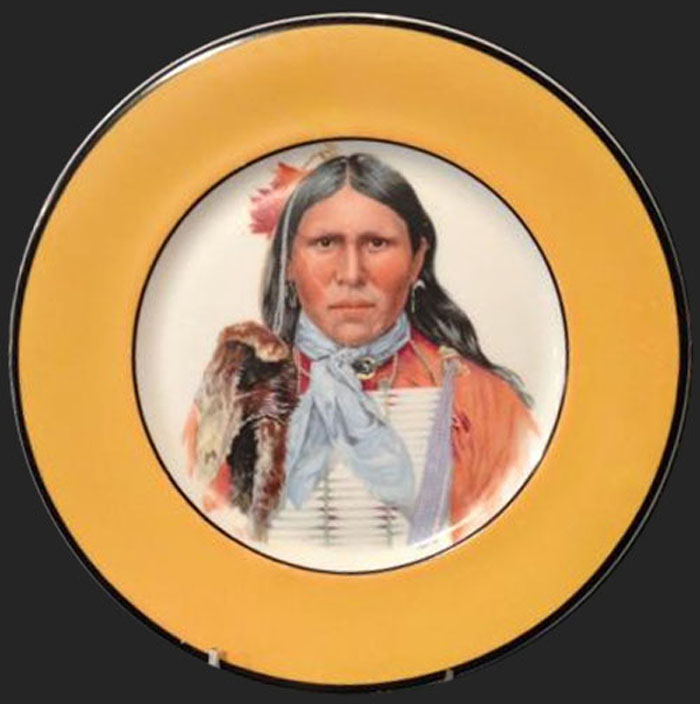 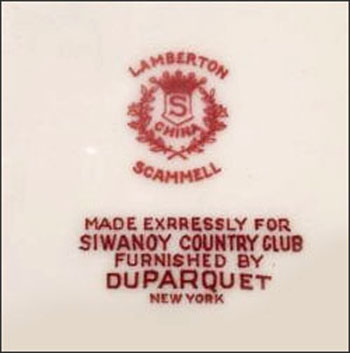 Notes: Website. Siwanoy Country Club is located at 351 Pondfield Rd., in Bronxville, N.Y. It was established May 20, 1901, by a group of 18 golfers who were annoyed by the infrequent trolley service to the nine-hole course where they played, so they decided to start a new golf course that was closer to them and with easier access.

From the club's website, "The name 'Siwanoy' was adopted after long consideration. It was reported to be the Indian name of a Mohican tribe or family which had inhabited the lands near and along the shore of Long Island Sound approximately from New Rochelle to Hell's Gate in the Bronx."

The service plate has a wide and deep yellow border surrounded by two black lines, and in an atypical design choice, the well is filled with the image of a Native American Indian. Larry Paul notes that the club was listed as a customer in a 1931 Scammell catalog.