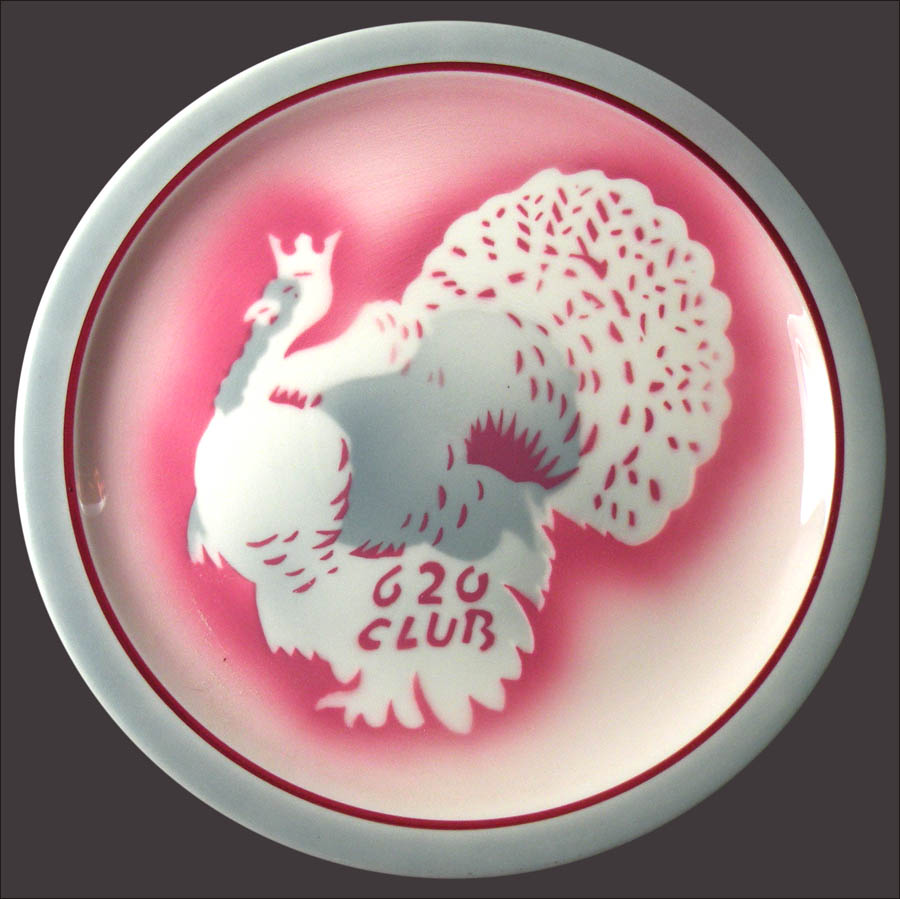 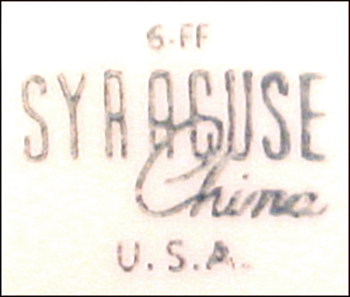 Notes: In 1933, Max Winter (1903 – 1966) opened the 620 Club with partner and boxing manager/promoter Ernie Fliegel. Located at 620 Hennepin Avenue in Minneapolis, the restaurant specialized in turkey and by the late 1950s was selling more of it than any other eatery in the United States. The club closed in 1965. For additional information about the 620 Club and its location in Minneapolis click here.

White body. Wide grey band on rim with deep maroon line on verge. Grey of rim and turkey are the same. Airbrushed turkey with varigated light pink going into the same maroon as the line on the rim. No white on front.