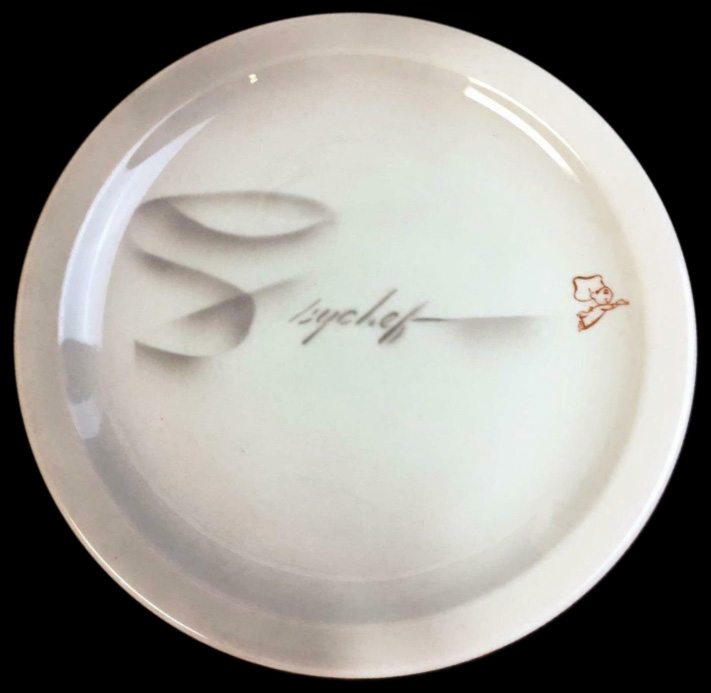 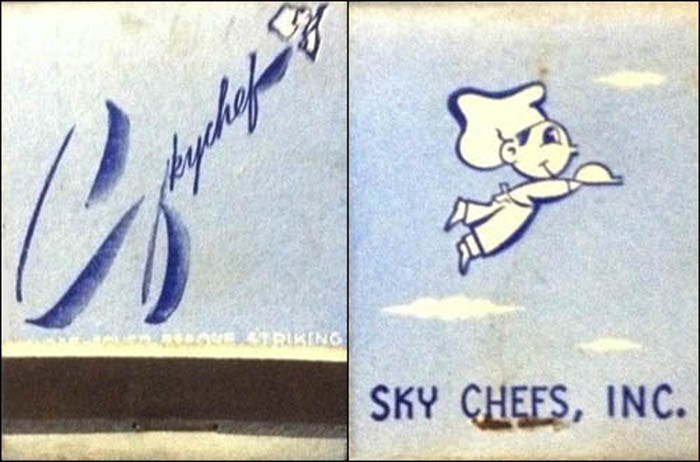 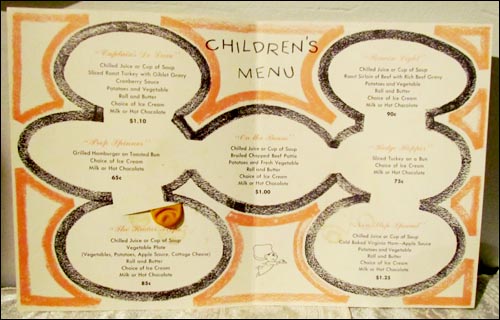 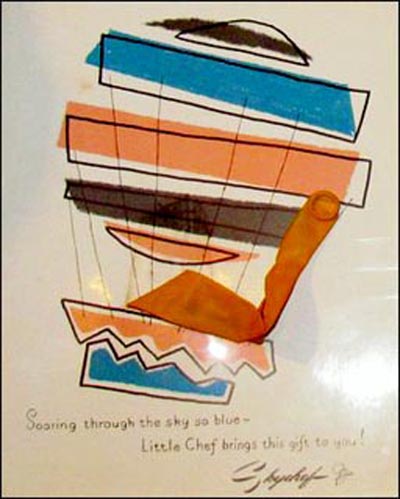 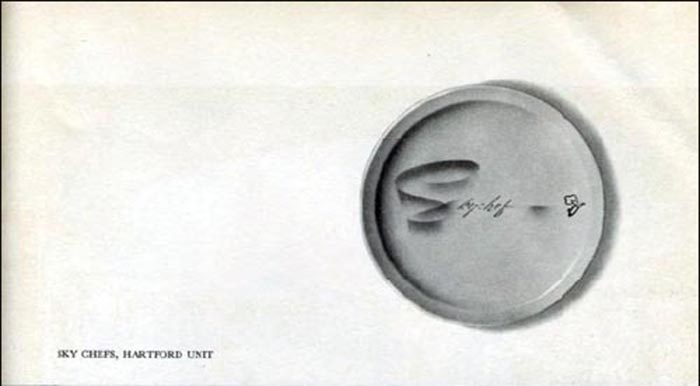 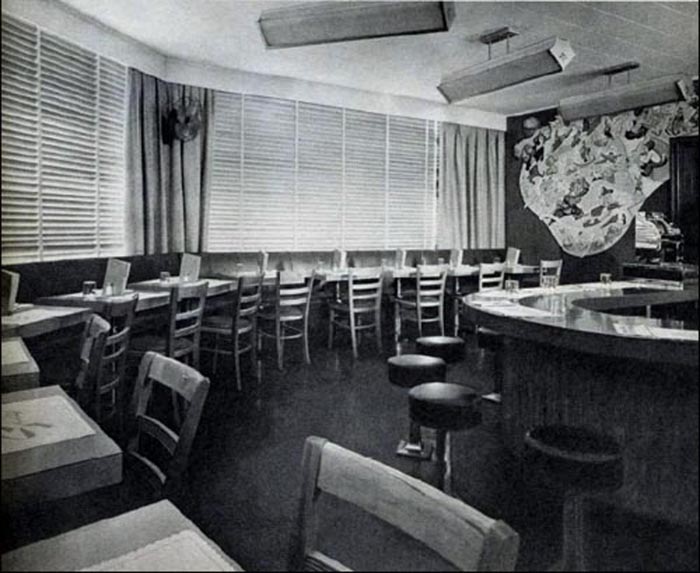 Notes: Sky Chefs Inc. was incorporated in Texas in 1942 as a wholly-owned subsidiary of American Airlines to provide in-flight food and beverage catering services.

The business was sold in 1986, and in 1993, LSG, a company owned by Deutsche Lufthansa AG (Lufthansa German Airlines), acquired 23 percent of Sky Chefs and changed its name to LSG Sky Chefs. It is still in business today (2017).

The design depicts a small flying chef with red outline glancing back at the skywriting airbrushed words Sky Chef in gray.