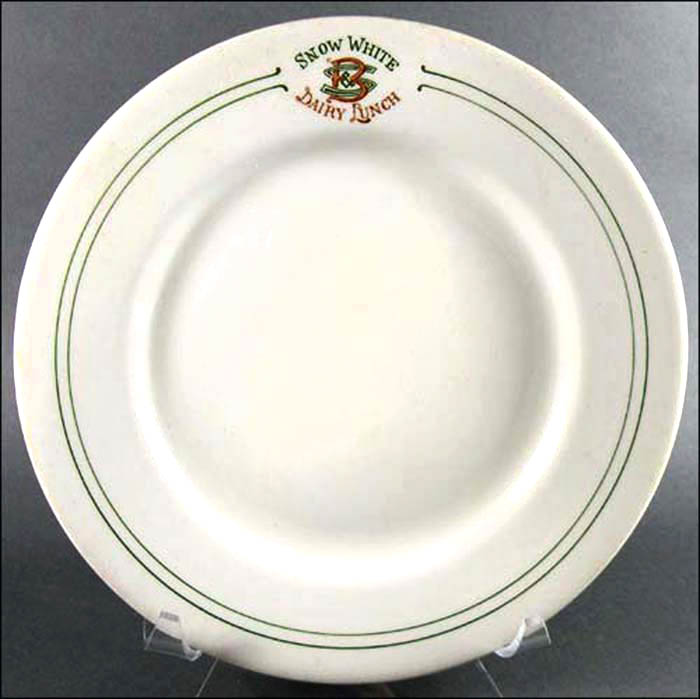 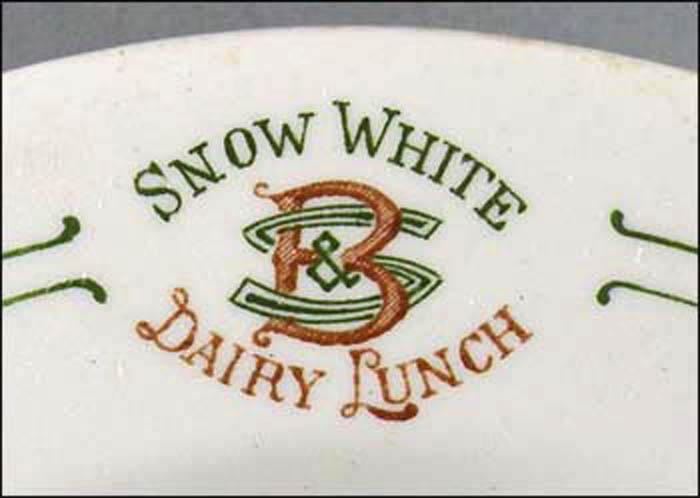 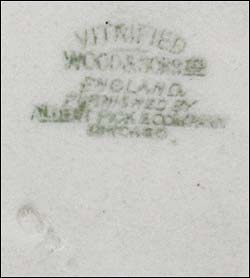 Notes: Several locations for Snow White Dairy Lunch have been found in Iowa, including Waterloo, Fort Dodge, Mason City, and at least two restaurants in Cedar Rapids, with dates ranging from 1913 to 1931. The first restaurant seems to have been at 313 Third Avenue East in Cedar Rapids.

One owner of the restaurant chain was Lou Scellars of Cedar Rapids, and that could account for the S in the company's monogram. A good friend of Scellars (based on the society columns of the day in the Mason City Globe Gazette) was Ward E. Baker, who was director of Baker Paper Company in Cedar Rapids that supplied wholesale paper and grocery supplies. It is simply a guess that Baker's name contributed the B to the monogram. However, as you'll see in the ad below, proprietor of the Fort Dodge Snow White was W. H. Bacon, adding another possibility for the monogram's B.

The simple design consists of two concentric green lines on the rim that end in curlicues and between them is the restaurant's logo: SNOW WHITE in green arching above; DAIRY LUNCH in red arching below; and in between the monogram S&B or B&S in red and green.