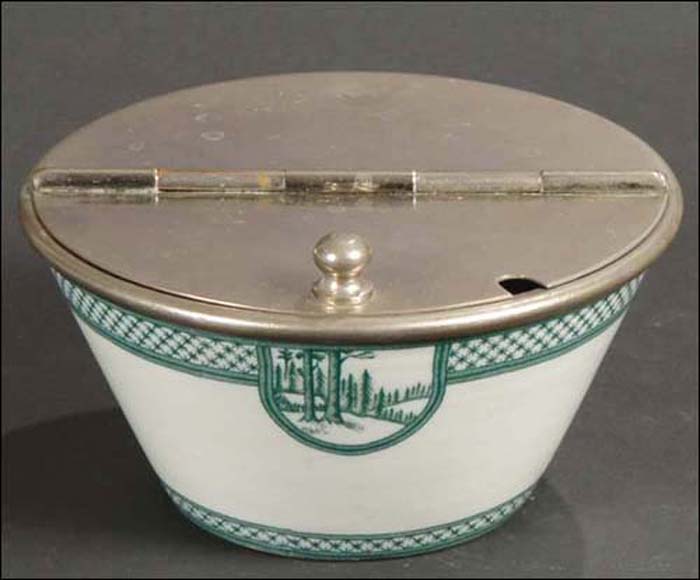 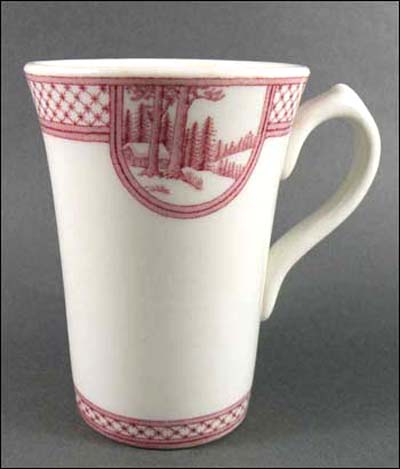 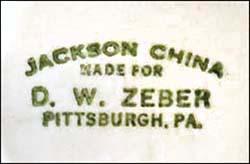 Notes: This line developed by Jackson China was marketed specifically for soda fountains and was offered in either pink or green. Distributor was D.W. Zeber in Pittsburgh, Penn. This ID is based on a two-page spread in a circa 1916-1930 Jackson China catalog, from James Strano's "Jackson China":

"When soda fountains were few and far between, the man behind the counter only needed a few flavors – but today with competition keen as a knife – the way to a man's heart is not always thru his stomach – but first thru his eye.

"JACKSON has developed for the ultra modern fountain this special design – creating a [sic] atmosphere of coolness and beauty by combining a winter scene with borders and panels in the latest vogue.

"THESE items on your fountain will never see a LAZY DAY!"

Each piece – whether in pink or green – has a semicircular central design of a log cabin surrounded by massive fir trees that is intersected by a crosshatched border.