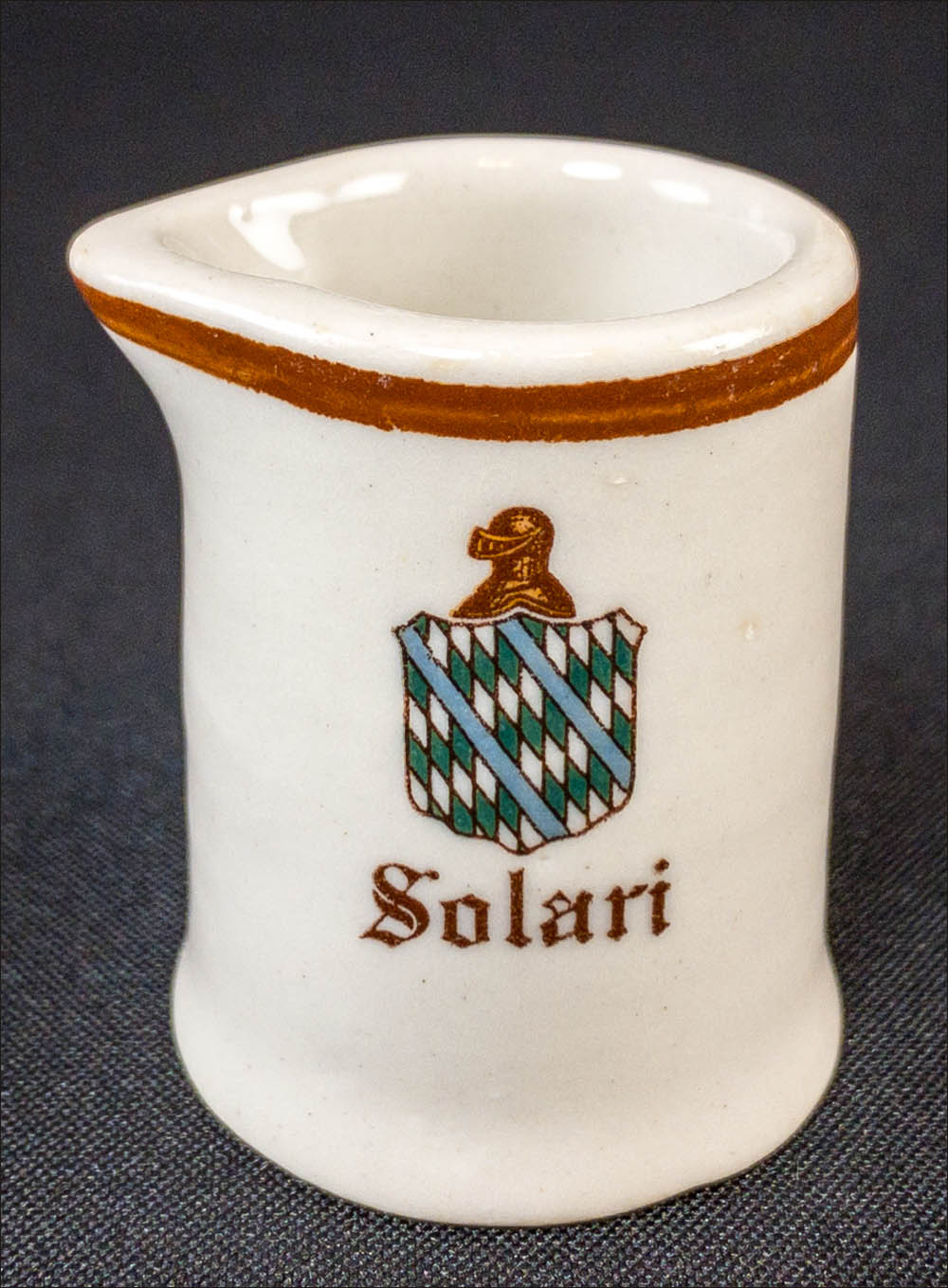 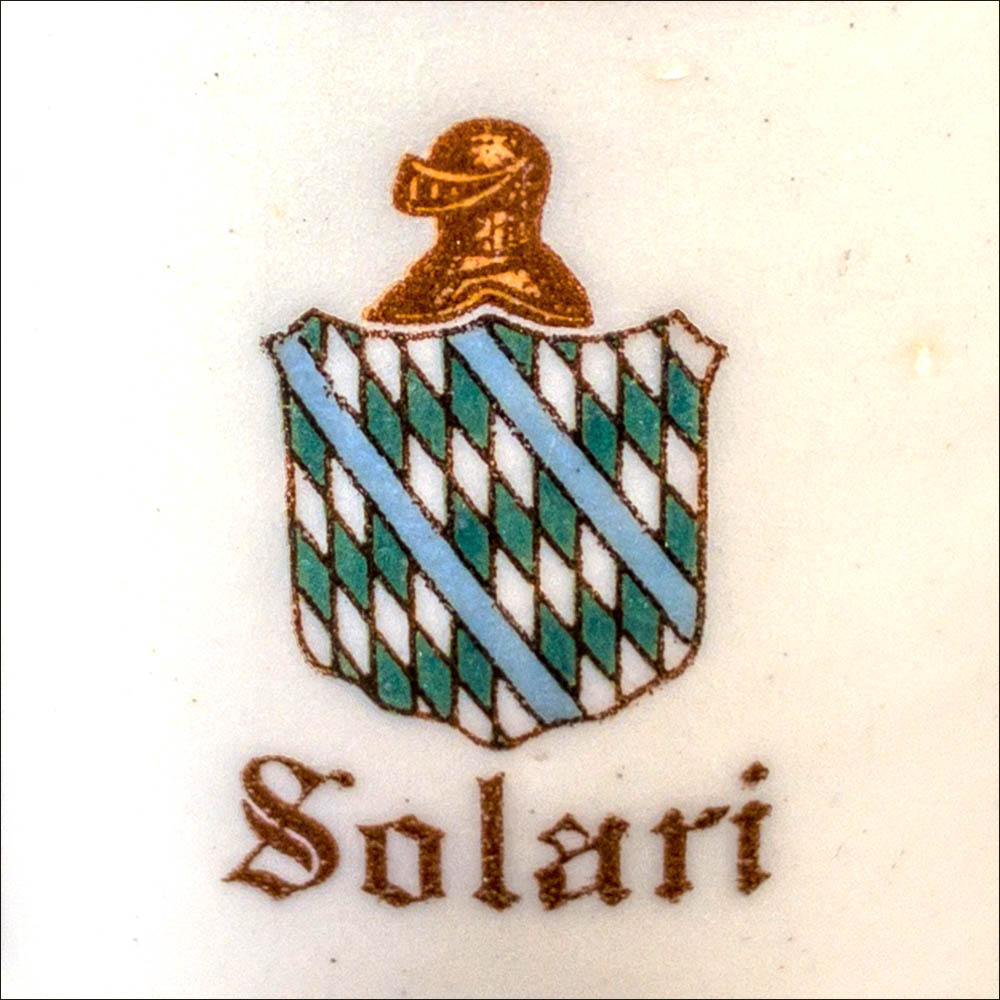 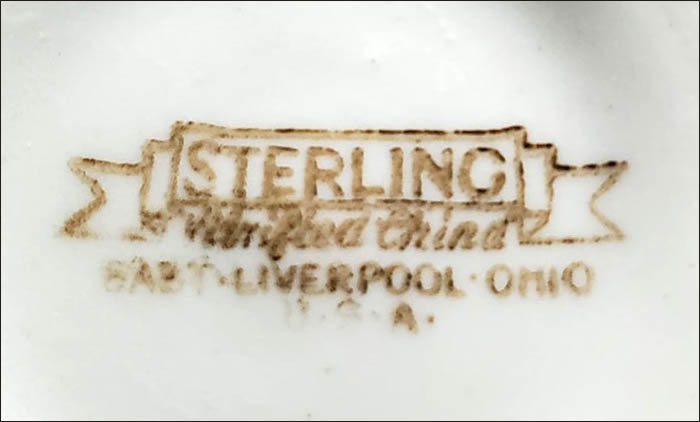 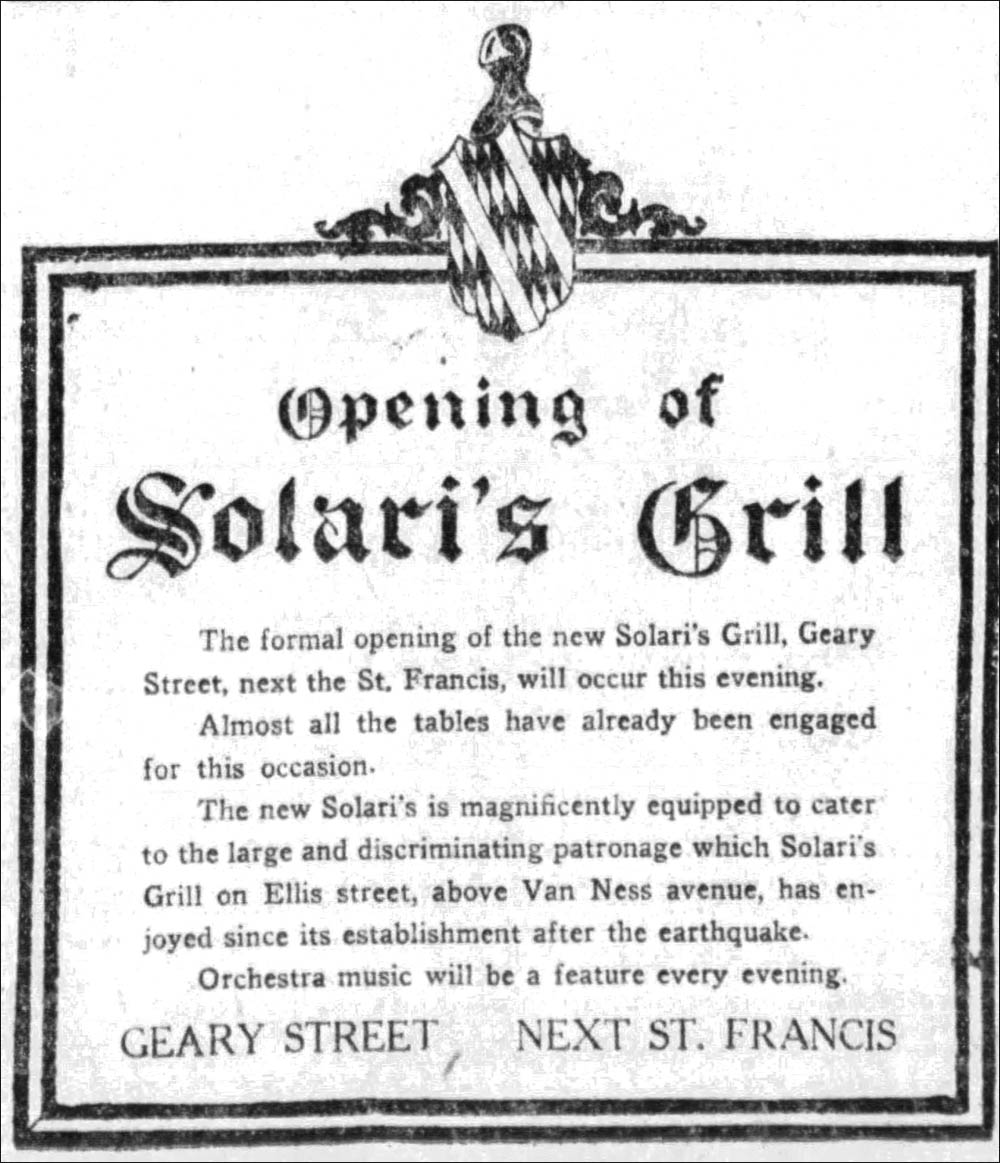 Notes: The original Solari's Grill was located at 911 Ellis Street near Van Ness Avenue and opened on July 14, 1906. After success at the first location, Camille Solari and his brother Fred moved the restaurant to 354 Geary Street next to the St. Francis Hotel in San Francisco and opened on April 4, 1908 (see ad from that date in The San Francisco Examiner, above). Fred went out on his own in 1913, opening a Fred Solari's restaurant on 19 Maiden Lane. Camille continued to operate Solari's Grill with his wife Mary (Kelly) Solari until his death in 1917. Mary is listed as the proprietor of Solari's Grill in the 1925 San Francisco City Directory. Mary Solari died in 1949. Eventually the restaurant was sold to a former busboy, Joe Ghiggia. On November 13, 1957, after the closing of nearby venues, The Geary Theatre and The Curran Theatre, Solari's closed its doors permanently, after a run of over 51 years.

The topmark consists of a copper-colored armor helmet facing left, atop a shield emblazoned with two light blue left-to-right diagonal stripes on a field of alternating rows of white and green diamonds. Below is the surname Solari in English Blackletter.