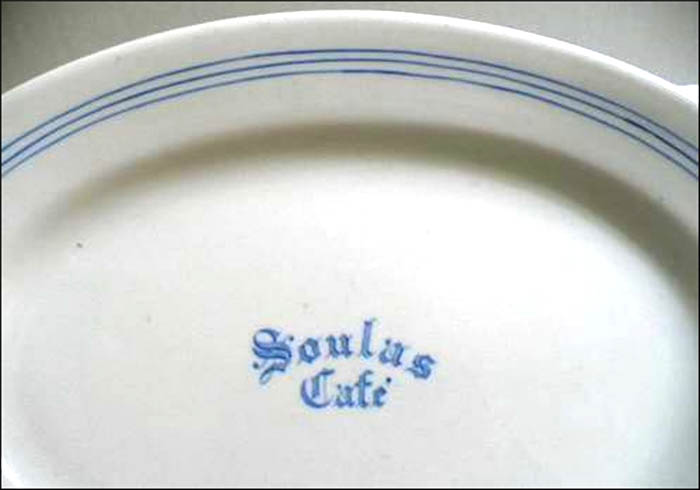 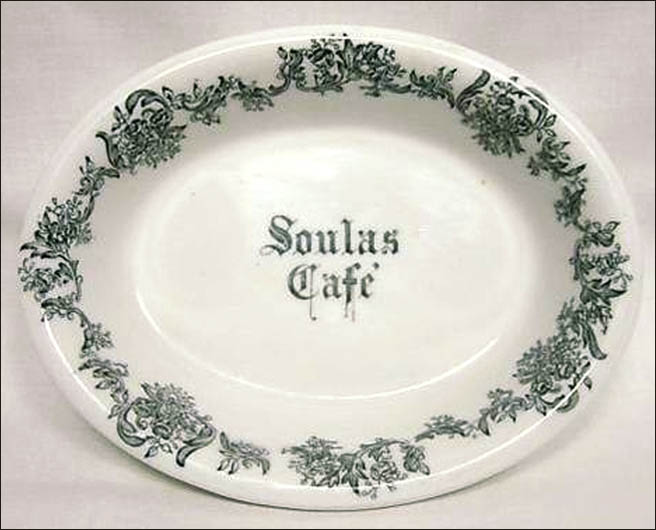 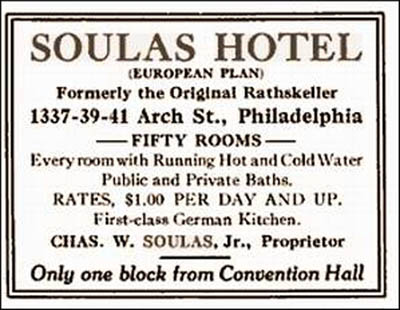 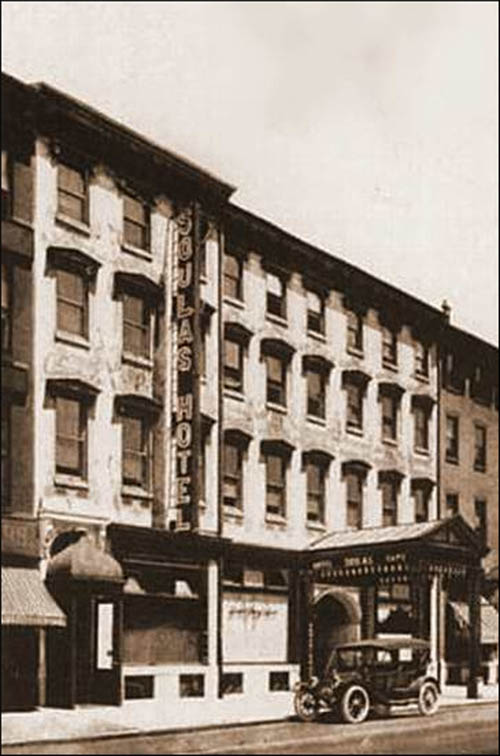 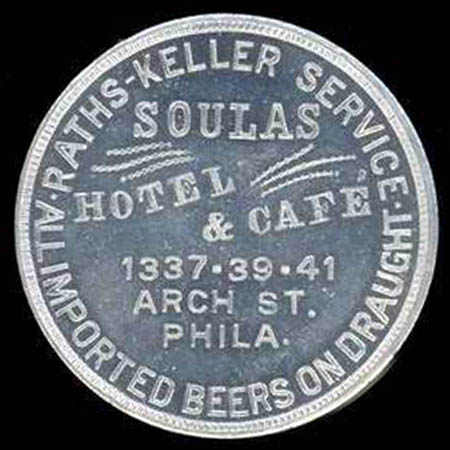 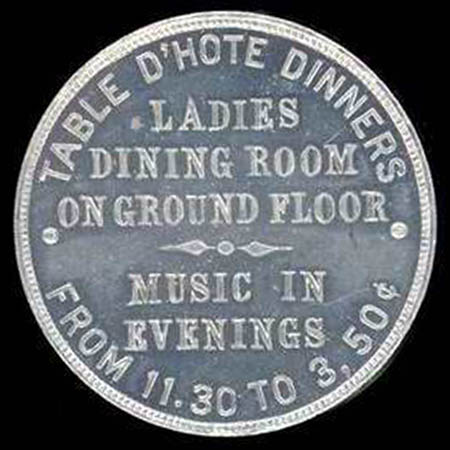 A few years later, Soulas Sr. moved to the basement of the new Betz Building in Penn Square, changing the name of his restaurant to Soulas' Cafe and Rathskeller. This venue, located on the east side of Broad Street above Chestnut, opposite City Hall, was lavishly furnished and had three separate entertainment areas: one for ladies only, one for ladies with gentlemen escorts and another for men only. Based on local advertisements and directory listings, Soulas Cafe' & Rathskeller was a well-established venue from 1894 through circa 1904.

By 1914, Charles (Chas) W. Soulas Jr. had established his fifty-room Soulas Hotel & Cafe' located at 1337-39-41 Arch Street near the downtown Philadelphia Convention Hall, catering primarily to prominent businessmen. This venue, as evident by the token shown above, had a Cafe with a ground floor Ladies Dining Room. The hotel also had an Altdeutsche Bier-Stube – a German Beer Parlor for men on the second floor, decorated with heavy wood furnishings and large antler chandeliers.

These two pieces with distinctly different designs were both manufactured by the Greenwood Pottery Co. between 1886-1910. It is likely that one design was used at the first Soulas Cafe' owned by Chas W. Soulas Sr. and the other at the Soulas Cafe' operated by Chas W. Soulas Jr.; however, since both pieces have the same backstamp, it is difficult to discern exacty which piece was used where.