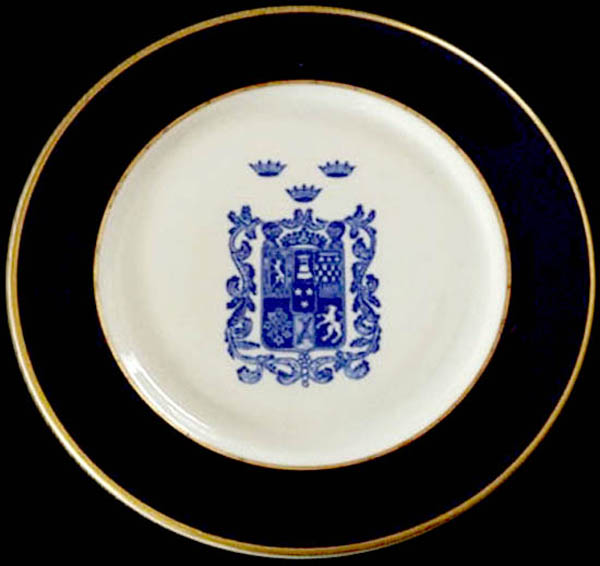 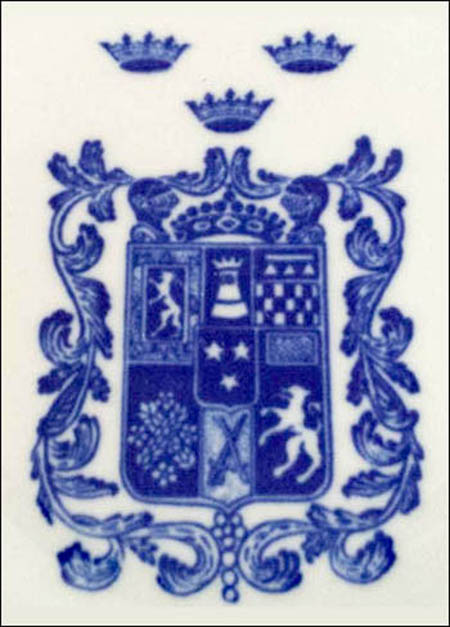 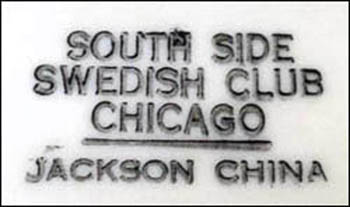 Notes: The South Side Swedish Club of Chicago was formed to meet the community desire for an ethnic meeting place, and was first located in the heart of the Swedish enclave, near Andersonville. It was later located, and very active through the 1950s-1960s, at 7330 S. Ridgeland. Meetings, festivals, ceremonies and similar events ere held at their club location. However, the dispersion of original residents and dilution through new and different ethnic interests led to the cub closing, with the property eventually being held by the Nation of Islam.

Cast in white with a broad deep blue edge flanked with gold overglaze pinstripes, and a deep blue crest in the well composed of elements of Swedish coats of arms.

For more info:
South Side Swedish Club 1 by Shenango