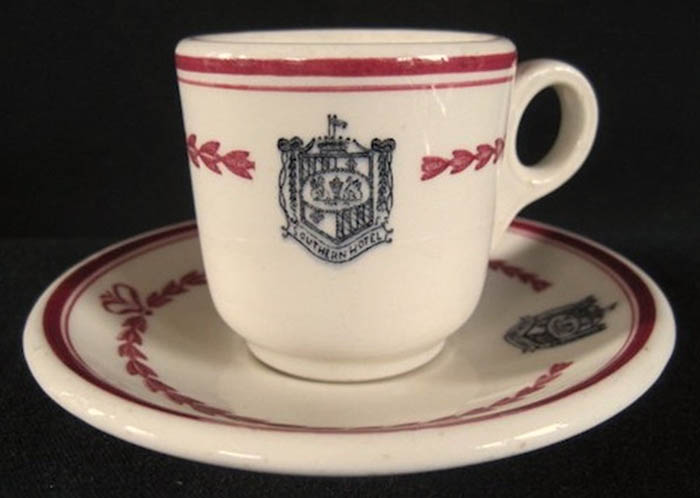 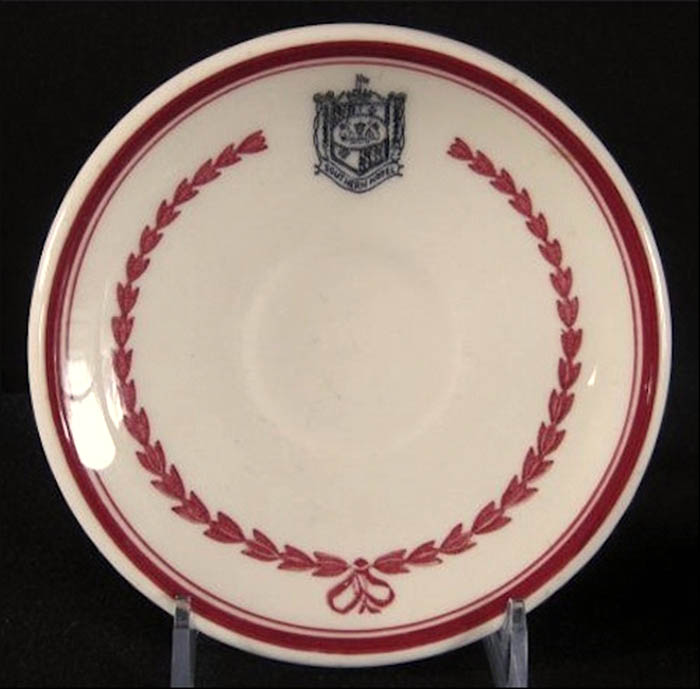 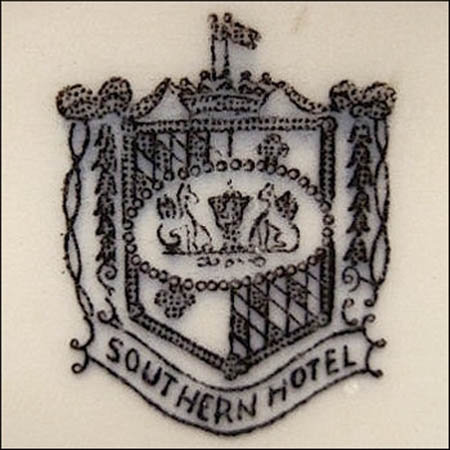 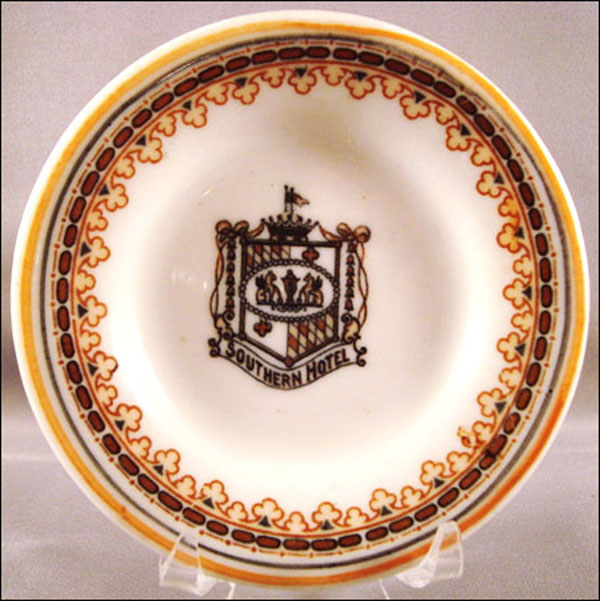 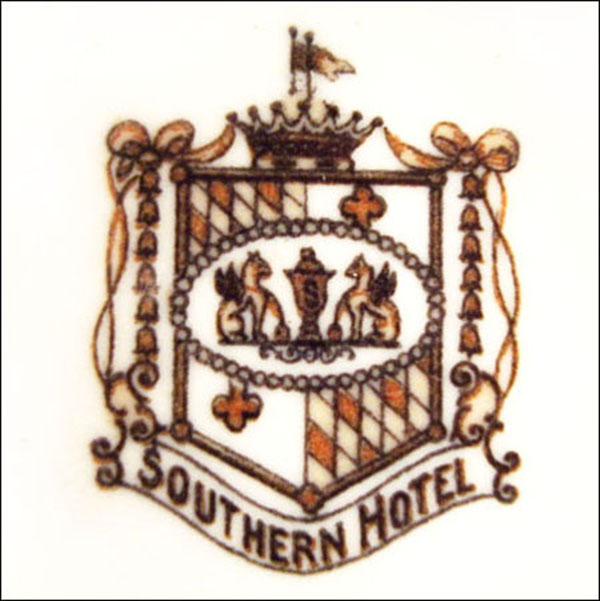 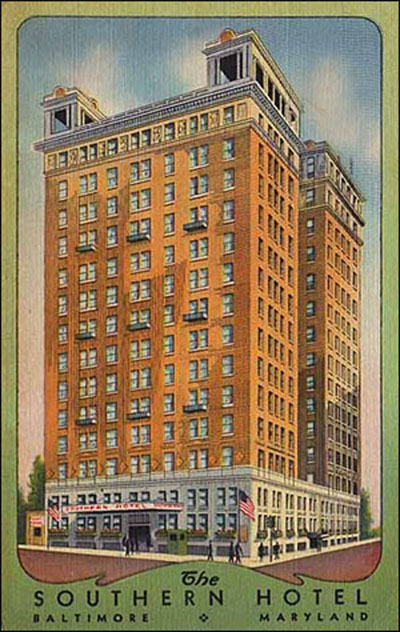 Notes: The Southern Hotel was located on the corner of East Redwood and Light streets in Baltimore, Maryland. The 14-story, 400-room hotel was designed by Otto B. Simonson and built by Abraham J. Fink. The hotel opened March 7, 1918, and became known for the posh nightclub on its roof, the Spanish Villa. The Southern Hotel closed on December 10, 1964.

The Southern Hotel was erected on the site of the famous Old Fountain Inn of Colonial days, where General George Washington and his staff were entertained. It was one of the best known hostelries in this part of the country and remained a landmark until 1871. The following year, the Carrollton Hotel was erected on the site, being quite up to date for the times and named after Charles Carroll of Carrollton, the last survivor of the signers of the Declaration of Independence. The Carrollton Hotel was destroyed in the great Baltimore fire of 1904.

In 1967, the Southern Hotel building was purchased by the Maritime Engineers Beneficial Association, which operated a seaman's training center there until turning off the lights for good in 1984. The old structure remained vacant for many years and was razed in December 1999.

Unknown Manufacturer: White body with yellow, brown, silver and black decoration and lettering, shield crest with crown and flags atop and ribbon banner "Southern Hotel" below.