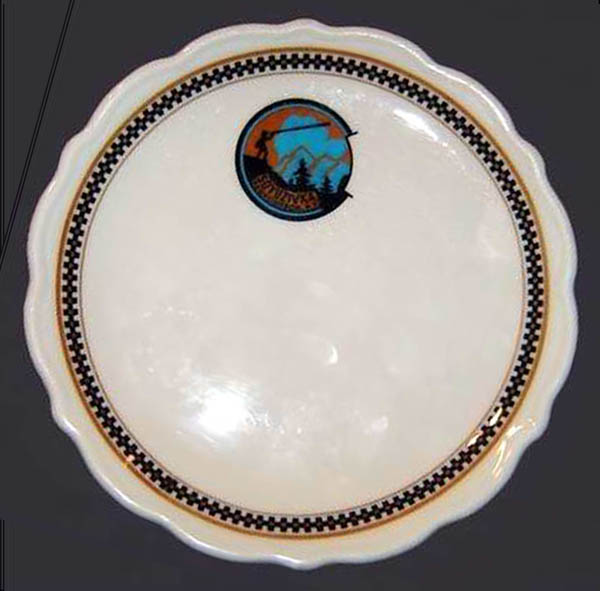 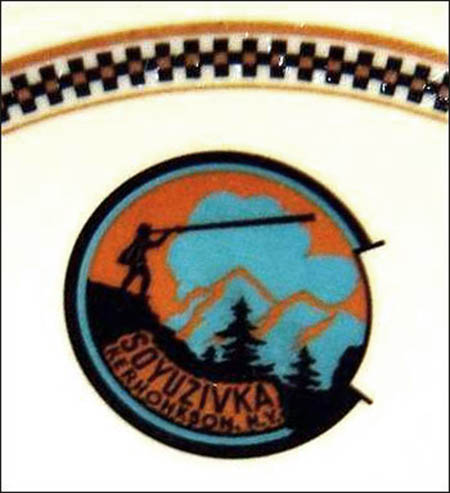 Notes: The Soyuzivka is a Ukrainian resort in the Catskills at Kerhonkson, New York, run by the Ukrainian National Association. Their current website still uses a logo similar to the plate logo.

This is one of many Slavic and Jewish resorts that were established outside of New York City, and sometimes were collectively referred to as the "Borscht Belt." This series of non-related, but ethnically connected resorts achieved somewhat of a national notice in the 1987 movie "Dirty Dancing."

White scalloped body with a border consisting of brown lines on either side of a black & brown railroad track design. Topmarked with the offset Soyuzivka logo of a person blowing a longhorn, standing on a hill overlooking black forest trees, against an orange & blue skyline. The logo is ensconced in a black letter "C" — which may be due to the form of the Cyrillic letter for "S," which is a "C."