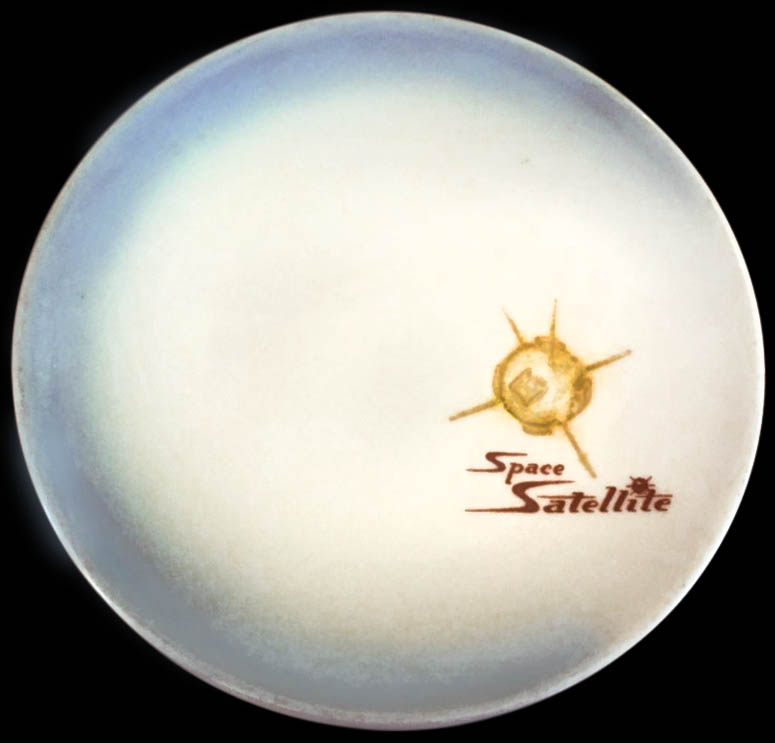 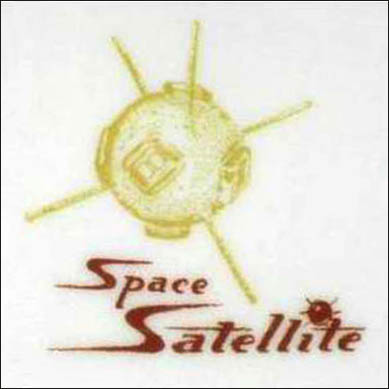 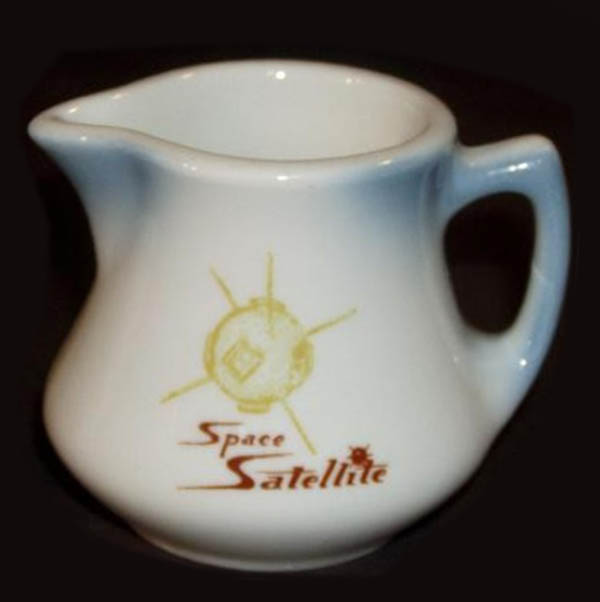 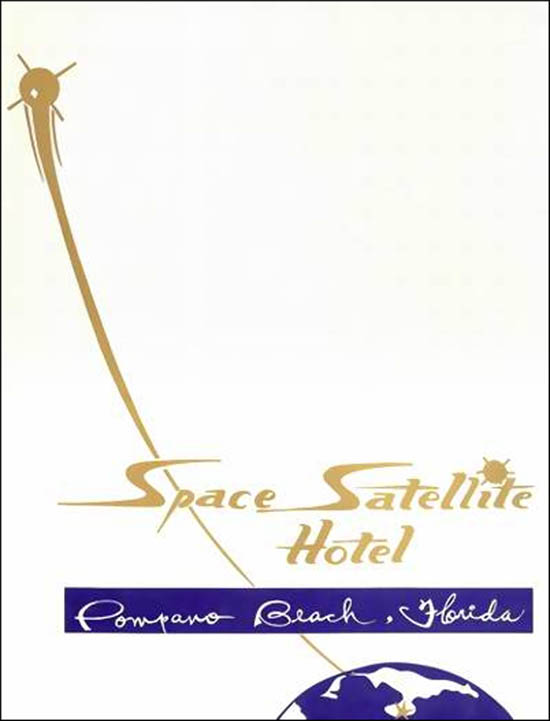 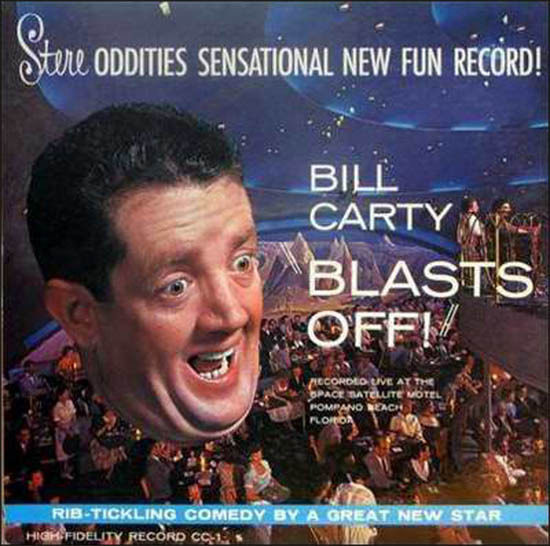 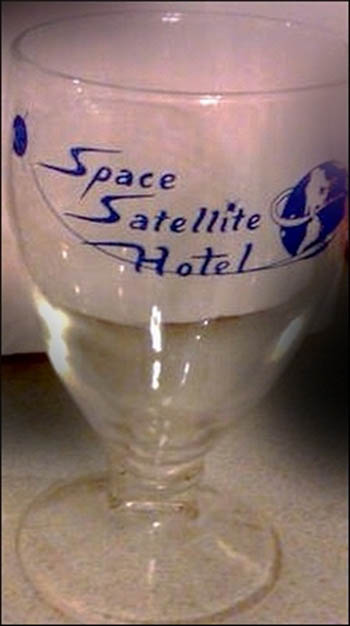 Notes: The Space Satellite Hotel (some references refer to it as a motel) was located at 1450 South Ocean Blvd, Pompano Beach, Florida. The phone number for the venue was Whitehall 1-6100.

Comedian Bill Carty recorded his "Blasts Off!" album – labeled as "Rib-tickling comedy by a great new star" – at the Space Satellite in the early 1960s. The album cover below shows the venue's large circular bar (to the right of Carty's oversized floating head) with performers in the middle. The Space Satellite's cocktail lounge layout was later adopted by Las Vegas venues.

White body with an airbrushed rim pattern in light blue, satellite illustration in yellow and the words "Space Satellite" in bold, stylized red lettering. The satellite image appears to be the Vanguard I, launched in 1958.
Glass photo contributed by Babcock