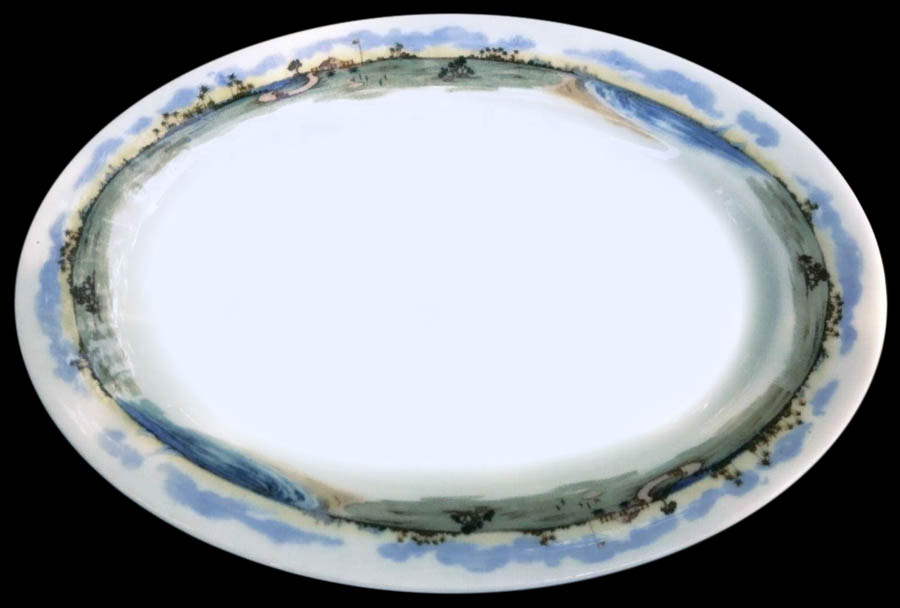 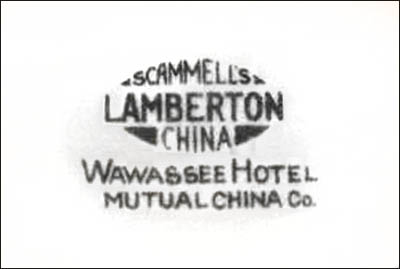 Backstamp Note: the hotel name is spelled incorrectly with one additional "s" in WAWASEE 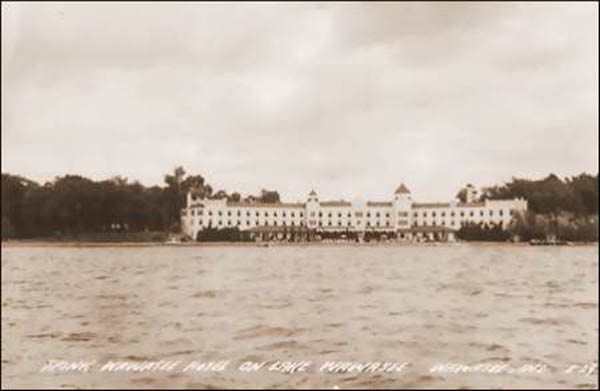 Notes: Located on the north shore of Lake Wawasee — a large natural lake southeast of Syracuse, Indiana — the 150-room Spink Wawasee Hotel was built by the Spink family of Indianapolis in 1925 on the site of the original Wawasee Inn, which was destroyed by fire in 1918. This site was the same location of the Cedar Beach Club, which was also destroyed by fire in 1891.

Following the deaths of the Spink family owners, the hotel was sold to the Crosier Order of the Roman Catholic Church and after extensive remodeling, opened its doors on August 15, 1948 as Our Lady of the Lake Seminary to 118 students. In 1965, the physical plant was purchased and the name of the seminary was changed to the Wawasee Preparatory and became a co-ed school during the 1970s. Later the seminary was known as Wawasee Prep until the school closed its doors the summer of 1975. As of 2011, the former hotel/seminary/prep school is a luxury condominium. (Source: Wikipedia)

Lamberton China body with a border design featuring the Spink Wawasee Hotel along a lake shoreline scene in shades of brown under a pale blue sky.