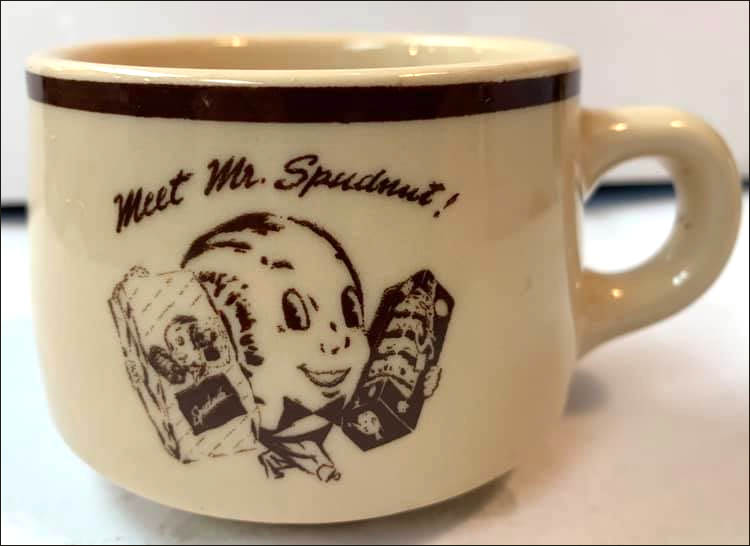 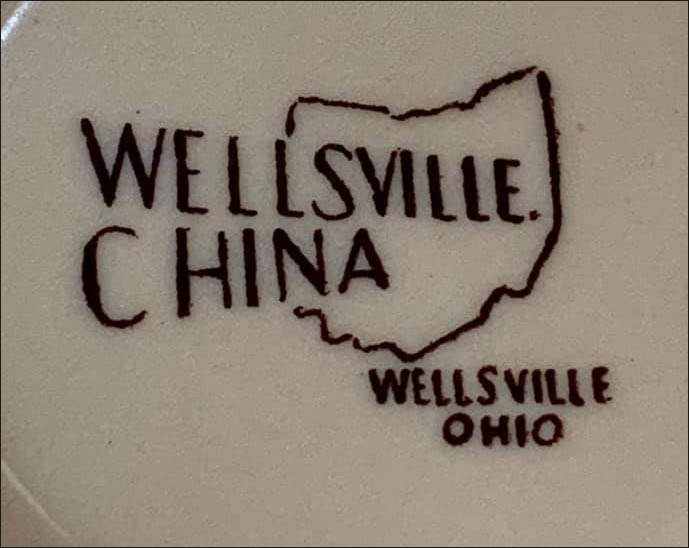 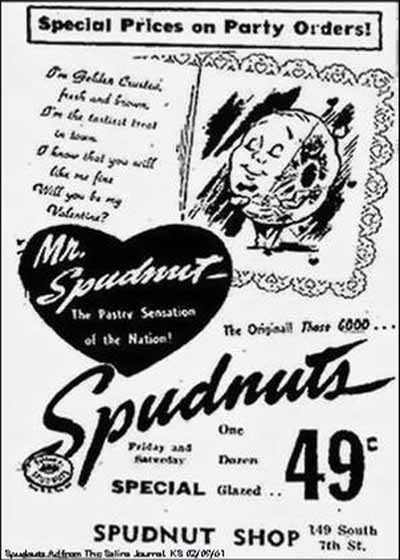 Notes: Spudnuts was a nationwide donut chain created by brothers Albert and Bob Pelton of Salt Lake City in 1946. A spudnut is a potato flour donut from a folk recipe that traces back to Germany. Originally made with mashed potatoes, the Spudnuts gained popularity when the Peltons perfected a dry recipe donut mix, enabling the chain to spread quickly. By 1948, over 200 Spudnut Shops existed across the country. Spudnuts were advertised with the slogan, "Coast to coast…Alaska to Mexico." The cartoon character Mr. Spudnut appeared in ads, restaurants and even parades of the time. By the 1980s, the parent company was gone and the Spudnuts brand lost significant popularity, but it did not disappear completely — some 35 Spudnut Shops in 9 states are confirmed to exist today. (Source: Wikipedia)

Tan body with brown image of Mr. Spudnut cartoon character holding a sack of donuts in one hand and a small box of donuts in the other hand. The words, "Meet Mr. Spudnut!" appear in script above the character's head and there is a brown stripe border around the plate rim and cup rim.