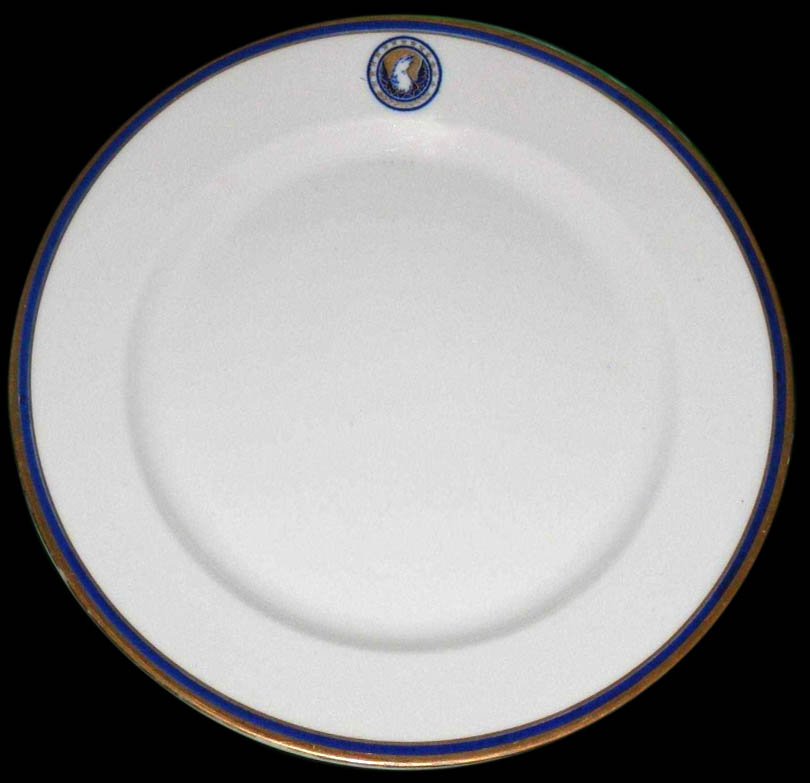 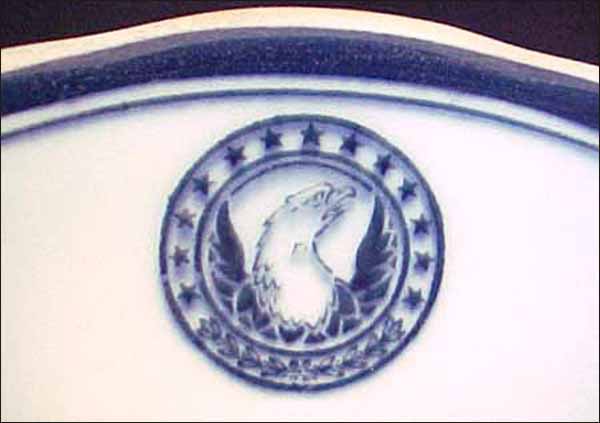 DETAIL FROM ICE CREAM SHELL, DECEMBER 1922. SAME DATE AS PICKLE DISH, BUT PRESUMABLY FROM A DIFFERENT PASSENGER CLASS SINCE IT LACKS THE GOLD. 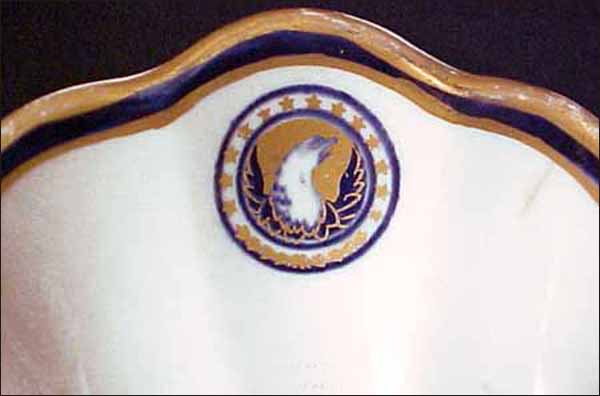 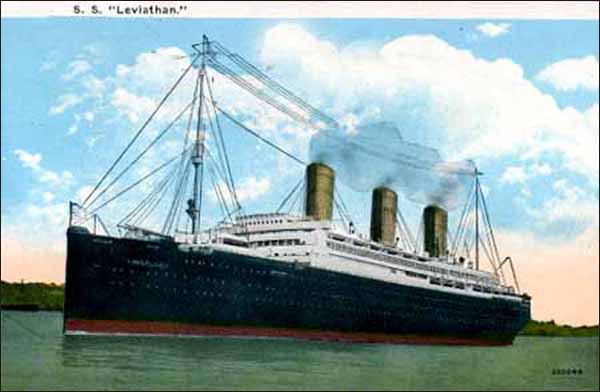 Notes: The 950-foot, 54,282-gross ton SS Vaterland was launched in Hamburg, Germany April 13, 1913. When WWI broke out she was laid up at her Hoboken, NJ Terminal for nearly three years. She was seized by the USSB when the US entered WWI, April 6, 1917. Renamed Leviathan by Pres. Woodrow Wilson, she carried many thousands of troops back and forth across the Atlantic. After the war, the ship completed renovation by June 1923 and became the U.S. Flag Ocean Liner Leviathan. She was laid up in 1933 and was sold Dec. 10, 1937 to a British firm and was broken up over the next two years.