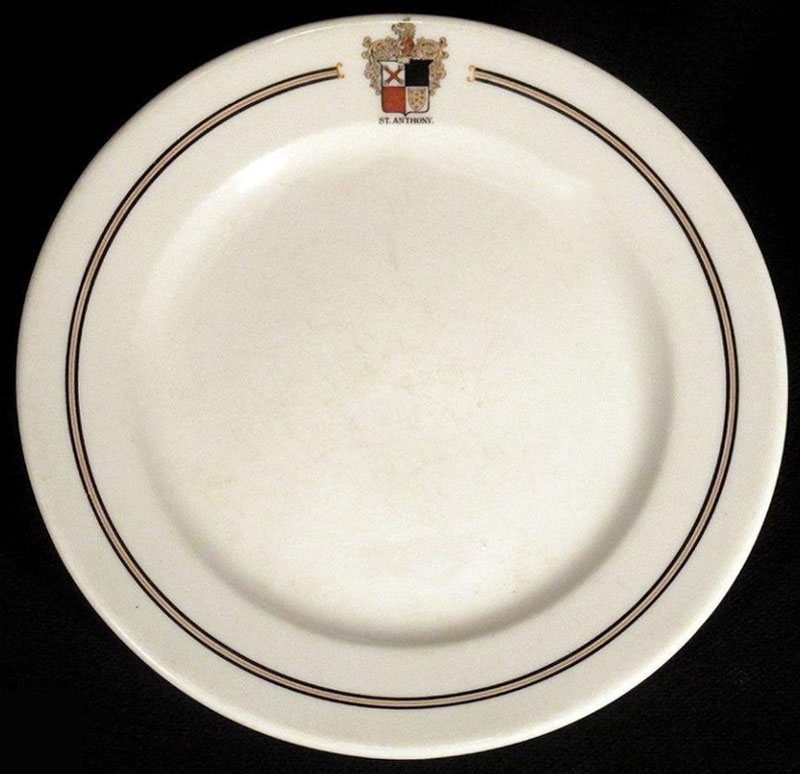 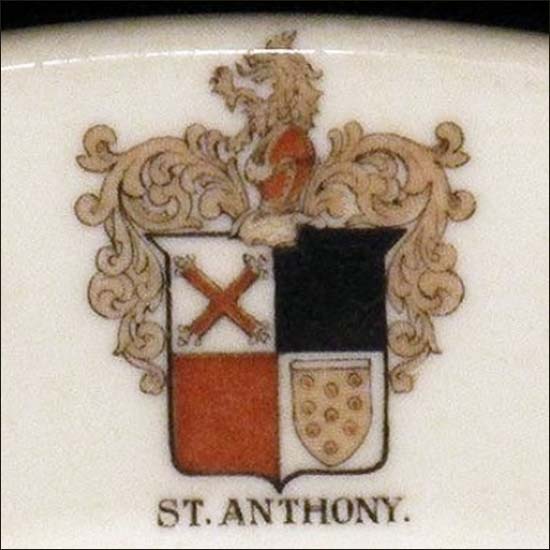 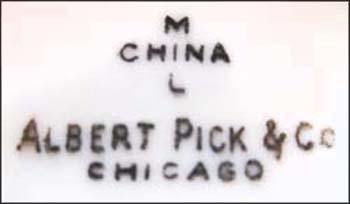 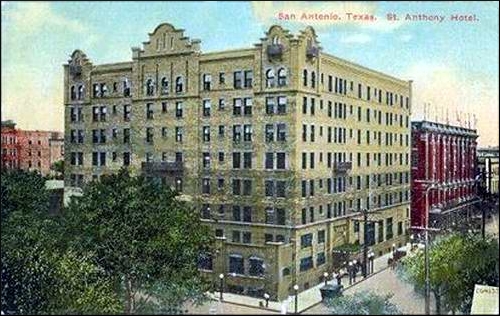 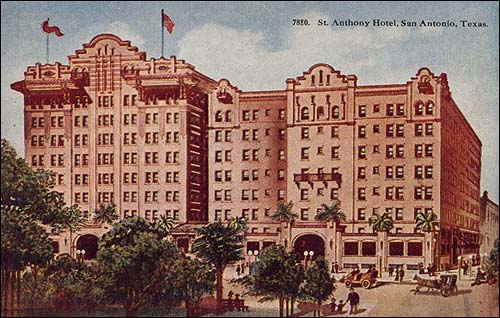 Circa 1910 - the new annex is depicted on the left, while the original hotel is on the right. 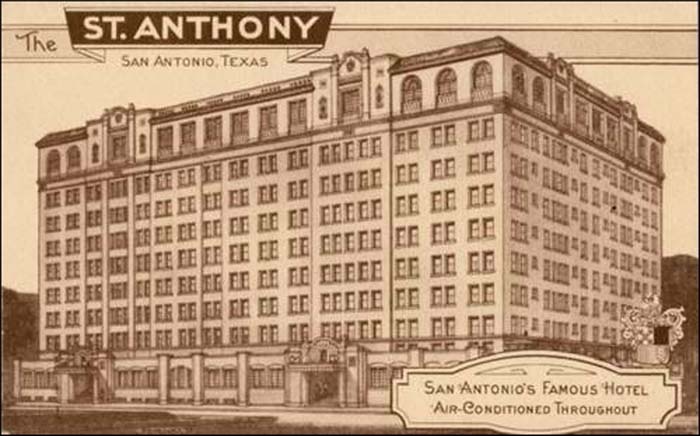 "Only a few days into the christening of 1909, The St. Anthony Hotel opened its doors to droves of anticipative patrons. Positioned as one of the most modern hotels ever created, visitors marveled at illuminated closets, bedroom lights that turned off when the door was locked from the outside, and the use of their very own private bath and toilet. Following their grand opening, the hotel recorded a blistering year in revenue, allowing the financial backbone to create another tower before the year was through. Doubling capacity to a monstrous 430 beautifully furnished rooms, The St. Anthony was now being mentioned by the elite classes in the same breath as the Waldorf-Astoria Hotel in New York. By 1915, rates began at $1.50 and the history of the St. Anthony had only begun."

The original hotel was an eight-story structure with approximately 200 rooms.

The new annex completed circa 1910 brought the room count to 430. In the postcard above, the new annex is depicted on the left, while the original hotel is on the right. By 1911, "there were five cafes and the Roof Garden, with perfect cuisine and service, immense verandas and the largest and most beautiful lobby in the United States. Rates without private bath but with toilet and lavatory $1.50 per day and upward. Rates with private bath from $2.00 per day upward."

The ad in the 1918 Hotel Red Book (HRB) states, "500 Rooms – 500 Baths." The 1933 states: "Operating the South's finest Dining Room, Patios, Sun Room, Grill Room and Coffee Shop." The 1935 HRB still shows the hotel and annex being separated. The 1938 HRB shows the renovation that brought the buildings together, along with another story that was added to the entire structure; the renovated hotel was completely air-conditioned.

By the early 1940s, the Anacacho Room opened for dining and dancing with famous orchestras. Renovations to the interior brought the room count to 600. From the St. Anthony Garage, rooms were accessible by elevator.

In 1956, the Auto-Lobby opened. Guests would drive into the garage, register at the Auto-Lobby and take an elevator to their rooms. In 1960, the public rooms were decorated by Dorothy Draper. The Charles V and Madrid Dining Rooms opened in the late 1960s with outstanding food and service.

The 1988 Hotel Red Book listed the hotel as the St. Anthony Inter-Continental Hotel with 360 room/suites.

In 2011, it is The St. Anthony Riverwalk Wyndham Hotel.

White body footed egg cup with a black line, gold line and another black line around the cup, broken by a four-section shield surrounded by acanthus leaves with a helmet above shield.