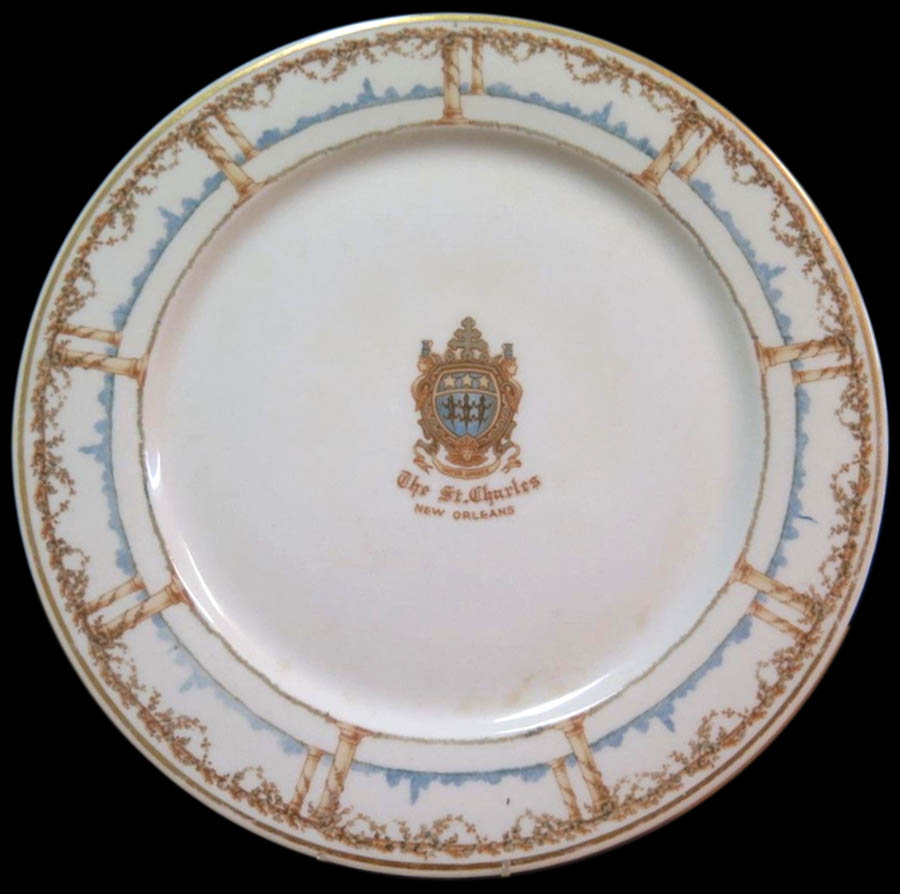 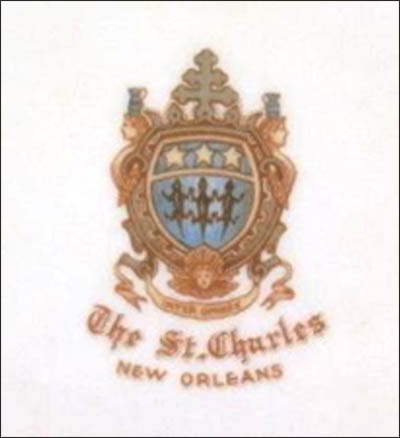 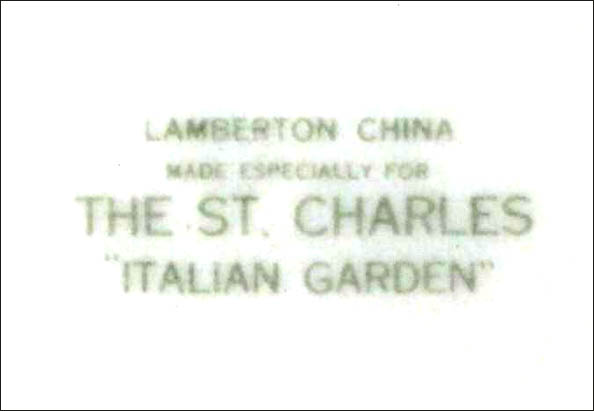 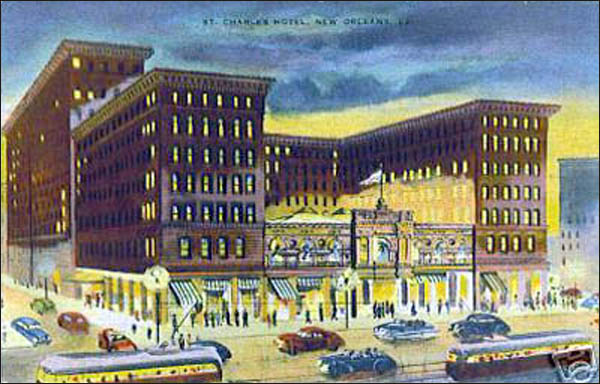 Notes: This was the 3rd St. Charles Hotel built at 201 St. Charles Avenue, New Orleans, LA. The two earlier structures burned to the ground. This 500-room hotel became the Sheraton-Charles in 1961. It was demolished in 1974 to build the Place St. Charles (formerly the Bank One Center and First NBS Center) — a 53-story, 645 foot-tall skyscraper completed in 1984.

The elaborate plate design is done in subtle tones of brown, gold, gray and light blue, with a border of columns connected by intertwining grape vines. The center plate logo is a crest with a cross on top, three stars and three lizards in the center and a mast head at the bottom. The crest is flanked on each side by a female centurion and there is a banner beneath the mast head that reads "INTER OMNES" (AMONG ALL) and the words "THE ST. CHARLES, NEW ORLEANS" appears beneath the crest on a Lamberton China body.