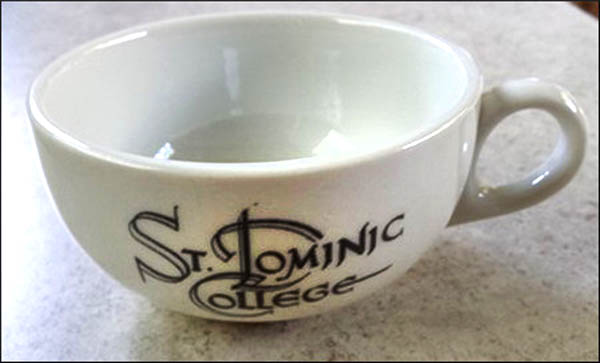 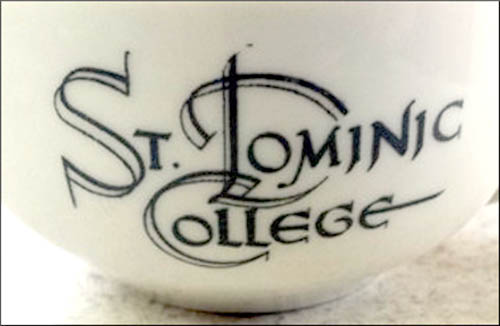 Notes: St. Dominic College was built in St. Charles, Illinois on land donated by the philanthropic Norris family. The Dominican sisters opened and ran this women's college in 1963, but financial troubles forced the closure at the end of the school year in 1970. The well-built venue was purchased by the Arthur Andersen firm, which then used the facilities as an executive training center. Following Arthur Andersen's conviction after their audit of Enron, and the resultant surrender of their license, the facilities are now known as the "Q" Center.

White body with gray shade decal logo of the name of the school in modified script on one side.

ID and photos contributed by matthane1