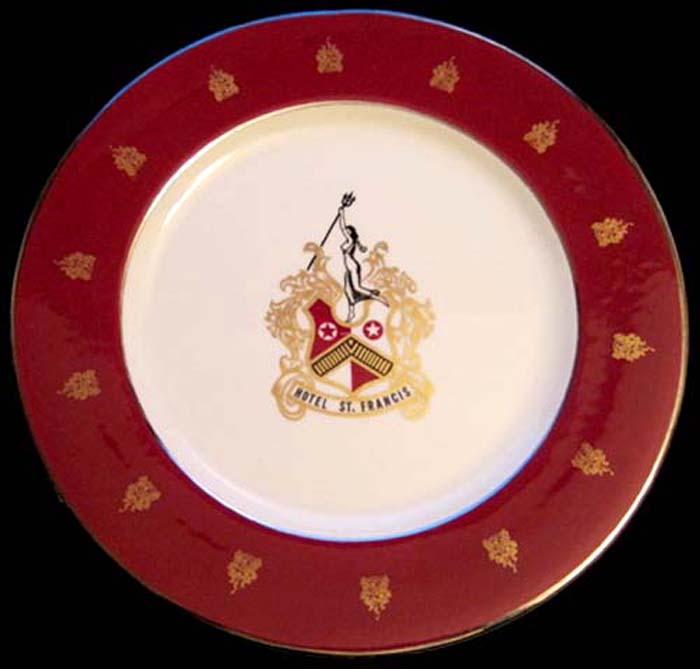 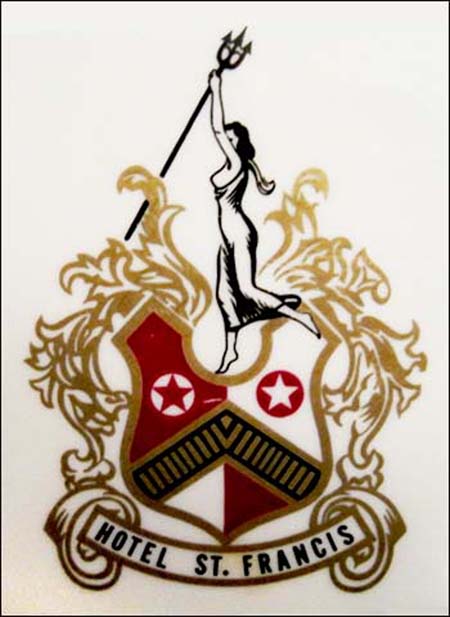 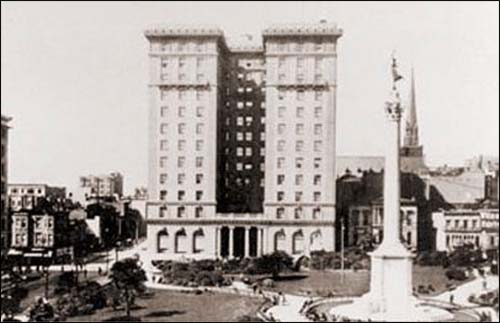 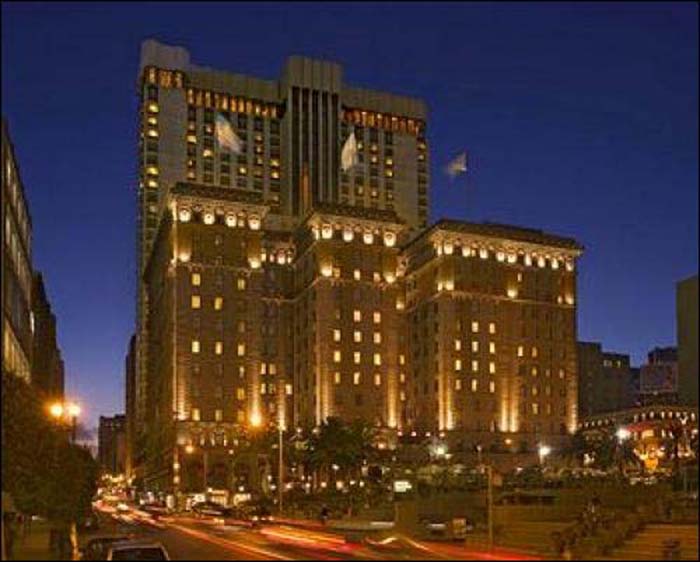 Notes: According to the St. Francis Hotel's history page, the guardians of the Charles Crocker family announced plans to build The St. Francis at the turn of the century with the vision to make San Francisco the "Paris of the West." After studying Europe's grand hotels – from those in Berlin, Vienna, and Monaco to Claridge's in London and The Ritz in Paris – construction on the original St. Francis began. The hotel was designed in the Beaux-Arts style by Bliss & Faville.

Two years and $2.5 million later, the doors of The St. Francis opened on March 21, 1904 and by seven o'clock that evening, a line of carriages and automobiles stretched three blocks to visit her brightly lit towers. Within six months, the hotel became the center of the city's social, literary, and artistic life, so the owners announced plans to add a third wing, two floors of apartments and a ballroom.

The original 12-story hotel had 250 guest rooms and took its name from an earlier San Francisco hotel built during the Gold Rush.

On April 18, 1906 the earthquake struck and though the grand hotel's structure remained intact, the ensuing fires devastated the hotel and it remained closed for 19 months.

Within 40 days of the inferno, a temporary hotel of 110-rooms was erected in Union Square (the only public park in down-town San Francisco) across from the St. Francis. Called The Little St. Francis, it continued as a focal point of the city.

The hotel refurbished its interior and re-opened late in 1907, with 450 guest rooms. In 1908, the matching third wing was added to the front of the hotel. A later addition to the third wing (making it wider) was completed in 1913. An addition to the Post Street side of the hotel in 1917 (which included residential apartments, speciality suites and executive suites) brought the guest room count to 659.

The 1920s was a period of music, fine foods, elaborate balls, and society functions. Visiting dignitaries, presidents, manufacturing moguls, and movie stars stayed at the St. Francis; for the well-trained staff was able to accommodate them and their whims with aplomb.

According to foodreference.com author James T. Ehler: "In 1938, another time-honored tradition was instilled at the St. Francis – coin washing. For more than seventy years, the hotel has operated the world's only silver coin cleaning operation (legitimate money laundering) as a special amenity for its guests. The custom began when the hotel's general manager insisted that the silver coins, the currency of the day, be cleaned to keep the ladies' white gloves from getting dirty. Periodically, the change is collected, washed and polished in a silver-burnishing machine, rinsed off and dried under hot lights, then carried back to the front desk. Today, taxi drivers and cashiers in San Francisco know that if they receive mint-clean money, it's probably from The Westin St. Francis."

Construction of the 32-story Pacific Tower began early in 1969, and opened in 1971. Designed by the firm of William L. Pereira & Associates, the tower features five high-speed glass elevators that whisk guests to their rooms.

The Westin St. Francis has a total of 1,194 hotel rooms, including 84 suites. In the main building built between 1904 and 1913, the hotel had 613 rooms on 10 floors, plus 50 suites, including four elegant luxury suites. In the hotel's Tower Building, there are 581 rooms on 27 floors. There are 34 executive suites including six luxury suites located on the 31st floor, featuring the Windsor Suite, the home of Queen Elizabeth II in 1983.

White body, 10.5" service plate. Coin gold bands on rim and verge, with a wide band of maroon and many coin gold images of the hotel logo. The logo in the well is a shield with two stars in circles (maroon), the shield broken by a chevron in black. Surrounding the shield are acanthus leaves in coin gold and the image of a woman with trident above in black raiment. A banner below the shield HOTEL ST. FRANCIS.