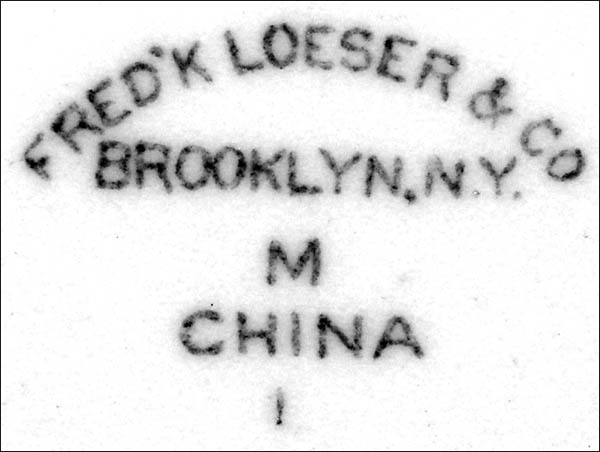 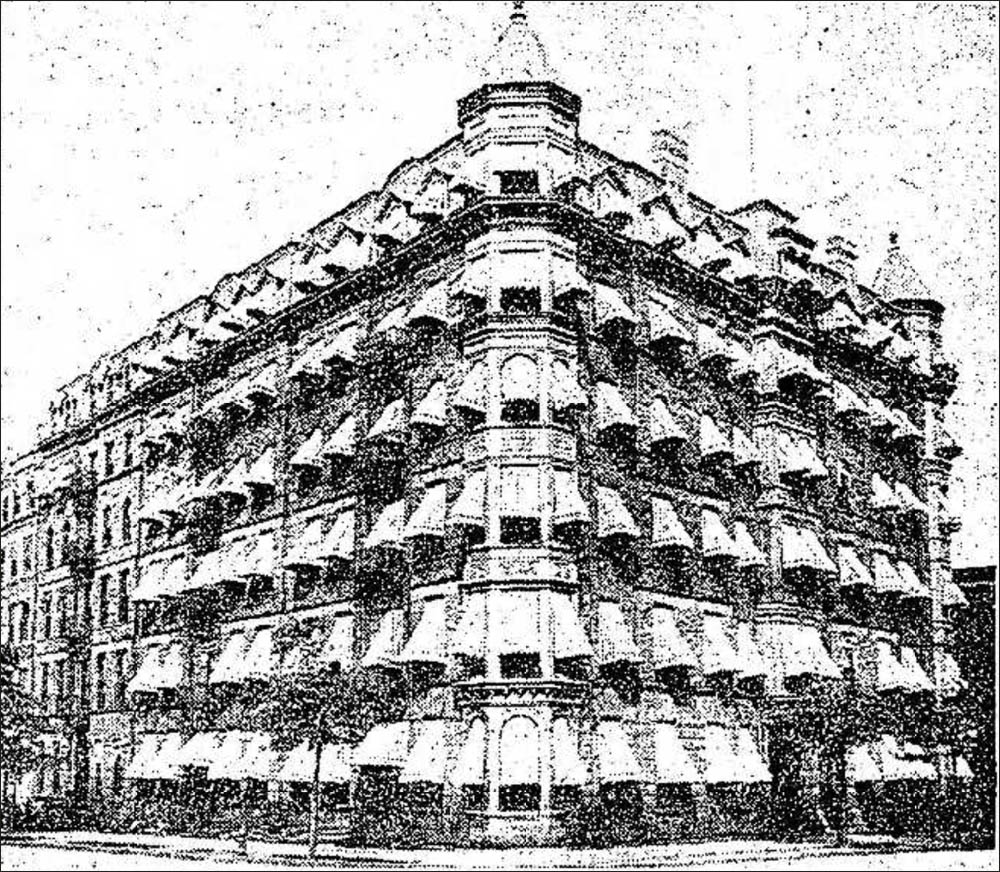 Notes: St. Mark's Avenue Hotel was located on the corner of St. Mark's, Bedford, and Rogers Avenue, in the Crown Heights section of Brooklyn, New York. The six-story apartment hotel opened around 1899, with 120 rooms and 50 baths. It contained a dining room that was used for dances, and a concert room. On December 28, 1916, a fire that started on the top floor, heavily damaged the building. Following the fire, it was boarded up and never reopened. In 1918, what remained of St. Mark's was torn down.

Maddock made Lamberton China for the hotel that is crested with a Federal-style shield of stars and stripes. A rampant lion and horse are holding the shield. "St MARKS AVE HOTEL" is curved above the shield.  Double pin lines at the rim and a single pin line at the verge complete the design. Included in this china service is a rectangular individual roll tray. The china was supplied by Frederick Loeser & Company, a Brooklyn department store.