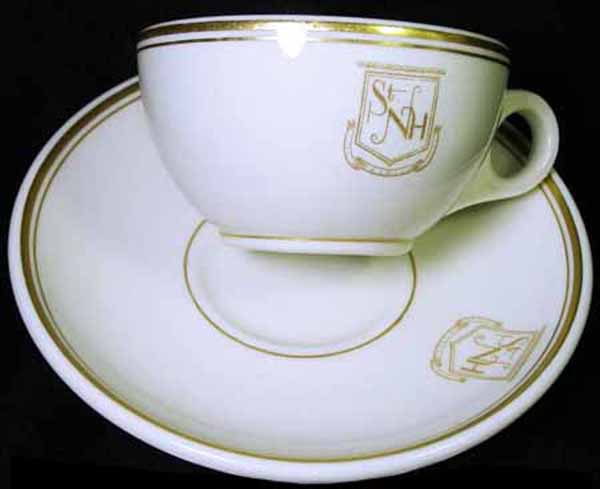 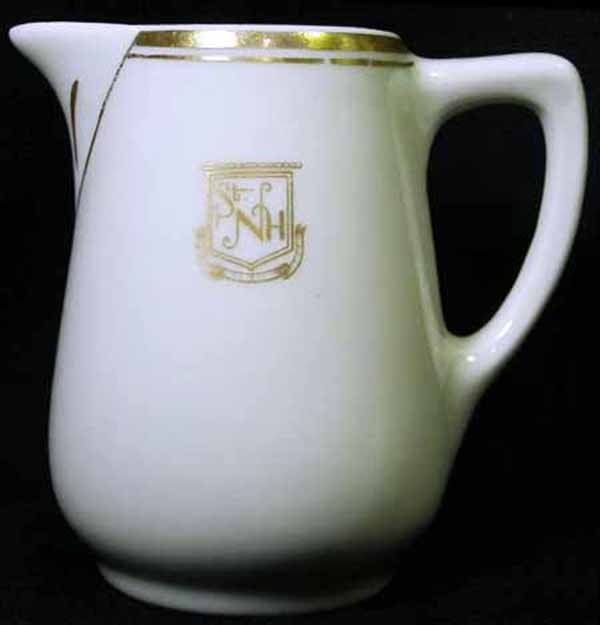 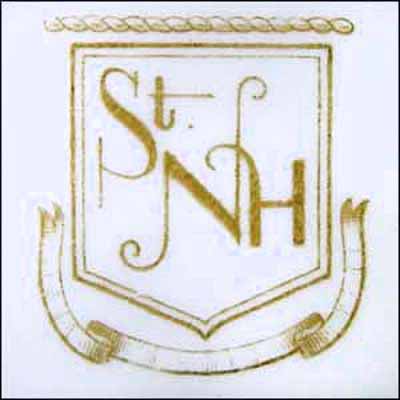 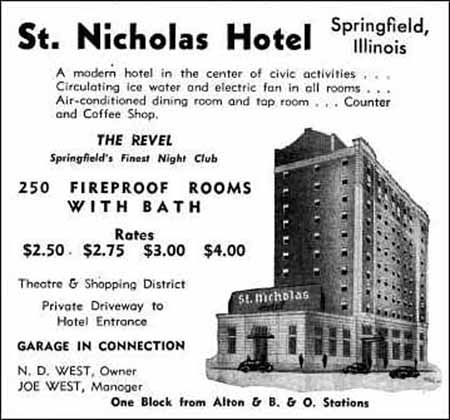 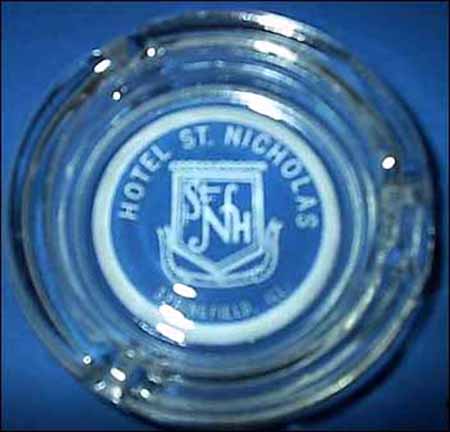 Notes: The original St. Nicholas Hotel, Springfield, Illinois, was built in 1855 by John D. Freedman and opened in 1857. It was located at 400 East Jefferson Street at the Southeast corner of Fourth and Jefferson, just a few hundred feet from the rail line that served as the city's front door and three blocks from the downtown State Capitol.

Freedman's goal was to add a luxury hotel to the city's growing collection of boarding houses and lodging. The hotel was filled with rosewood furniture and soft carpeting and it had separate entrances for ladies and gentlemen. An addition was added in 1910 called the Annex and was built in a neo-classical style. Then in the early 1920s, the original four-story structure was torn down to give way to an 11-story restrained Georgian Revival building. A lobby wing was built in 1931.

In 1952, the St. Nicholas Hotel held a contest to name its new restaurant which was designed with an outdoor theme of brick walls, pecky cypress, artificial trees placed throughout the room, murals depicting forest scenes and a terrace highlighted with frosted glass reminiscent of sunlight. Of 500 entries, the winner was The Glade Room.

The hotel had a second kitchen at that time for the exclusive preparation of Cantonese Chinese food. It was responsible for 40 percent of the Glade Room's profits.

The evolving structure was home to several dining rooms and saloons over the years. There was also a bakery on the second floor, and the hotel had full laundry facilities in the basement.

The hotel became Springfield's unofficial Democratic headquarters. It was a major gathering place for legislators and was renowned as an unofficial State House annex due to the political activity that took place within its walls.

In 1970, it became the focus of nationwide attention when Illinois Secretary of State Paul Powell died in Minnesota of a heart attack. Piles of cash totaling $800,000 were found stuffed in shoe boxes and a bowling bag in the fifth-floor hotel suite of Powell, a longtime tenant. Why the cash was stashed has never been explained.

In 1983 the hotel was converted into apartments and office space and houses a restaurant in the old Glade Room called Caitie Girl's Restaurant.