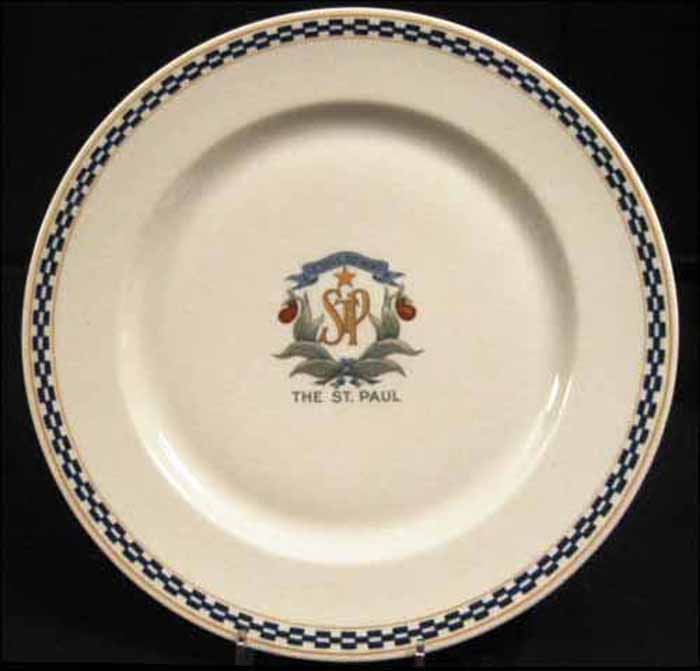 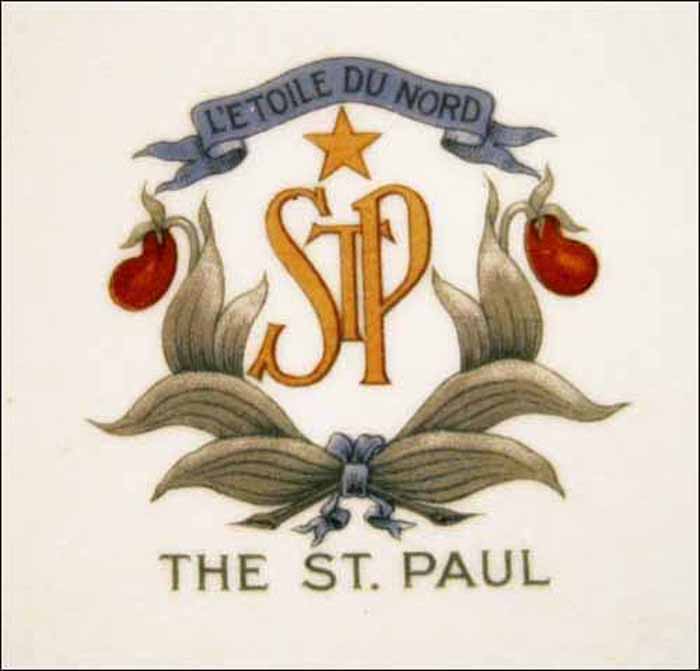 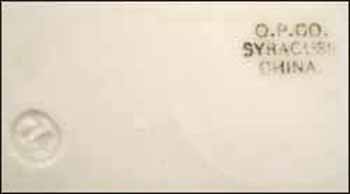 White body, orange lines and navy blue chain on rim. The well of the plate has a light blue banner with L'Etoile du Nord (Star of the North), a golden star with the initials StP below and green leaves with maroon lady slippers.