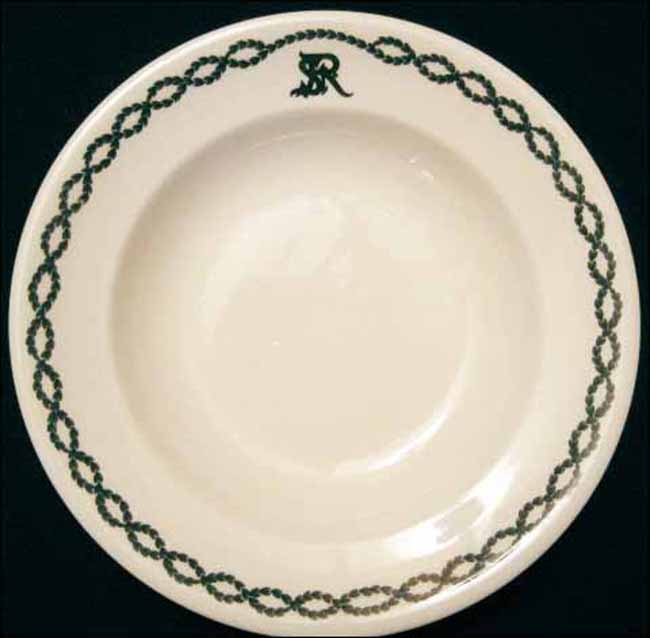 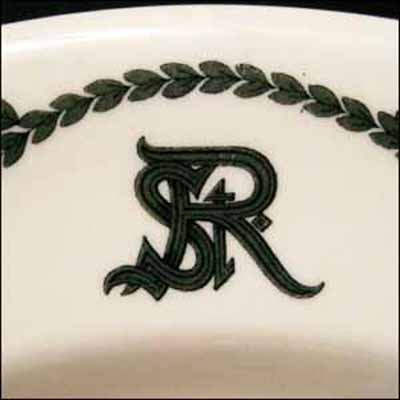 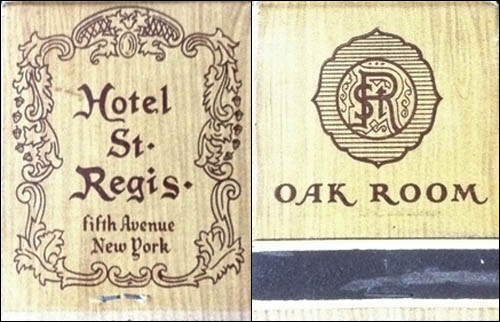 Notes: Located at 2 East 55th Street at 5th Avenue in New York City, this hotel was built by John Jacob Astor and opened in 1904 with 300 rooms. In 1927, extensive remodeling was done to bring the number of floors to 18 and the rooms to 600. It was the first hotel in America to have central heating and air conditioning.

Entwined initials and a rim treatment of ovals of laurel leaves in a very dark dark green with black hues. This border pattern number 2505-X was identified on a Shenango China sample display sticker.