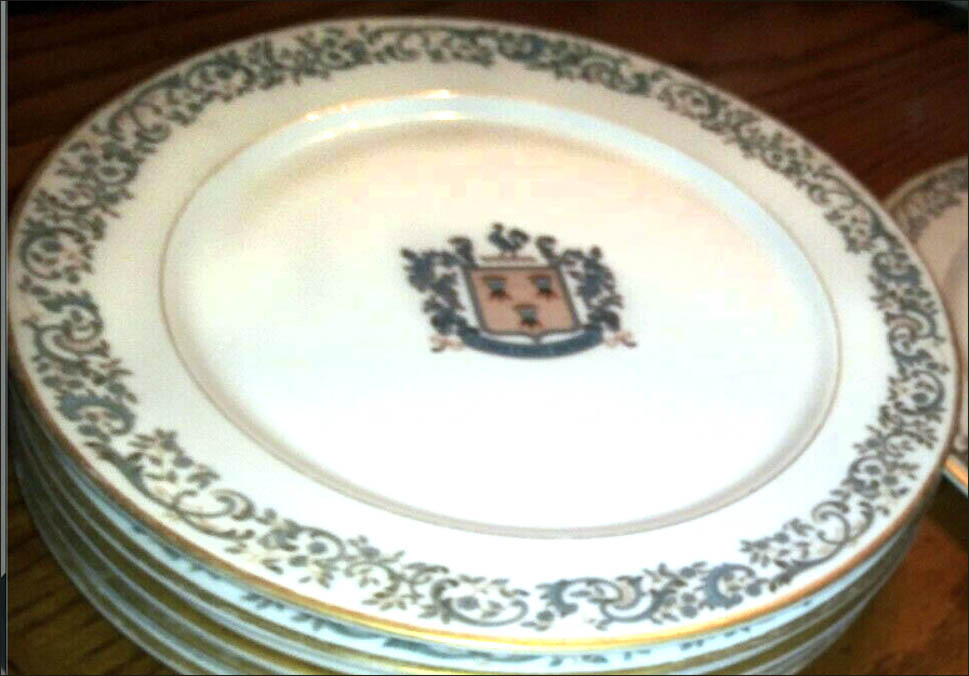 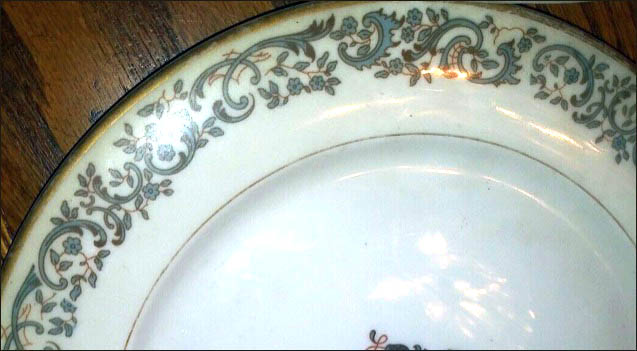 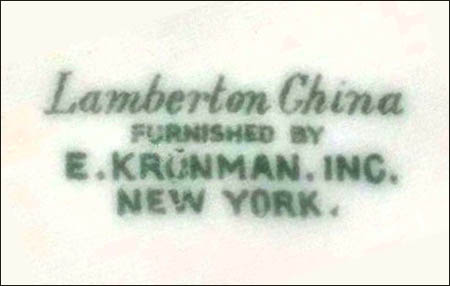 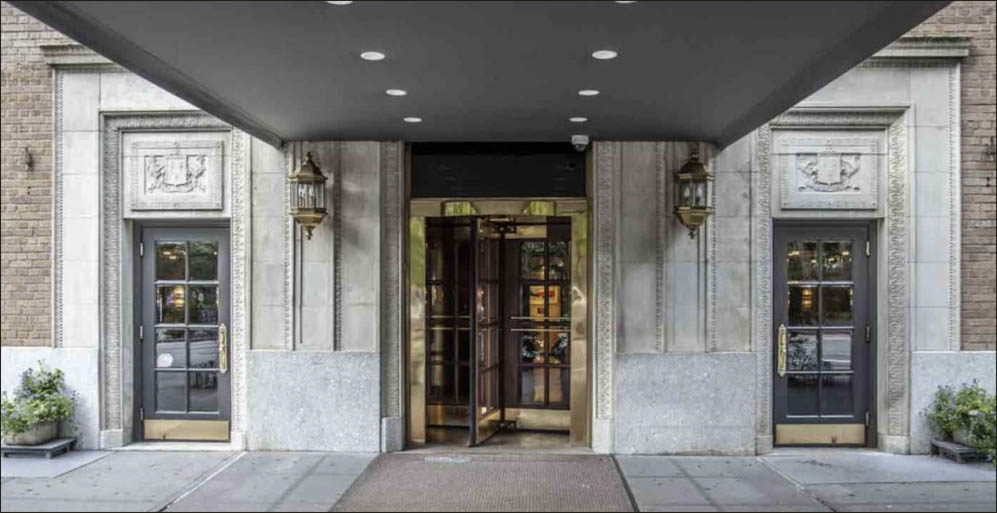 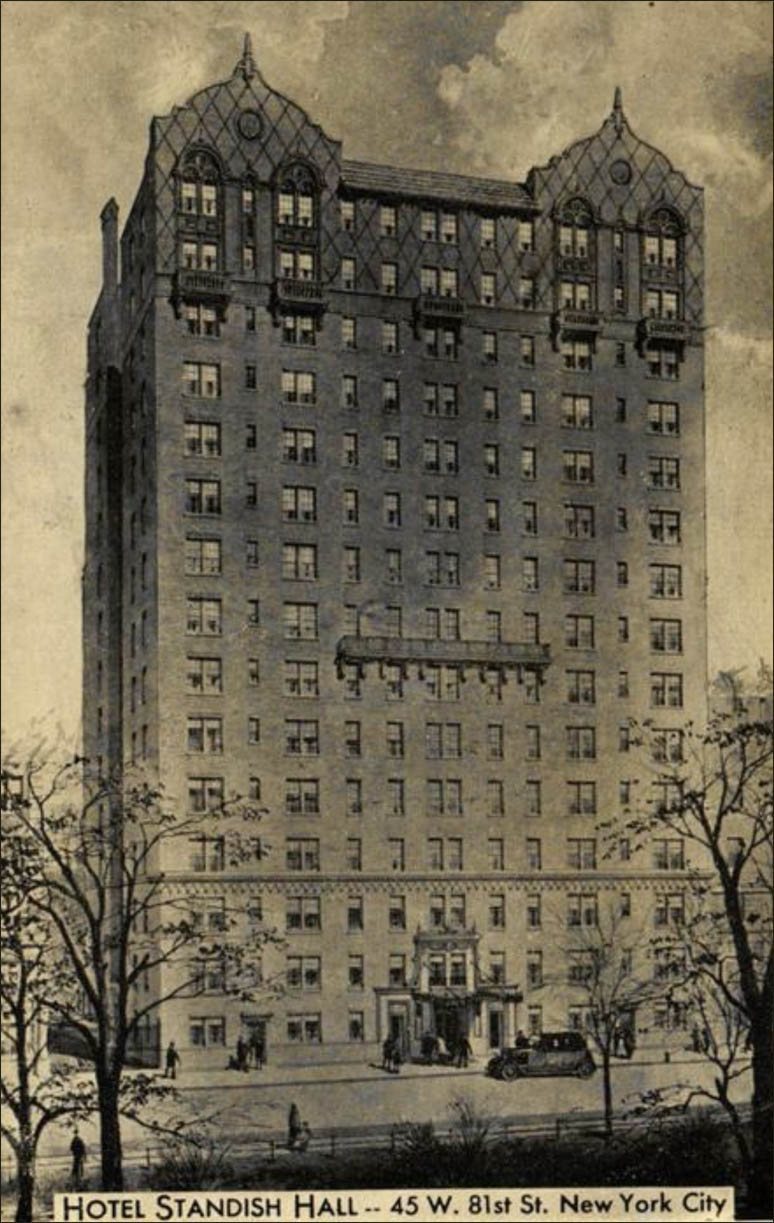 Notes: The 15-story Hotel Standish Hall, at 45 W 81st Street in New York City, opened in 1923 as an apartment hotel. It contained around 300 one – and two – room units. Some of the units had kitchens, but the main dining room was for all residents. As early as the 1930s it was known as the Planetarium Restaurant. Standish Hall was renamed Excelsior Hotel in the 1950s. It continues to operate as the 3-star-rated Excelsior, with 198 rooms, in 2022.

Maddock produced 10 3/8" Lamberton China plates that are crested in the center of the well with the Standish Hall crest. This shield is based on the Standish family coat-of-arms which contains three dishes on stands.  The green acanthus scroll border is a decal that was originally created for the Roosevelt Hospital in New York City. It is shown in the Maddock pattern sample book as #8030 (Roosevelt Border). This china service was supplied by E. Kronman, Inc., of New York City. The 1931, Scammell Lamberton catalog lists Standish Hall as a customer, so this same pattern may have been reordered from Scammell.  The crest used on these plates is carved into stone panels that remain above the doors that flank the Excelsior's revolving entrance door.