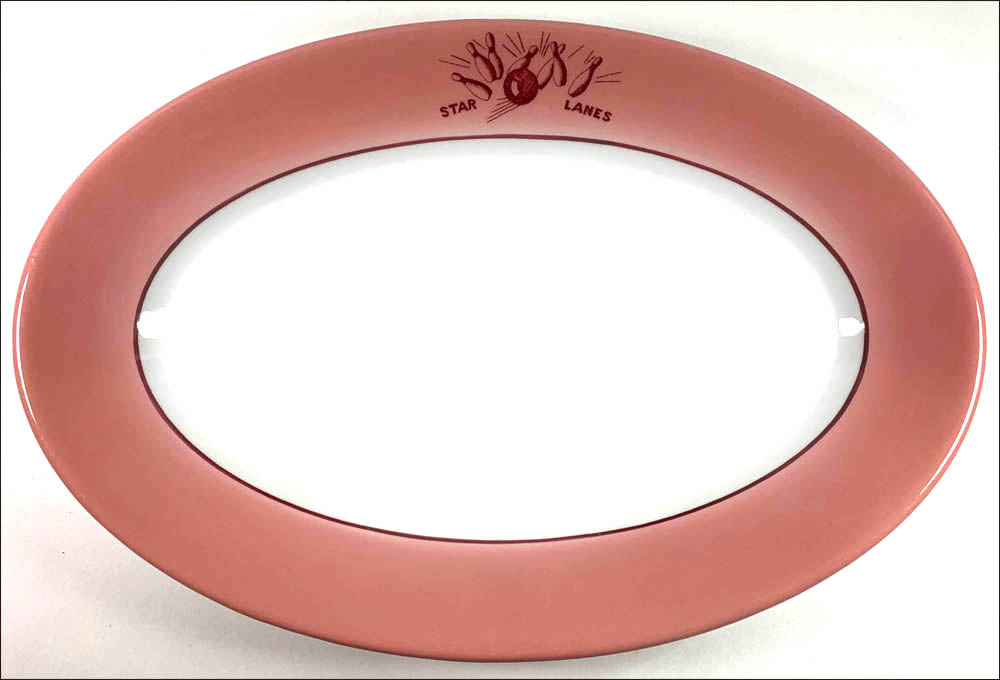 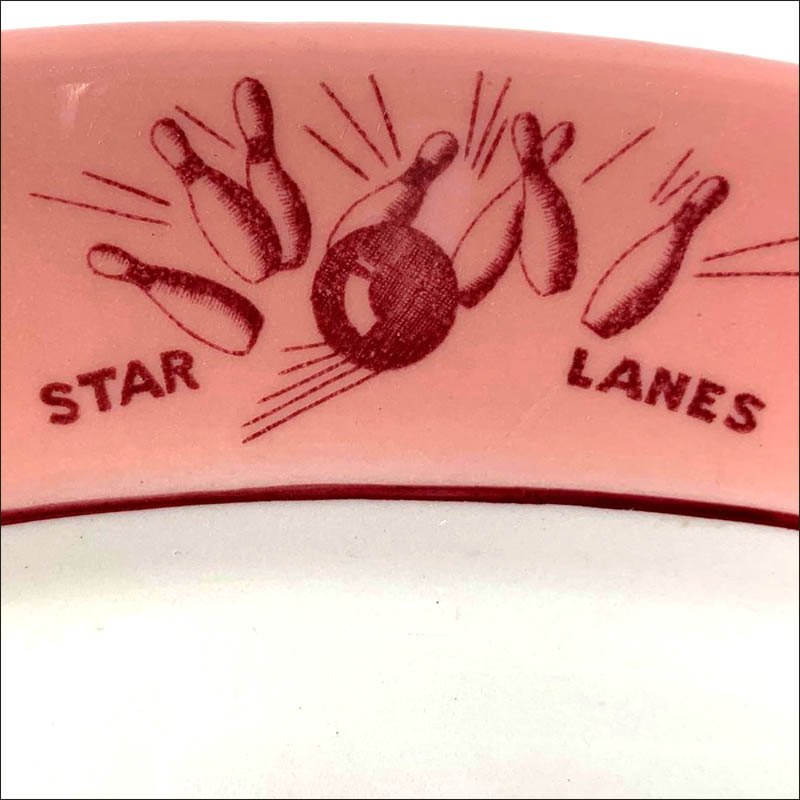 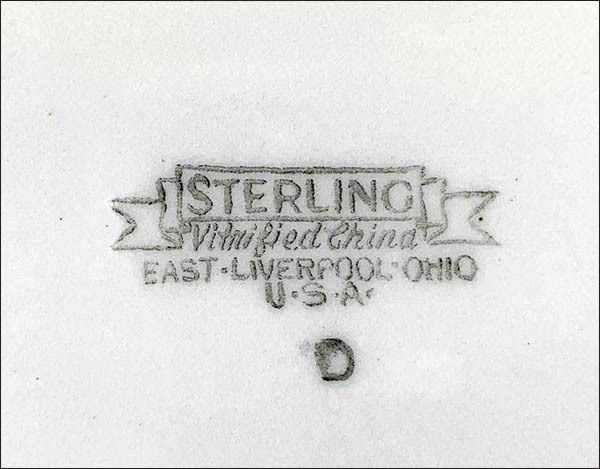 Notes: It is believed this platter is from the former Star Lanes bowling alley at 1701 Schuyler Avenue, Lafayette, Indiana. Since May 2015, the location has been in business as Landmark Lanes.

In 2007, Star Lanes' restaurant was known as the Alley-Oops, where non-bowlers also came to eat. We do not know if this cup came from the restaurant or a former coffee shop/snack shop there.