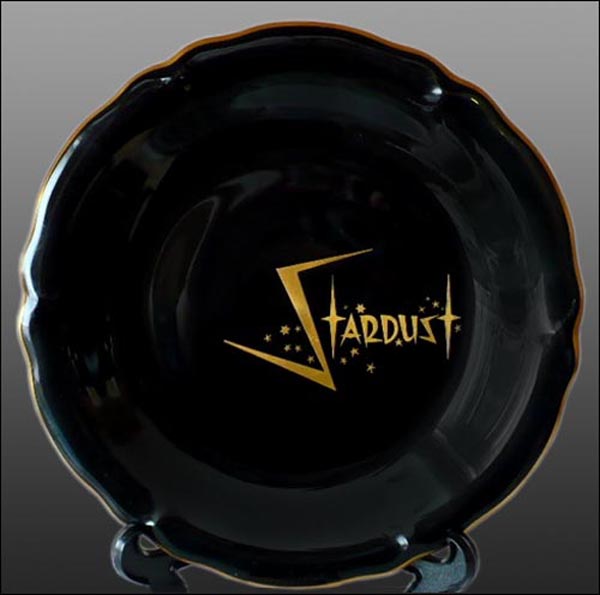 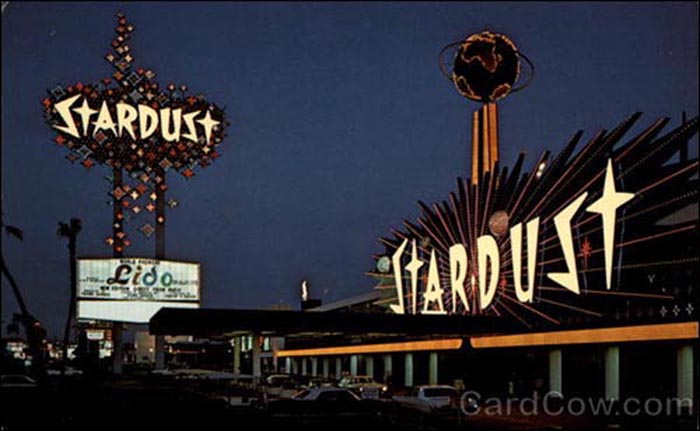 Notes: Tony Cornero, – a bootlegger and gambling entrepreneur,- according to the Wikipedia, bought 36 acres of land in Las Vegas, Nev., in 1954 to build the Stardust Resort and Casino, planned to be the world's largest hotel and casino.

By 1955, his money was running out so he enlisted help from mobsters Moe Dalitz and Meyer Lansky to help underwrite his project. On July 31, 1955, Cornero died, possibly from a heart attack and possibly with a little help from his enemies, with construction on the Stardust only 80 percent complete.

After two years in limbo, the project got under way again when Max Factor's sister-in-law, Mrs. John Factor, purchased the Stardust. It finally opened on July 2, 1958 as the 13th casino on the strip. As part of the Stardust resort were a country club, an international raceway, a drive-in movie theater and a children's playground.

After several changes of ownership and a long string of mob-related activities, the Stardust closed in 2006.

It was imploded on March 13, 2007, to make way for construction of Echelon Place, but construction was suspended in 2008. In March 2013, according to the Wikipedia, the complex was sold to Genting Group with plans to build Resorts World Las Vegas.

The black plate has a metallic gold line on the rim and logo – very mid-century looking with stars and angular font.

ID and photo contributed by Kathleen