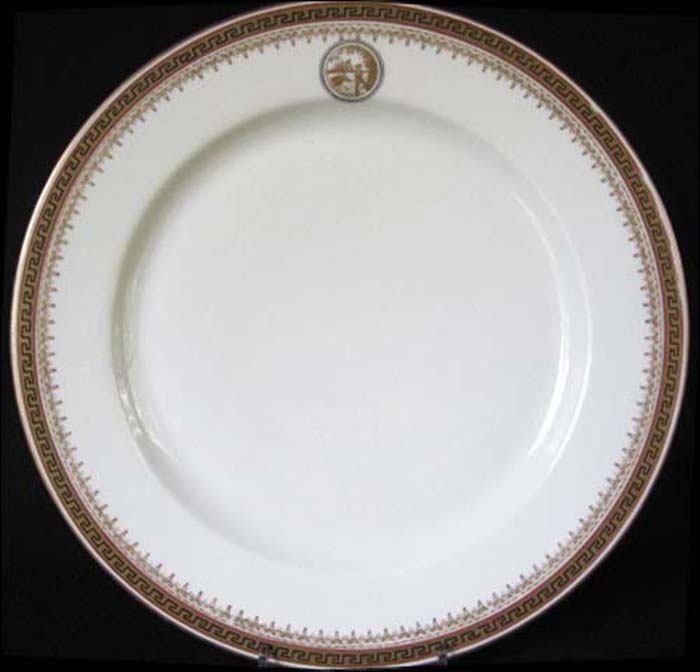 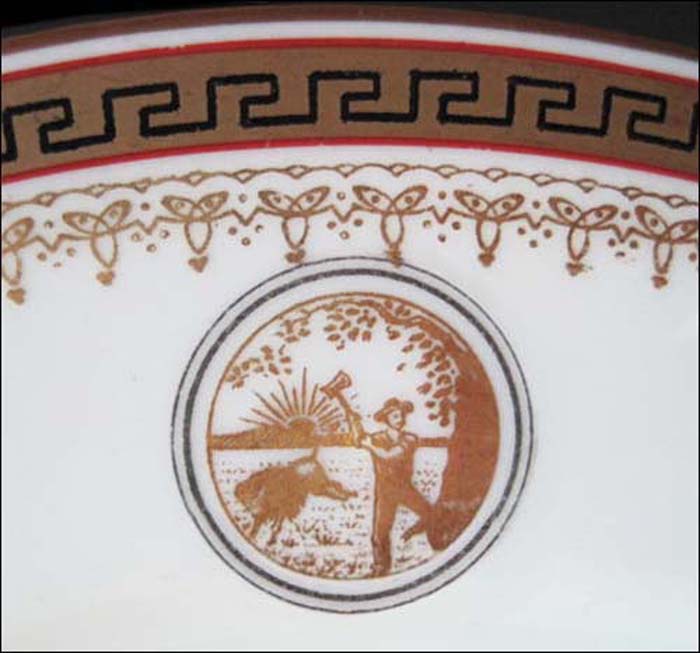 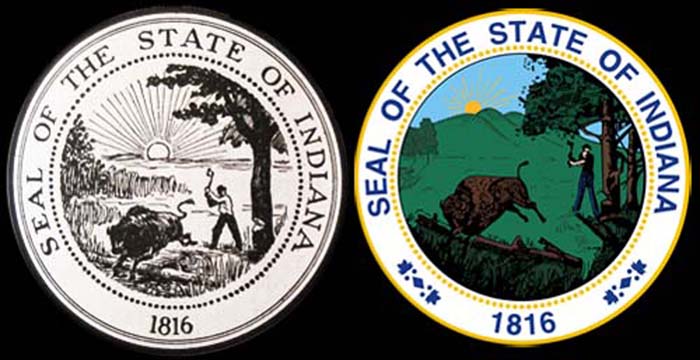 "A perfect circle, two and five eighths (2 5/8) inches in diameter, inclosed by a plain line. Another circle within the first, two and three eighths (2 3/8) inches in diameter inclosed by a beaded line, leaving a margin of one quarter (1/4) of an inch. In the top half of this margin are the words "Seal of the State of Indiana". At the bottom center, 1816, flanked on either side by a diamond, with two (2) dots and a leaf of the tulip tree (liriodendron tulipifera), at both ends of the diamond. The inner circle has two (2) trees in the left background, three (3) hills in the center background with nearly a full sun setting behind and between the first and second hill from the left. There are fourteen (14) rays from the sun, starting with two (2) short ones on the left, the third being longer and then alternating, short and long. There are two (2) sycamore trees on the right, the larger one being nearer the center and having a notch cut nearly half way through, from the left side, a short distance above the ground. The woodsman is wearing a hat and holding his ax nearly perpendicular on his right. The ax blade is turned away from him and is even with his hat. The buffalo is in the foreground, facing to the left of front. His tail is up, front feet on the ground with back feet in the air, as he jumps over a log. The ground has shoots of blue grass, in the area of the buffalo and woodsman."