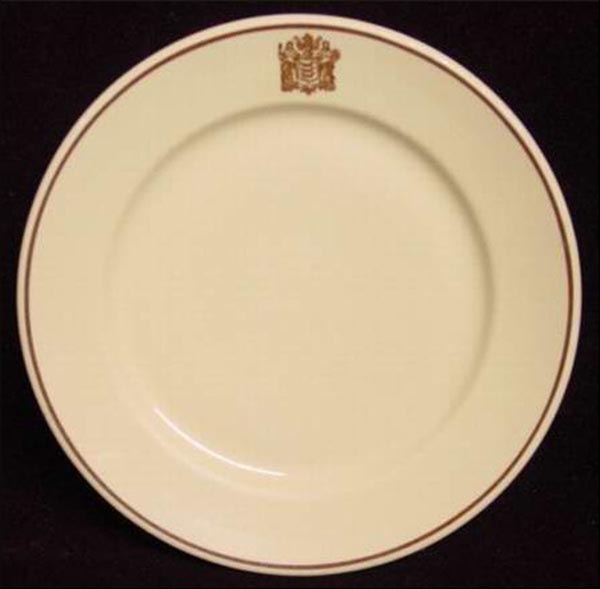 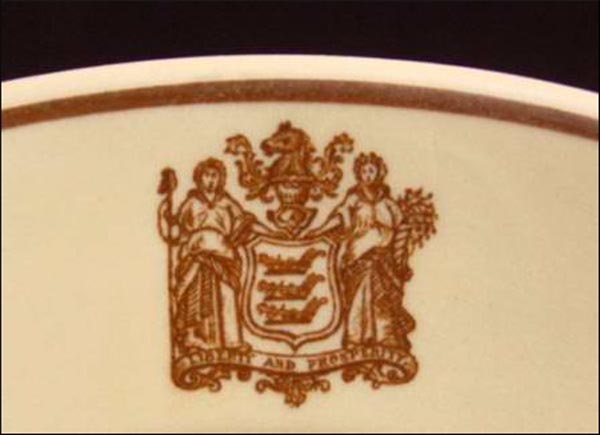 Notes: The State Seal of New Jersey originally was designed by Pierre Eugene du Simitiere and presented to the Legislature in May 1777. Minor changes were made to the seal in 1928 in accordance with Joint Resolution 8. The seal on this plate illustrates this updated emblem.

The shield containing three plows shows the importance of agriculture, while the knight's helmet facing forward above the shield, represents the state's sovereignty. The horse head above the helmet is the New Jersey State animal, which stands for speed and strength. On either side of the shield are two female figures. Liberty, on the left, carries a cap and staff, and Ceres, on the right, carries a cornucopia symbolic of abundance. The liberty cap was worn as a symbol of rebellion during colonial times. Ceres is the Roman goddess of Grain. A banner beneath the crest reads 'Liberty and Prosperity' the state motto.

The official description of the Seal is available from the New Jersey Legislature, in New Jersey statute Title 52, §2-1.

Trenton China Lenape tan body with a brown line trim and a topmark featuring the crest from the Great Seal of the State of New Jersey. This plate likely was used by state agencies of New Jersey.