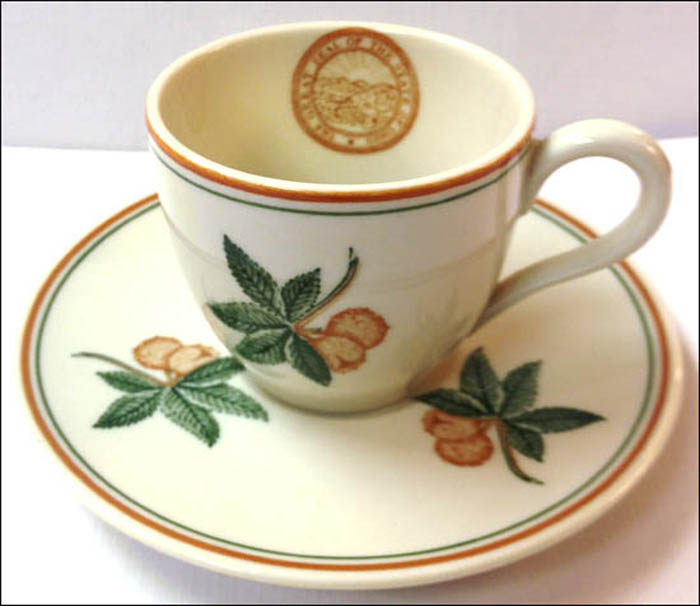 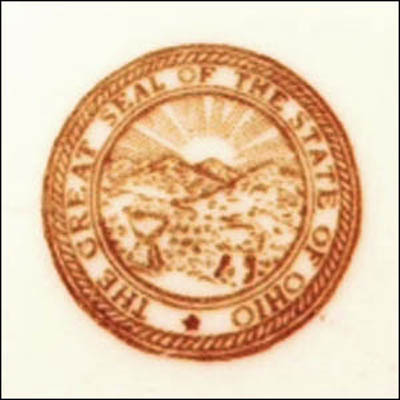 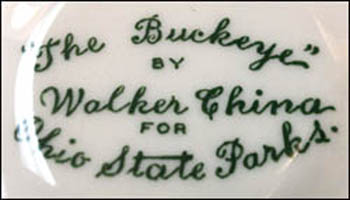 Notes: This pattern includes the State Seal of Ohio as well as clusters of Ohio buckeyes with five leaves. The Ohio buckeye is the state tree and is also a nickname for the state as well as its residents.

From the Wikipedia, the seal's "primary feature is a circular coat of arms that depicts a sunrise in Chillicothe, Ohio's first capital, along with symbols of the state's origins."

This pattern has been found both with and without this backstamp for Ohio State Parks, so it is a possibility that it also saw use at other state government facilities. In addition, another demitasse set like this one has been found marked for the state parks, but with Walker's open book/1942-54 backstamp.