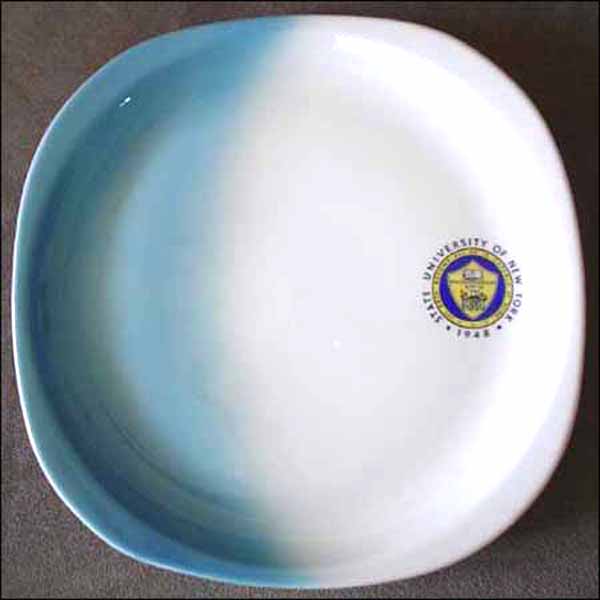 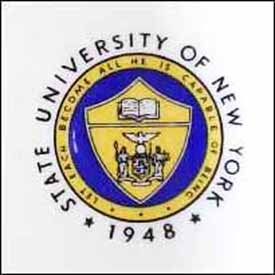 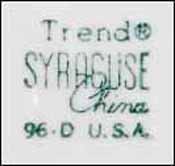 Note: Web site SUNY comprises 64 campuses in New York and has an enrollment in 2009 of more than 439,000 students. It was established in 1948. The current university seal incorporates the words: "To Learn – To Search – To Serve" instead of "Let each become all he is capable of being" as shown on this plate.

The plate is made in Syracuse's Trend shape with a background of airbrushed blue on white and the system's seal in deep blue and yellow showing an open book on a shield on top and a tableau below of an eagle, two women in robes — one holding the scales of justice — and a banner that says Excelsior.