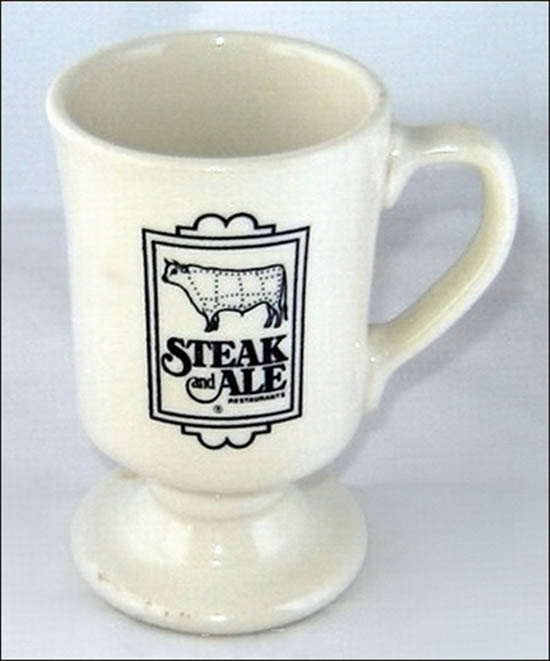 Notes: The Steak and Ale restaurant chain began in 1966 in the Dallas area as a chain of steak restaurants. Ten years later, Pillsbury purchased the chain of 113 restaurants and combined it with its other restaurant holdings, including Bennigan's.

In 1982, Pillsbury spun it off as its own chain, S&A Restaurant Corporation, growing to 280 restaurants by the late 1980s. In markets where alcoholic beverages were not permitted in names, Steak and Ale used the name 'Jolly Ox.' The S&A Corporation was then bought by Metromedia and in 1993 folded into other Metromedia chains Bonanza and Ponderosa.

In July 2008, the S&A Corporation declared bankruptcy, closing all Steak and Ale restaurants.

White footed mug body with dark blue logo of a sign, bearing a steer with butchering lines, above the restaurant name.