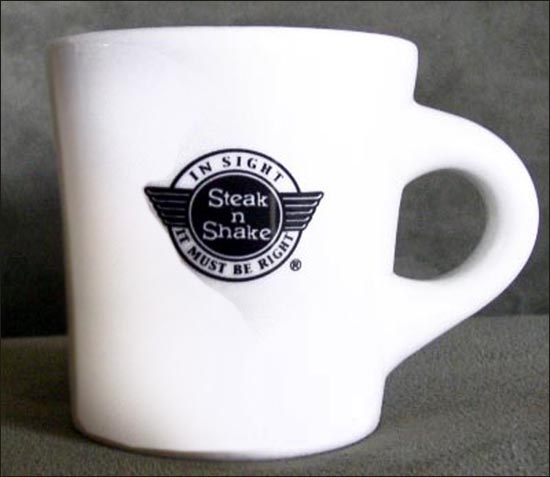 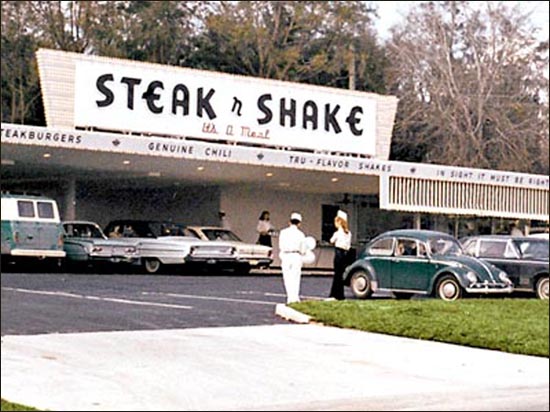 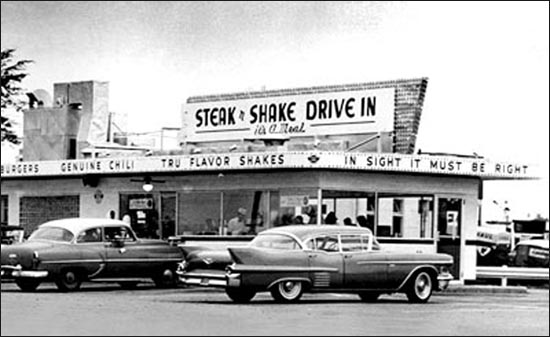 Notes: From the company website: "Steak n Shake was founded in 1934 in Normal, Ill. Gus Belt, the founder of Steak n Shake, was a quality restaurateur who owned a restaurant/gas station called Shell's Chicken. Central Illinois had plenty of chicken and beer restaurants so Gus soon realized he needed to be unique and different. With a little help from his friends, he started Steak n Shake in February of 1934." As of 2008, Steak n Shake operated over 490 restaurants (54 of which are franchised) in 21 different states.

White body, black circular and winged logo reading Steak n Shake in the middle and In Sight, Must Be Right above and below.