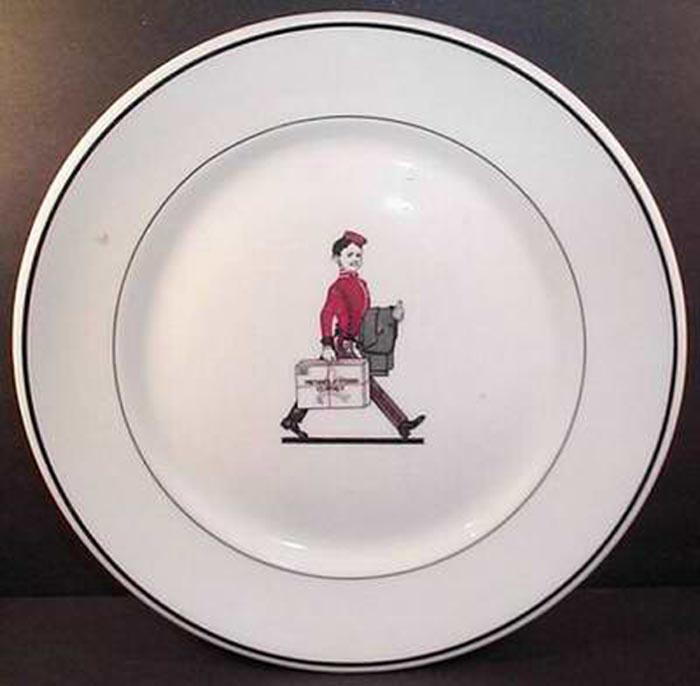 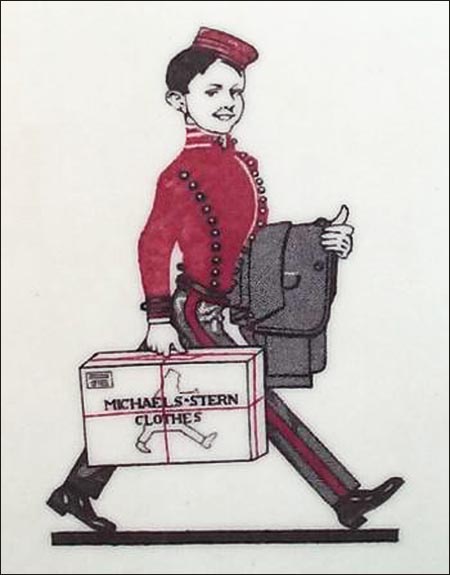 Notes: The Stern's Department Store was headquartered in New York City at 32-36 West 23rd Street. This plate was likely used in the Stern's executive dining room of the headquarters building or in the department store's dining room / restaurant for shoppers.

Stern's was a famous department store in New York, with the original store opening in 1867. The store also had well-dressed doormen with top hats. Stern's was well-known for their suits and work clothing for men, which is exemplified by the logo on the front of this plate. One of their famous brands was "Sweet-Orr" work pants.

In 1969, the flagship store in downtown Manhattan was closed and relocated to the Bergin Mall, and by 1996, the stores became part of the Macy's department store chain.

Click here for more information about the Stern's Department Store chain, which was in business for more than 130 years.