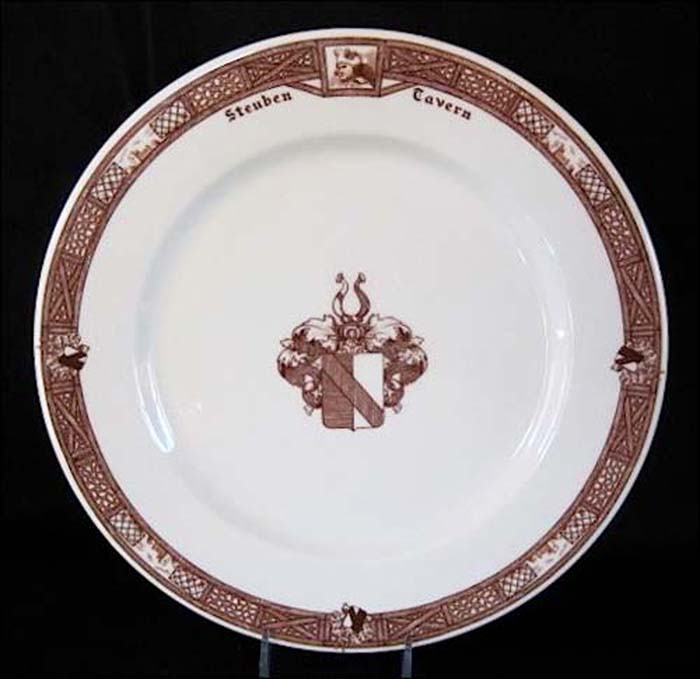 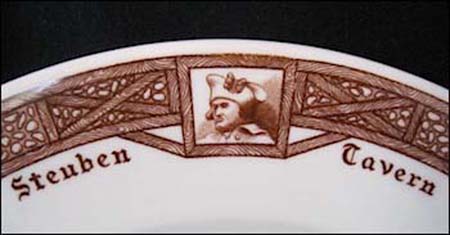 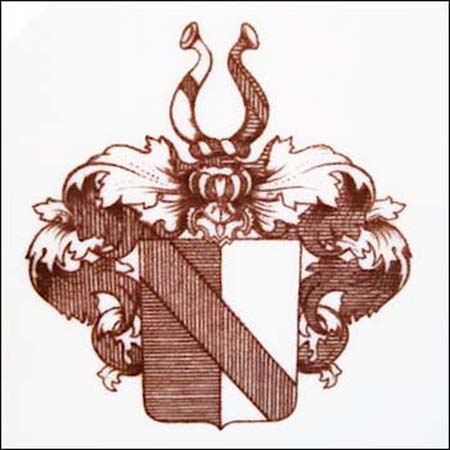 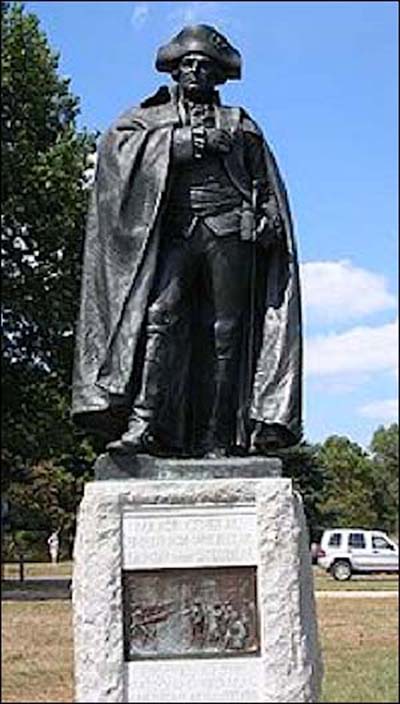 Notes: The first and the last of a chain of Steuben Taverns was located at 163 West 47th St., in New York City. They were named for Friedrich Wilhelm August Heinrich Ferdinand von Steuben, aka Baron von Steuben, inspector general and Major General of the Continental Army during the American Revolutionary War.

The New York Mirror said of the restaurant on Nov. 16, 1960, "Famous for its Sauerbraten, Steuben Tavern has been a fixture in the Broadway sector for over 30 years. At one time there were 10 under the Steuben banner from Brooklyn to Philadelphia. Now the last of these charming Bavarian havens continues on its original site at 163 West 47th Street.

"In 1934, there was quite a lot of hullabaloo when a Steuben Tavern opened on the south side of 42nd Street between Broadway and 7th Avenue. It was a wide broad stone building, set on the site of the old Metropole Hotel. It was designed to look like an English tavern and had murals by Winold Reiss."

The white service plate has a wide band on the rim that seems to depict wooden fencing, gates or windows with grills in brown, interrupted with an image of Baron von Steuben and below it, Steuben Tavern. There also is a large coat of arms in the well of the plate.