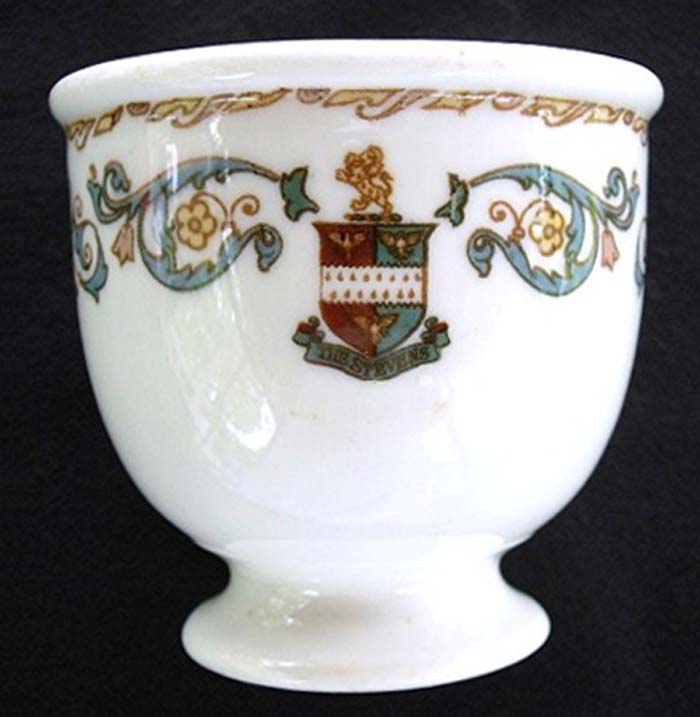 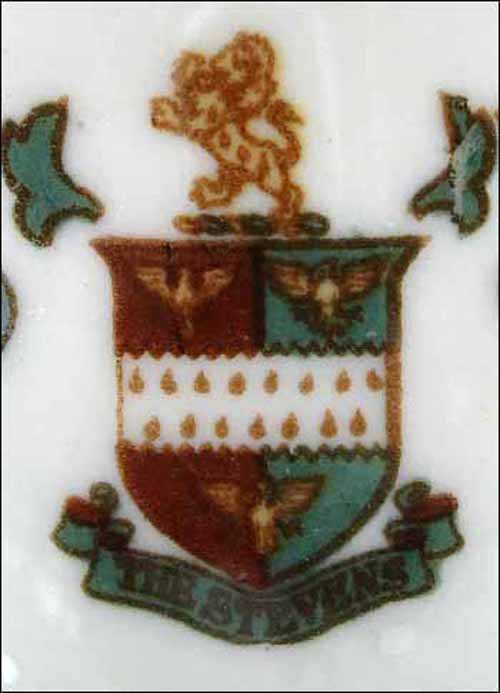 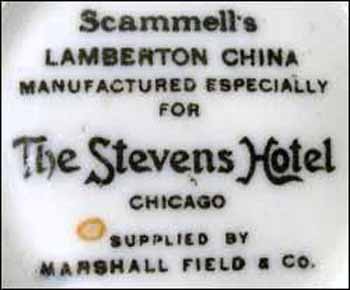 Notes: Located at 720 Michigan Avenue, Chicago, Illinois, the 28-story, 3,000-room hotel opened May 2, 1927. At a cost of $35 million, The Stevens Hotel was known at that time as the largest hotel in the world. During World War II, the hotel was converted to military use as a radio operators' school. The hotel was renamed the Conrad Hilton Hotel in 1951. In 1985, there was a $185 million renovation and by 2000, there were 1543 rooms and 65 suites. The hotel is now the Chicago Hilton and Towers.

Lamberton white body, red, green and tan shield consisting of three eagles with a lion atop and banner below reading The Stevens, floral border in shades of blue, green, pink and tan.