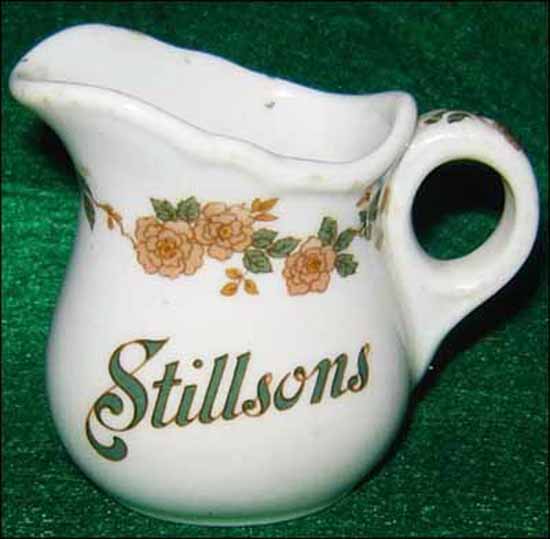 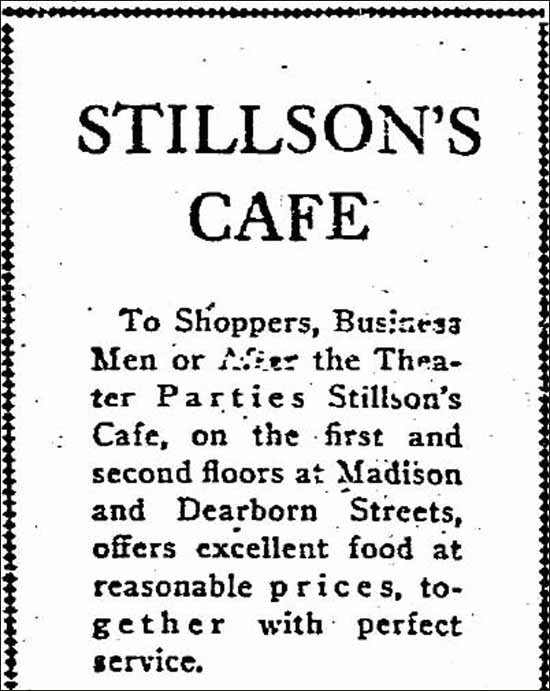 Notes: Stillson's / Stillsons Cafe at 112 W. Madison St. was a two-floor establishment hosting billiards, a cafe and restaurant, and an entertainment venue in the heart of Chicago during the early 20th century. References to it as a cabaret were made in Chicago newspapers in the 1920s. Advertised at the corner of Madison and Dearborn streets, it was actually a short step away at the intersection of Madison and Clark.

This IDwiki entry is based in large part on the proximate location of the creamer find to the Stillson's restaurant location.

The creamer is white with rose garland (pattern 5045) circling the upper edge and handle and Stillsons in green script.