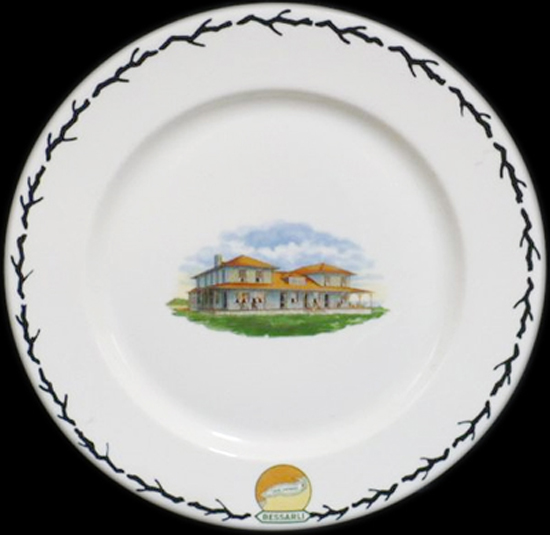 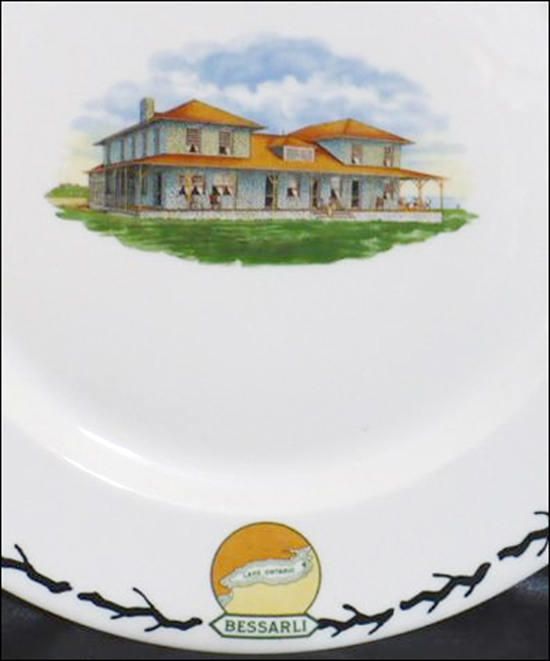 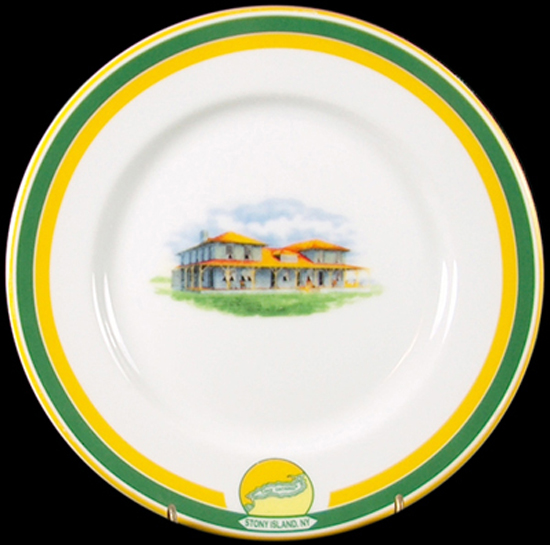 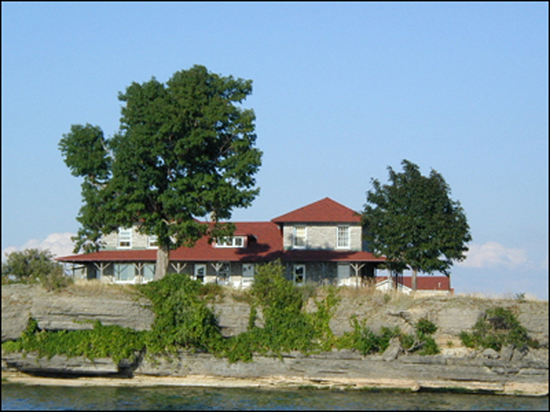 Notes: Located on Stony Island, five miles northwest of Henderson Harbor in the western most of the Thousand Lakes in Lake Ontario, New York, the Stony Island Lodge was built in 1901 by the Stony Island Club and one of its leading members, William Cowie.

The lodge was also known as Bessarli, named for Cowie's wife Bess and daughter Arline – hence the Bessarli name underneath the island's map on the plate.

It was used as a summer and autumn fishing and hunting retreat and had a beautifully furnished dining room.

From 1920 to 1938 it appears that the Cowie family either bought the property or were its principal users. Among their diversions other than hunting and fishing were a miniature golf course, portable dance floor and during Prohibition, a whiskey still.

Sealright was sold to Phillips Petroleum in 1966, and as a result of an economic downturn and to cut costs, Phillips closed it in 1999. Based on the look of the second plate (shown above) with brighter colors, overglaze decals and no known manufacturer, Phillips might have ordered it during the Sixties — and certainly not from Syracuse.