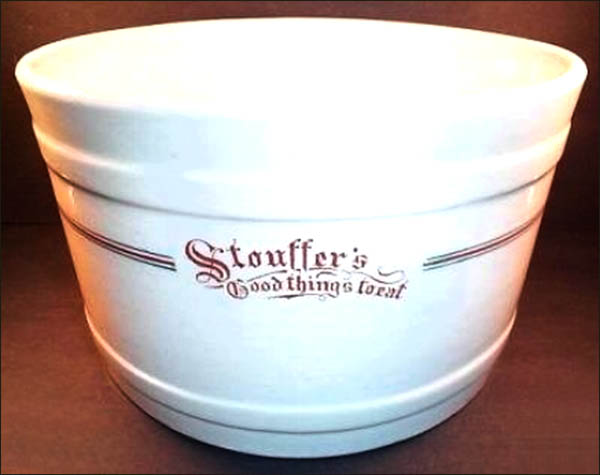 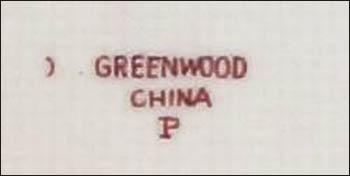 Notes: This is an extra large ice bucket from the original Stouffer's Lunch Counter / Coffee Shop in Cleveland Ohio, measuring 9 1/2" wide by 5 3/4".  Stouffer's got its start when Mr. And Mrs. Abraham Stouffer opened a sandwich shop / lunch counter in downtown Cleveland in the Arcade building. As the business grew, Stouffer's Lunch opened in 1924 on the corner of East 9th Street and Euclid Avenue in the Cleveland Citizens Building. By 1929, Stouffers had opened their lunch counters in Pittsburgh, Pennsylvania and in Detroit, Michigan. At that time, Stouffer's became more of a uniformed lunch counter / restaurant and the "Stouffer Girls" came into being. By 1937, Stouffer's opened another restaurant in New York City.

The slogan on the side of the ice bucket reads "Good things to eat", which predates the famous slogan used in the 1930s of "Everybody is somebody at Stouffers".  As Stouffers popularity grew, customers began asking for "take-out" items from Stouffer's wonderful menu selections. This gave way for what we today primarily know Stouffer's for, frozen food that can be purchased at the grocery store.