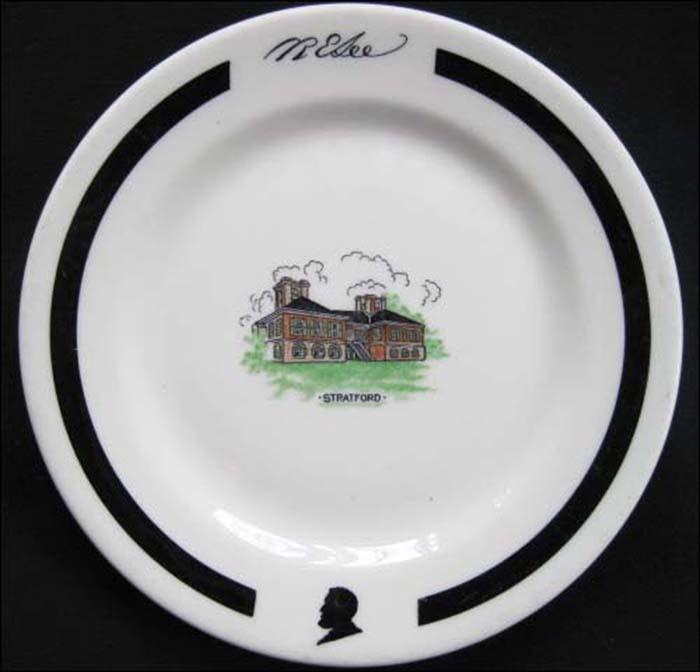 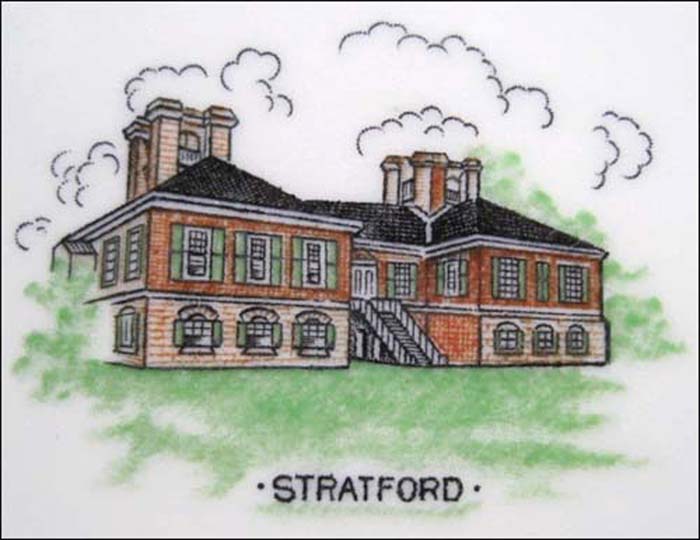 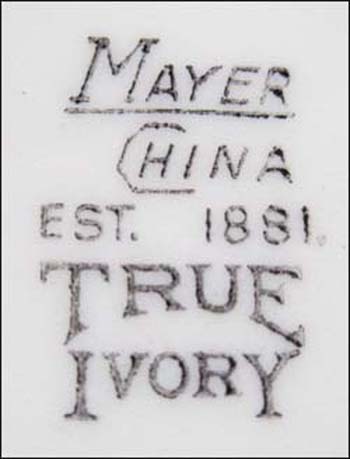 Notes: The Hall is located at 483 Great House Road in Stratford, Va., and is still managed as a farm on 1,900 of its original acres. After completion of the Hall in the early 1740s, Stratford was like a town in itself. Except for its need of manufactured goods, it was a self-sufficient community. It was the home of generations of the Lee Family and birthplace of General Robert E. Lee in 1807.

Beginning with the purchase of Stratford in 1929, the Robert E. Lee Memorial Association has been responsible for its historic resources. The site has the Jessie Ball duPont Memorial Library, a museum with many collections, and other historic and non-historic structures. Many schools use it as a destination for field trips and many thousands of others visit each year.

Ivory body with a wide band of black on rim broken by a silhouette of Lee at the bottom and his signature at the top. The well of plate has a drawing of the Georgian style hall, with Stratford below.