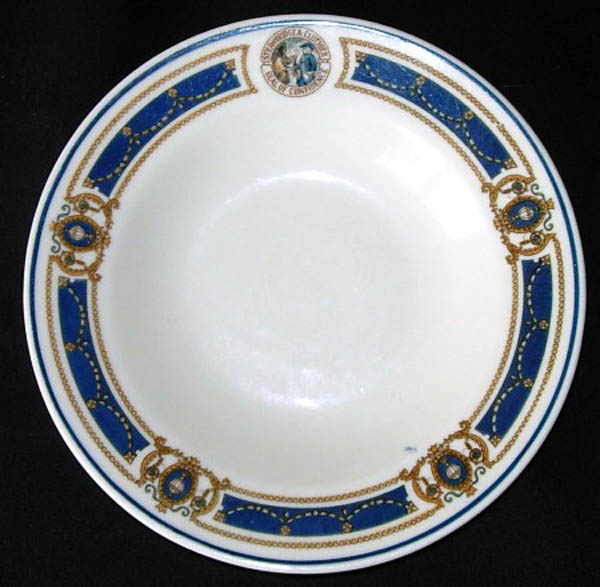 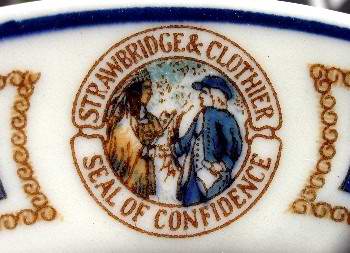 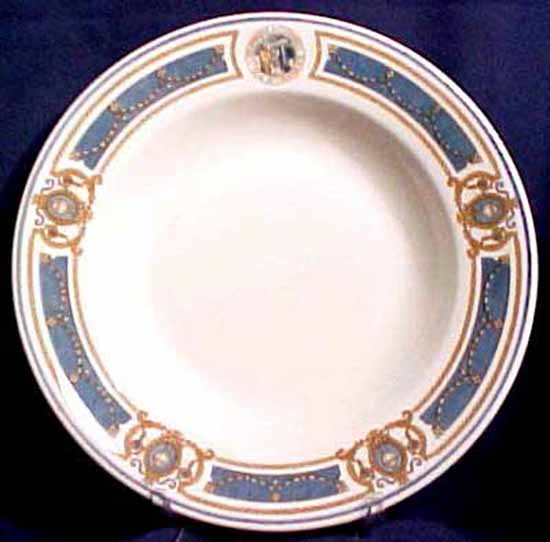 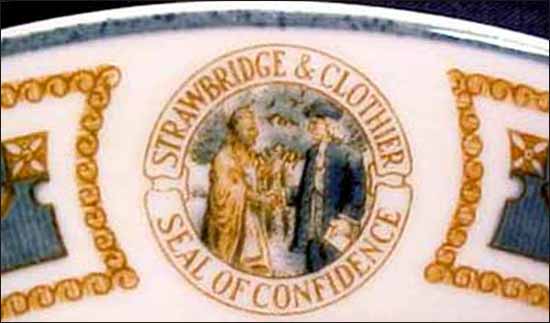 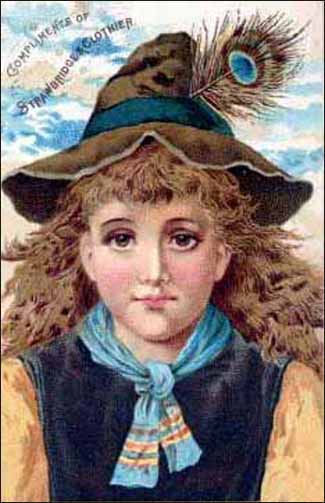 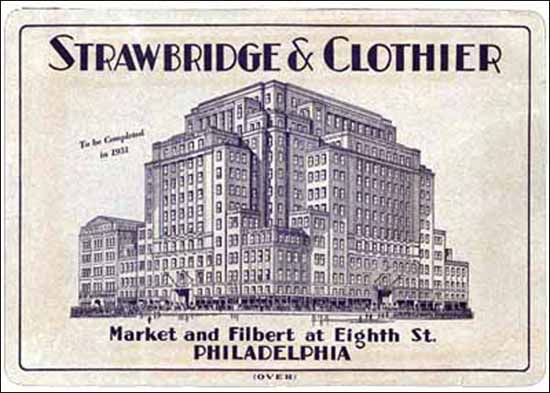 Notes: Isaac Hallowell Clothier was representing a wholesale cloth dealer, while Justus Strawbridge was running a small store in the 1860's. They both had Quaker backgrounds and much in common when together they rented a house for the summer in Haddonfield, New Jersey, where their young families could be in the country air. There were five Strawbridge sons and nine Clothier children.

The two men agreed to become partners and joined forces in 1868. They purchased a three-story brick building on the corner of Market and Eighth Street in downtown Philadelphia, PA — a building that had once been Thomas Jefferson's office in 1790, while he served as Secretary of State. The firm's business, based on honest merchandise, cash only, and fixed prices, flourished. Buildings were added at locations adjoining the original store at Eighth and Market Streets. By 1887, the store had increased its departments to fill a five-story building. The chain expanded into New Jersey and Delaware and was part of May Department Stores. The 13 Strawbridge & Clotheir stores were bought by May Department Store in 1996. This chain's illustrious history ended in 2006 when the Strawbridge name was phased out in favor of Macy's. The flagship store is being used as office space on the upper levels with the possibility of future retail space on the ground floor.

Both pieces feature the familiar S&C Seal of Confidence with a Quaker and a Native American shaking hands, as well as an ornate border in shades of brown and blue intersected by cartouches. There is a slight variation in the images on the seals and a variation in the colors of the two pieces.