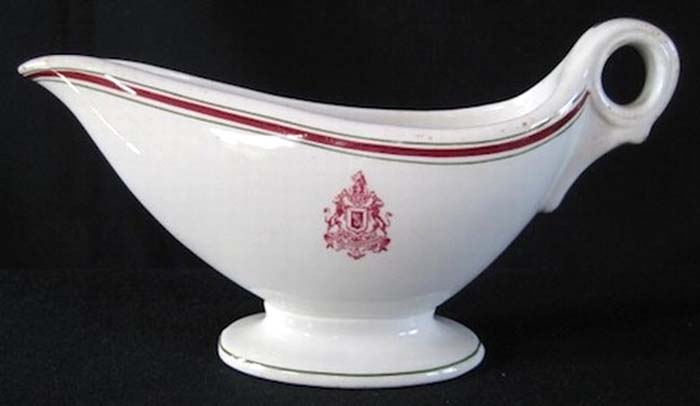 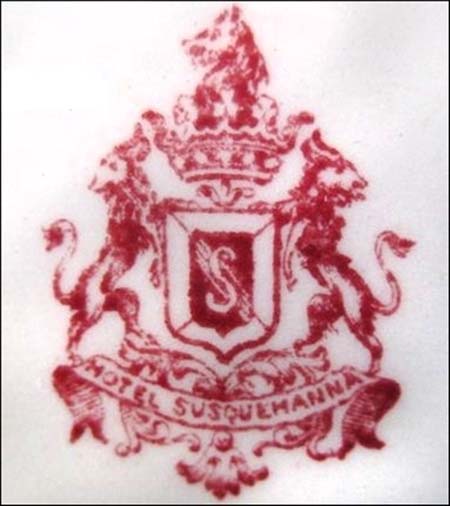 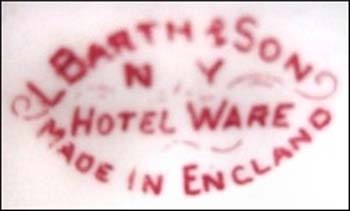 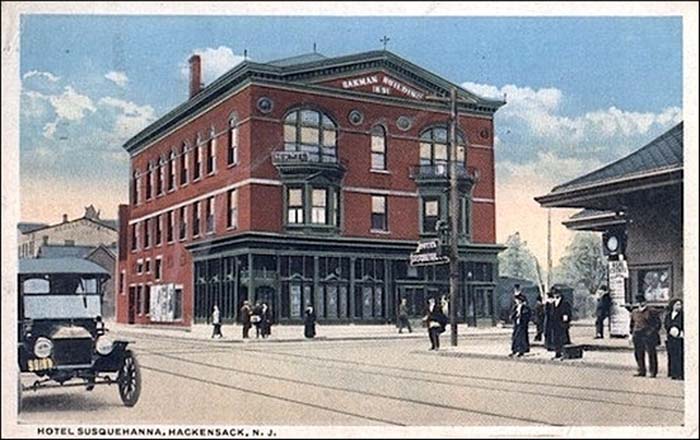 Notes: The Susquehanna Hotel was located at 179 Main Street in Hackensack, New Jersey, occupying the Bakman Building across from the railroad station.

Originally built by Joseph Bakman in 1890, the Bakman Building was a prominent business house and restaurant. By 1896, the restaurant was under the proprietorship of Henry Struss, operating as the Susquehanna Cafe, Oyster and Chop House.

In 1898, Herman Abbenseth succeeded Struss as proprietor of the restaurant and extensively remodeled the building in the years that followed, adding a new bar, electric lights and updated rooms. The Hotel Susquehanna opened circa 1908, and by 1918, it was under the proprietorship of Frank Habrich.

According to author George Mercer Scudder, at least four United States Presidents dined at the hotel, including Grant, McKinley, Taft, and Wilson, as did many celebrities, such as Horace Greeley and Mark Twain.

Enduring beyond tornado damage in August 1913, the Hotel Susquehanna continued operations through 1919, closing in 1920.

Since the hotel closure, the Bakman Building has served as a music school, business school, office building and a Chinese restarurant.

White body, 7.75" sauce boat. Green line, red band, green line on rim; green line on foot. Red shield with animals on either side; crown and animal head above. Banner below with Hotel Susquehanna.