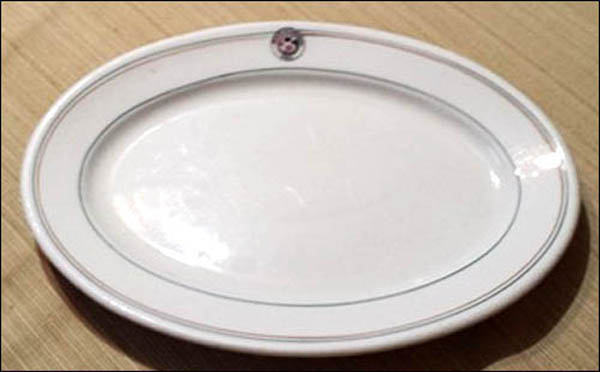 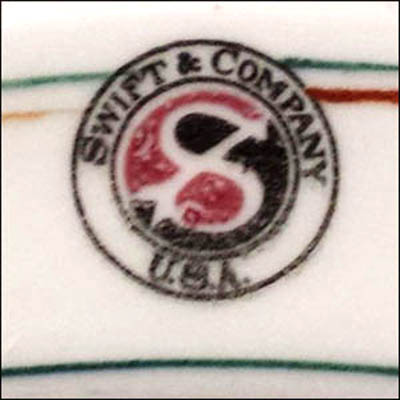 Notes: In 1875, Gustavus Swift began buying cattle in Chicago and sending them east. With the development of faster, reliable and ice-chilled railcars, he began to transform the meat industry from a decentralized slaughter operation (live cattle shipped and slaughtered near the point of consumption) to a centralized slaughter operation (allowing packed meats and products to be stored and carried to many destinations). This allowed a slaughterhouse industry to evolve in Chicago, forming the famous Stockyards. Swift & Co. also developed stockyards in Kansas City, St. Louis and other major cattle centers, eventually also owning a fleet of refrigerated cars that could store and transport the meat products. By the 1920s and employing more than 50,000 workers, Swift & Co. was one of the largest national employers and had reduced the cost of meat to the point where it was an expected part of the daily meals for most Americans.

The Chicago stockyards and many other related industries were closed in the 1950s, leaving a legacy of efficiency but also of ecological toll, such as Bubbly Creek. Even into the 1990s, on hot, humid summer days, the smell of the stockyard still lingered.

Over the years, Swift & Co. diversified into other businesses, products including Peter Pan Peanut Butter and Butterball Turkeys. It became part of other companies over time, including Conagra until 2009, and since then JBS S.A. of Brazil.

White platter body with hand-painted teal green and rust red pinstripes at the edge, and another green pinstripe at the verge; broken at the top center with black and red Swift & Co. logo of an S with arrow passing through it to the upper right, surrounded by the company name.

Bauscher is also a known manufacturer for this company.