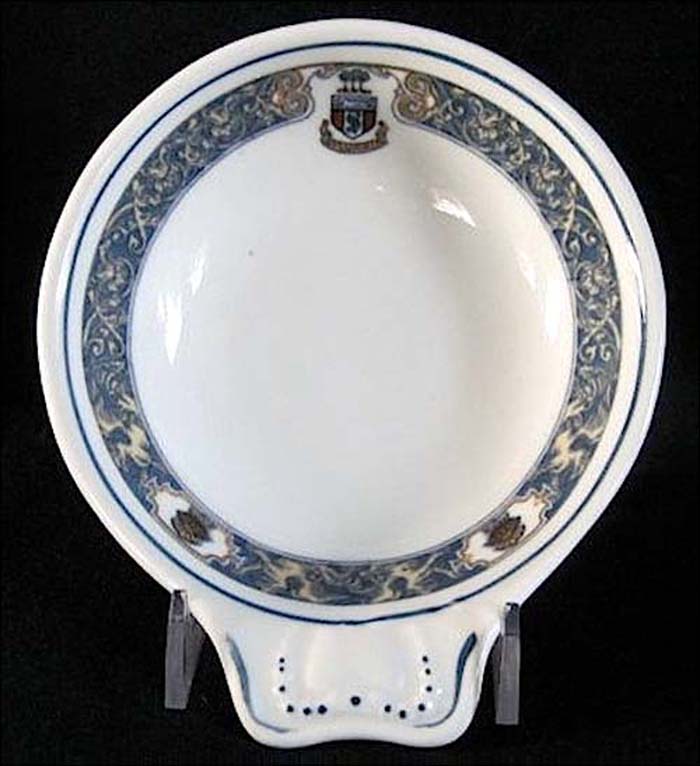 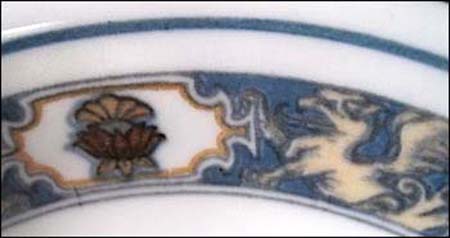 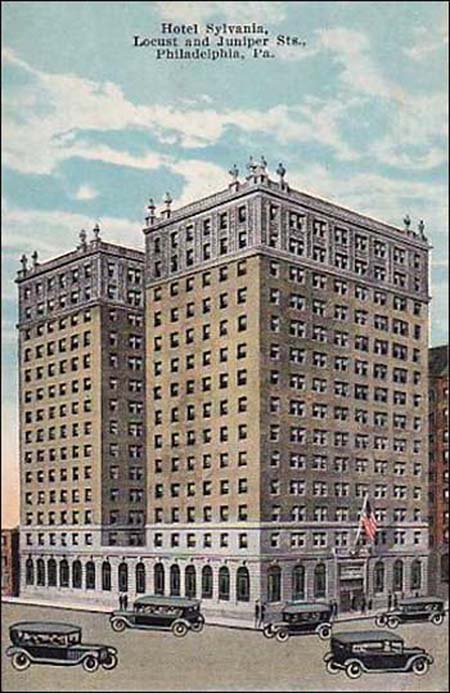 Notes: Designed by Leroy B. Rothschild, the 14-story, 400-room Sylvania Hotel was located at Locust and Juniper streets in Philadelphia, Penn. According to an invitation that had been posted at artsballroom.com (but no longer seems to be on the site, the hotel held an opening night supper on Sept. 12, 1923.

The Sylvania was converted to apartments in 1973 and renovated in 1997. As detailed in the July 2006 issue of Philadelphia Business Journal, that month the building was purchased for $30 million, converted to condos and renamed the Arts Tower. In May 2008, the hotel's former ballroom and theater were converted to the Arts Ballroom as a location for catered events.

The fruit bowl has a white Lamberton China body with elaborate design on the verge in blues, cream and rust. The logo, confirmed by Larry Paul's 20th Century Hotel Data base, is a four-part shield with greyhound and the letter S with three trees above and banner below with SYLVANIA.