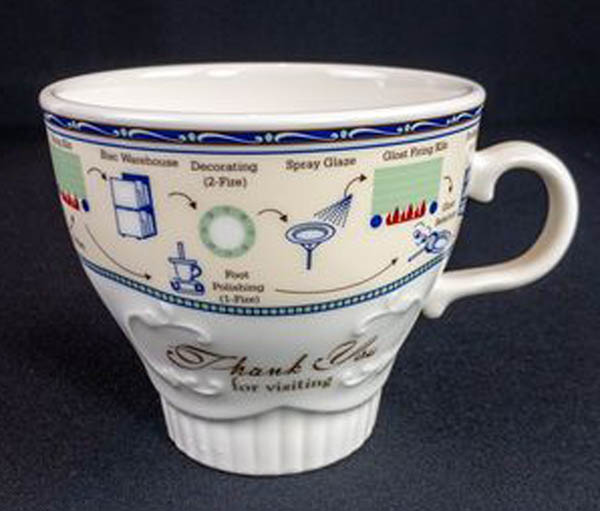 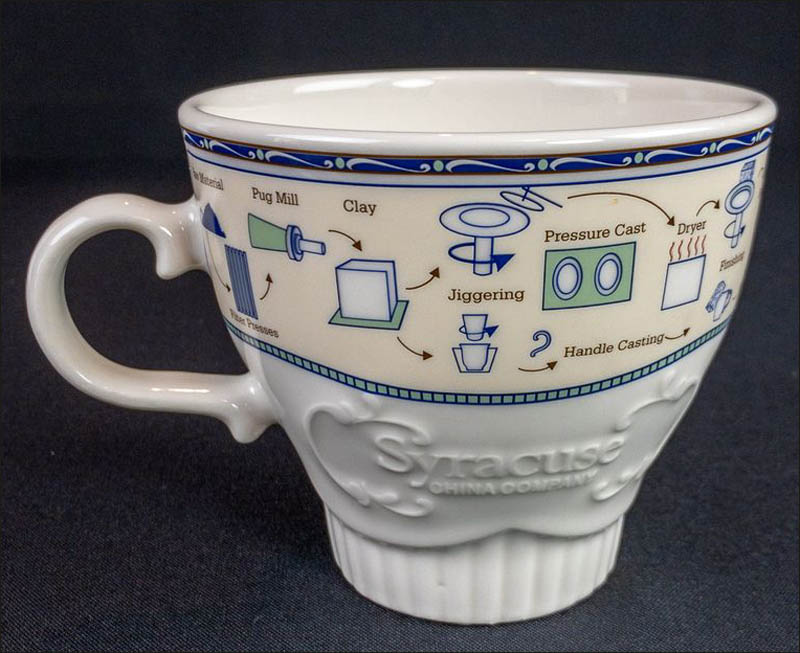 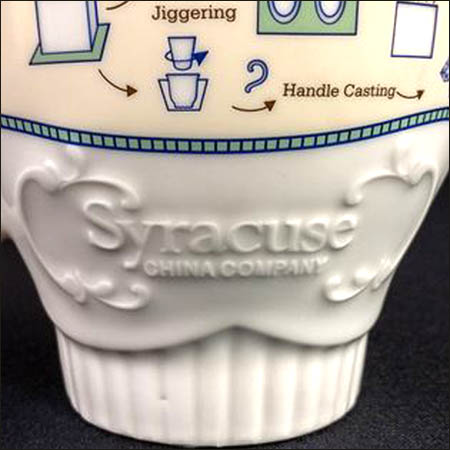 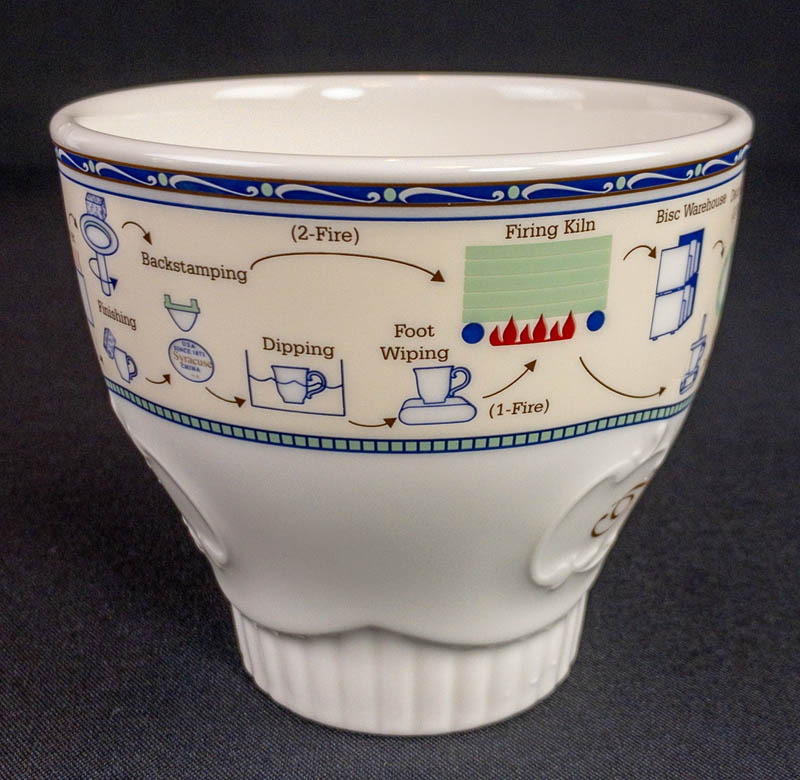 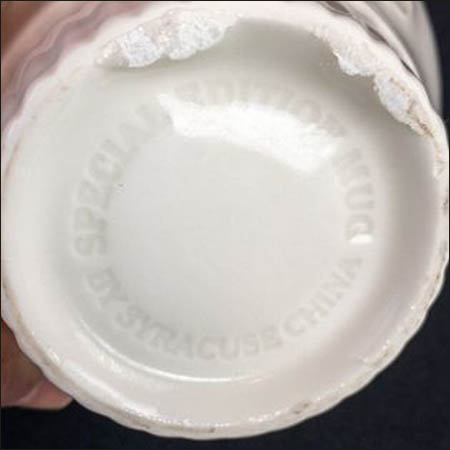 Notes: According to Bill Calnan, a longtime Syracuse employee and archivist, "The mug was designed by my friend, Lucie Wellner. I remember working with Lucie on the process steps that go around the mug. The mugs were made as gifts for customers, distributor reps, and other visitors who came for a factory tour. I'm guessing they first appeared in the early 2000's, maybe 2002 or so. We continued to give them to visitors until the factory closed."

This lovely cup, not technically restaurant ware, was molded with the words Syracuse China Company embossed on the side in white clay and on the other side, in brown lettering, Thank You for visiting. Above it decals were added with the steps of production, including jiggering, casting, decorating, glazing, firing, backstamping.