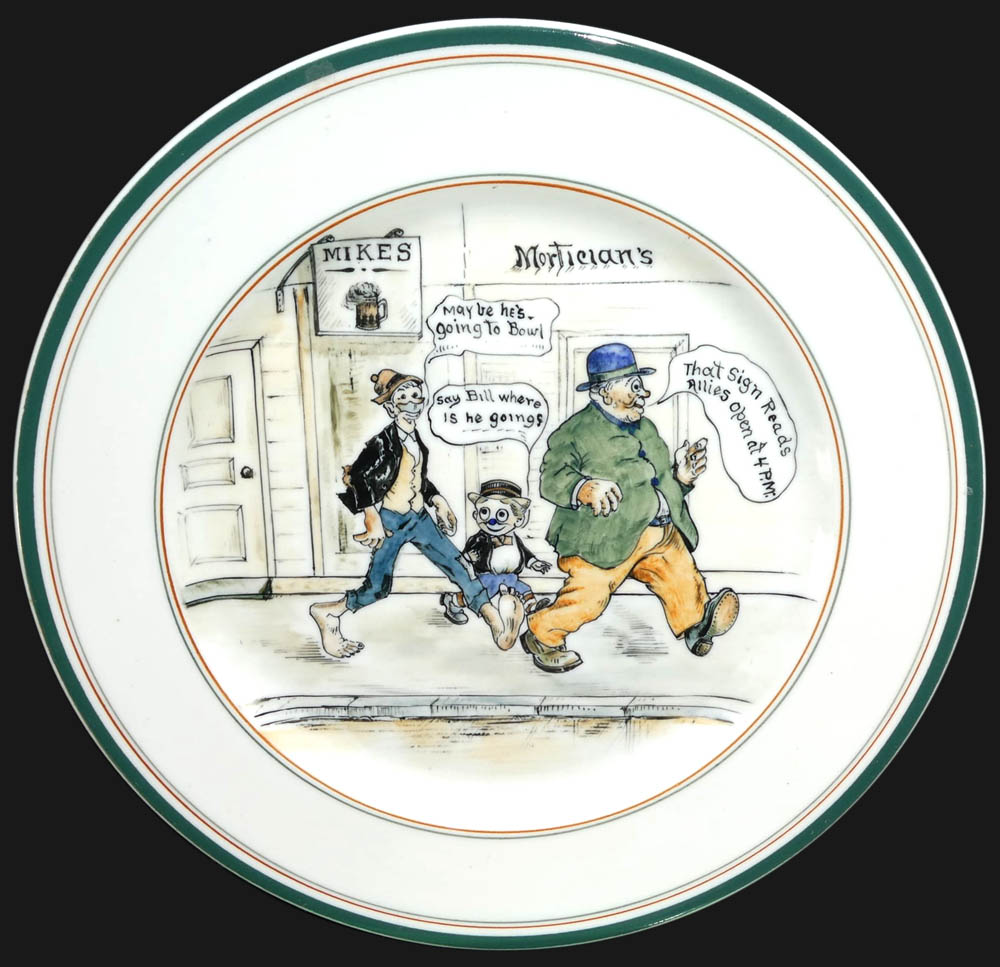 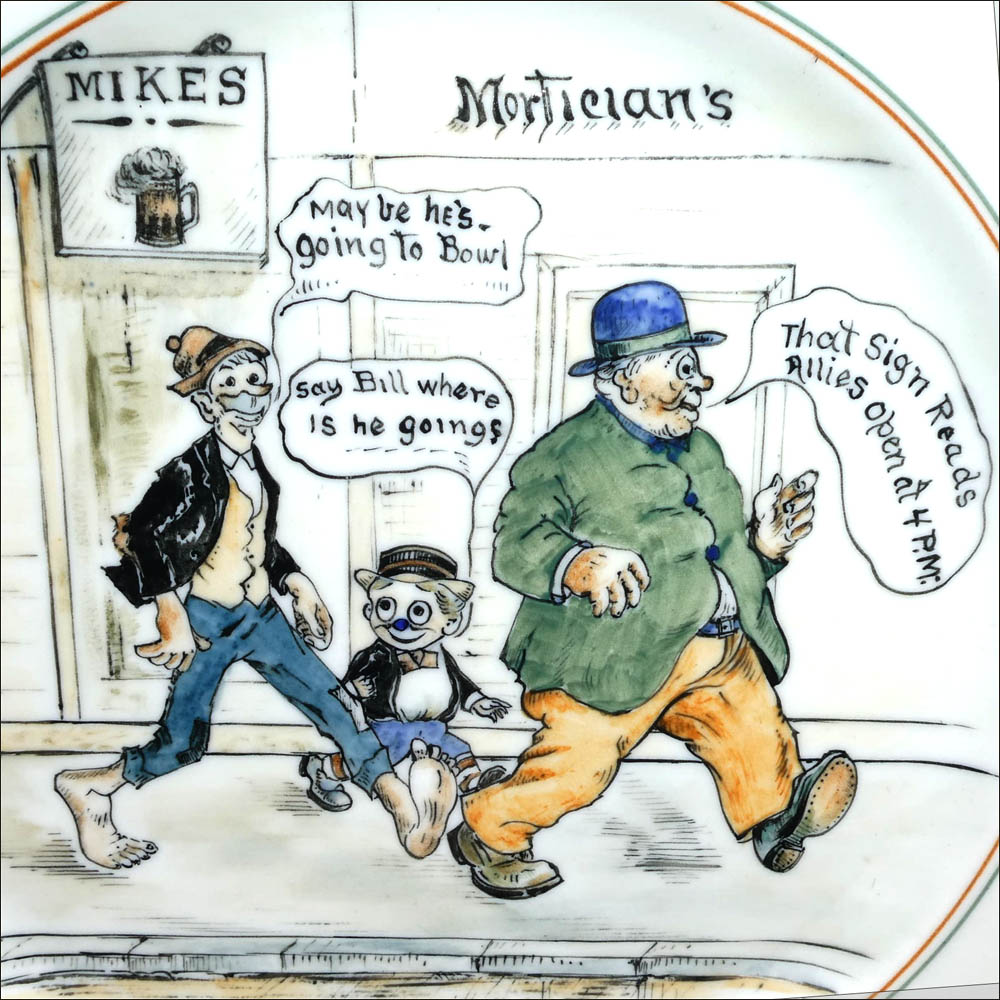 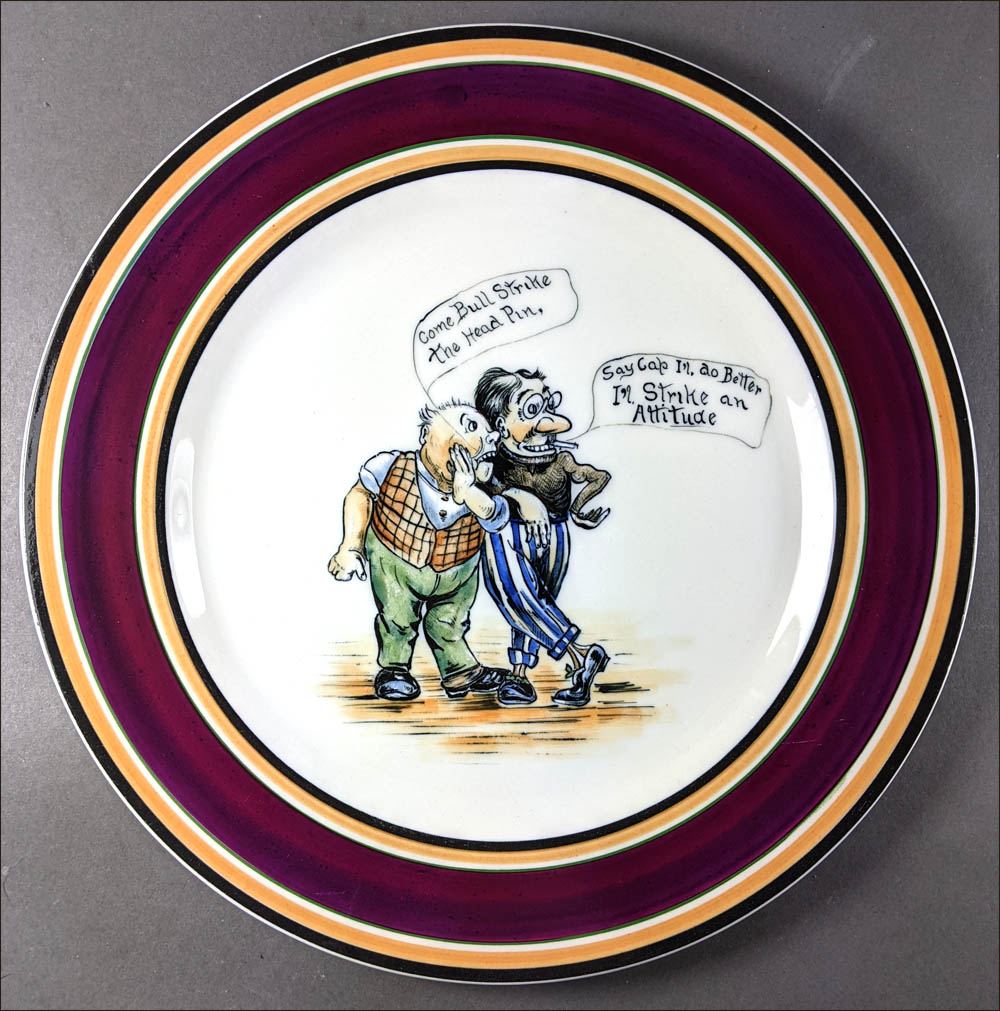 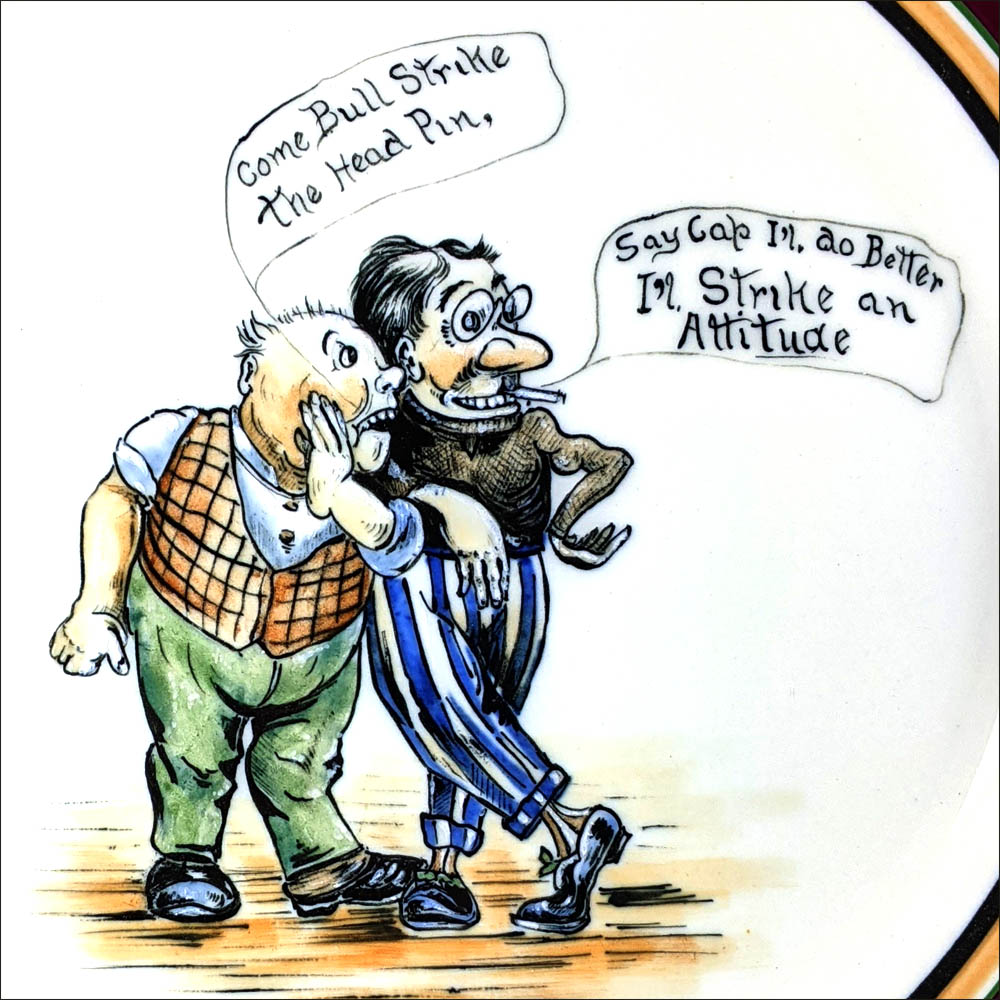 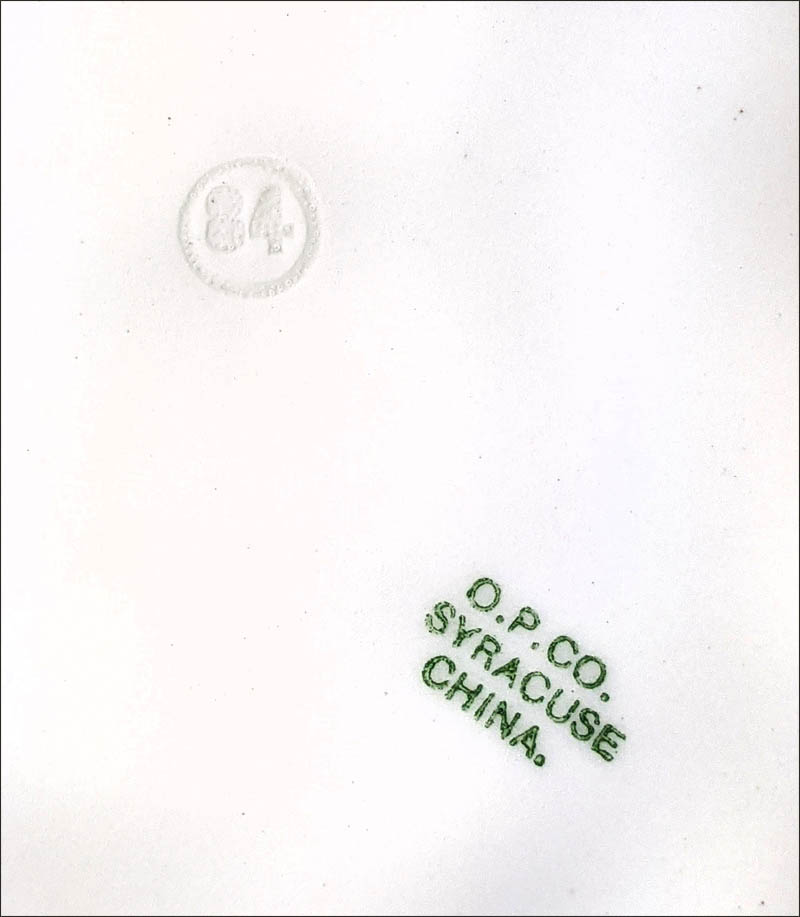 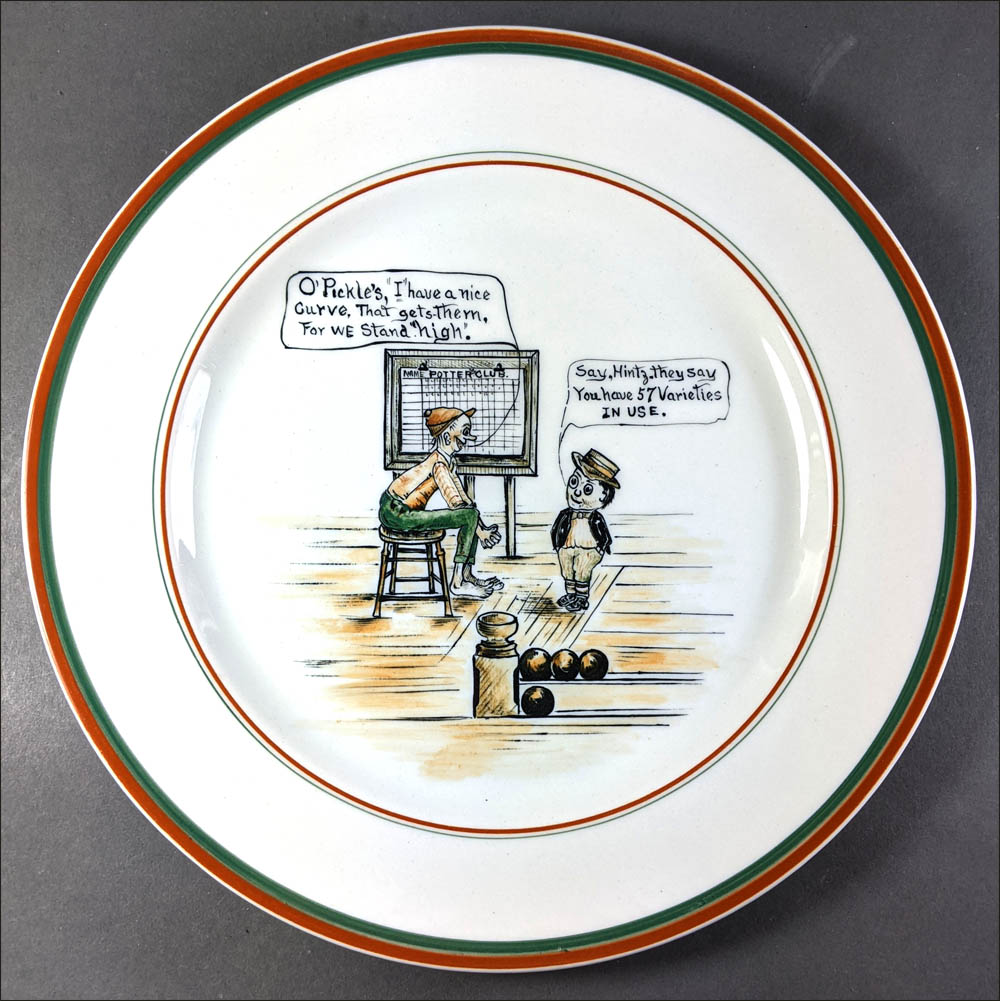 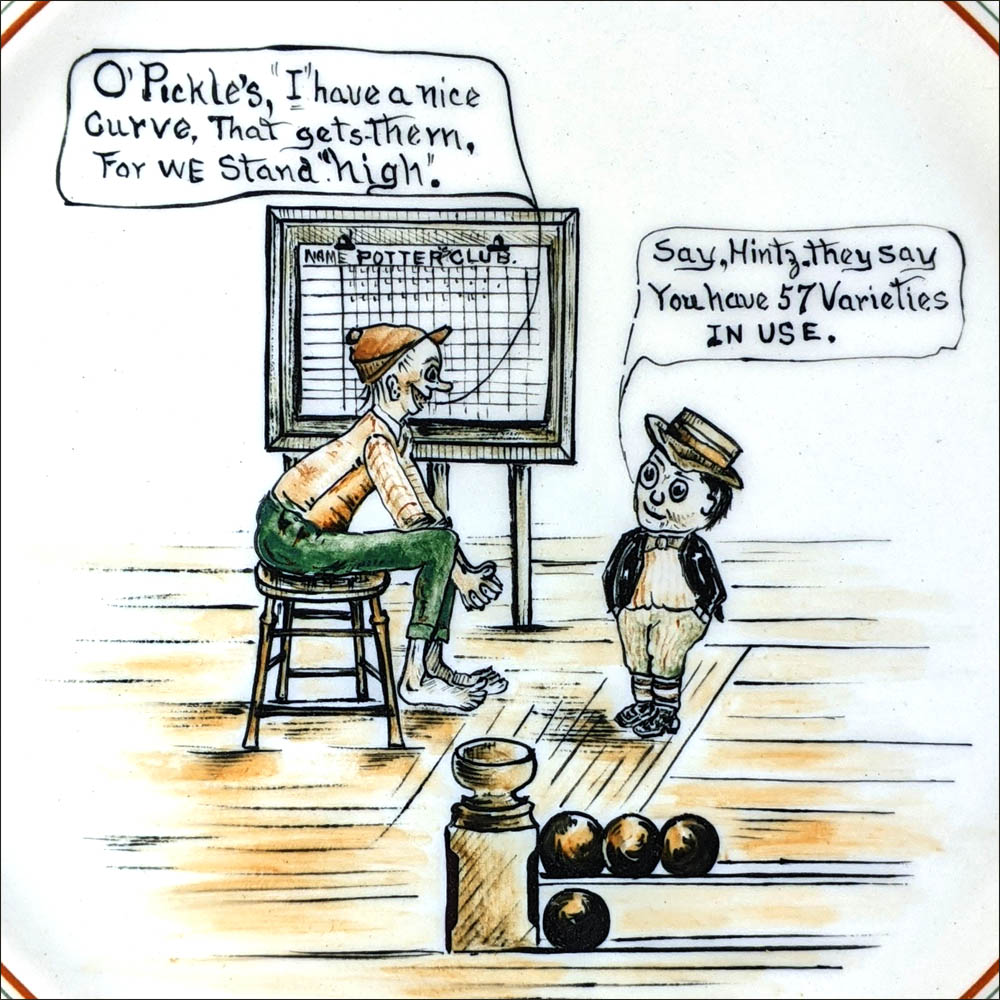 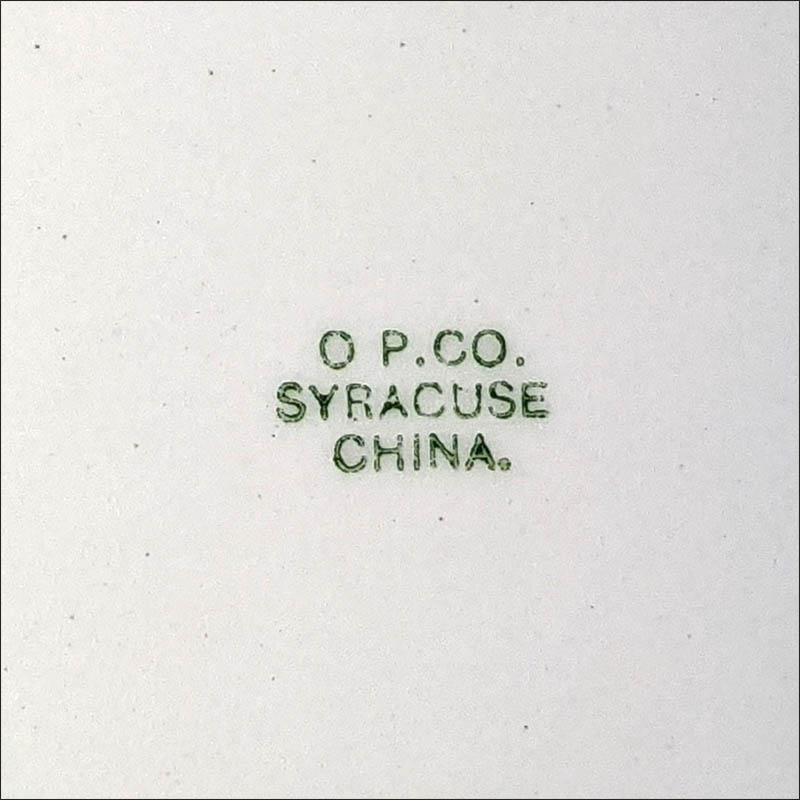 Notes: Three of these cartoon plates have been discovered with what had to have been in-house jokes drawn and filled by unknown Syracuse designers. The outer rim designs are all different.

From page 100 of "Syracuse China," by Cleota Reed and Stan Skoczen: "… The [Syracuse China] News reported baby and bridal showers, fishing trips, and vacation excursions. It regularly recounted the events of the Potters Club as well. The company provided a men's clubhouse equipped with four bowling alleys, a pool table, a game room, a library, and a large hall used for basketball, dances, and other entertainments."

It stands to reason then that these plates were meant for the entertainment of Potters Club – male employees – who would have been part of company bowling teams.