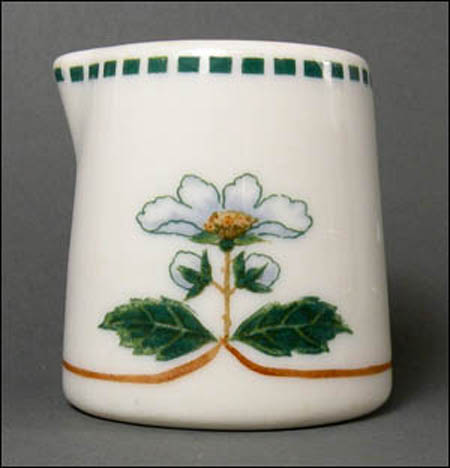 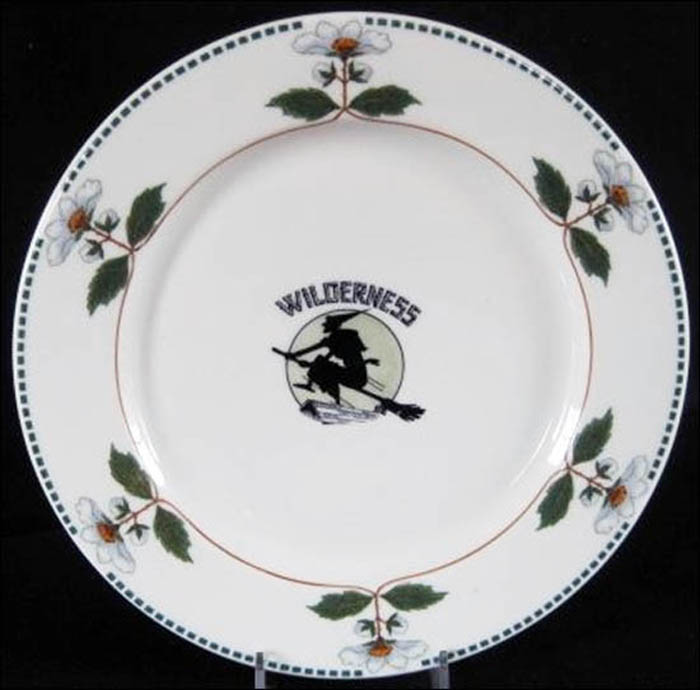 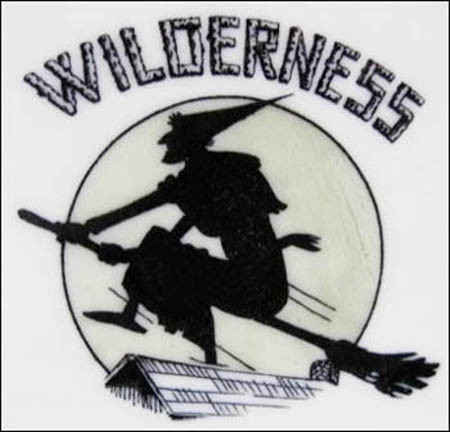 Notes: The Syringa pattern with its blue heavy dashes or dotted lines around the border that is interrupted by white, daisy-like flowers on the rim (that also resemble wild strawberry blooms) is found in a Syracuse pattern book and identified as #58801 and was also called Syringa by Syracuse. Syringa is the state flower of Idaho. See the similarity in the design and this photo: https://www.flickr.com/photos/misstshs/6367559619.

It is an underglaze decal first introduced around 1909. According to member OPCo, it was not a stock pattern and would have been made-to-order.

It has usually been found with the Wilderness topmark and witch or wizard riding a broom in the center of the plate (see plate above). All information points to this having been used in the Pacific Northwest, but no information has been found yet linking Wilderness to a restaurant, lodge or inn.