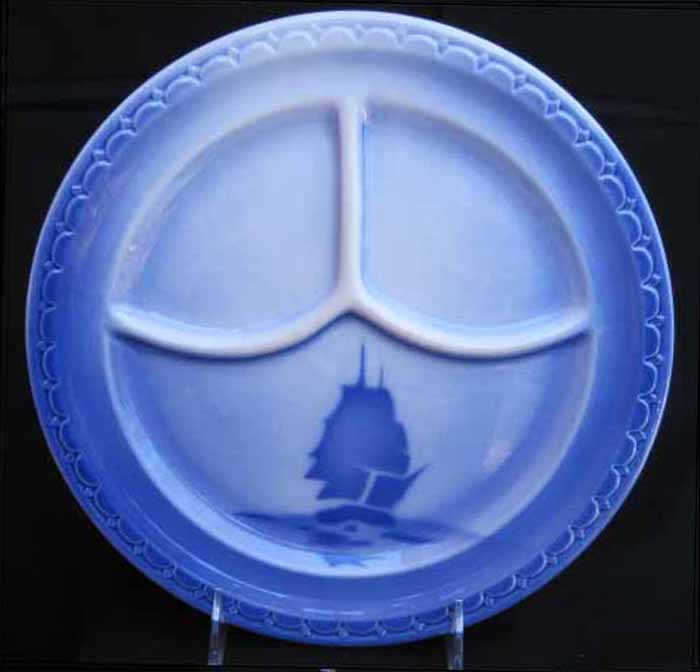 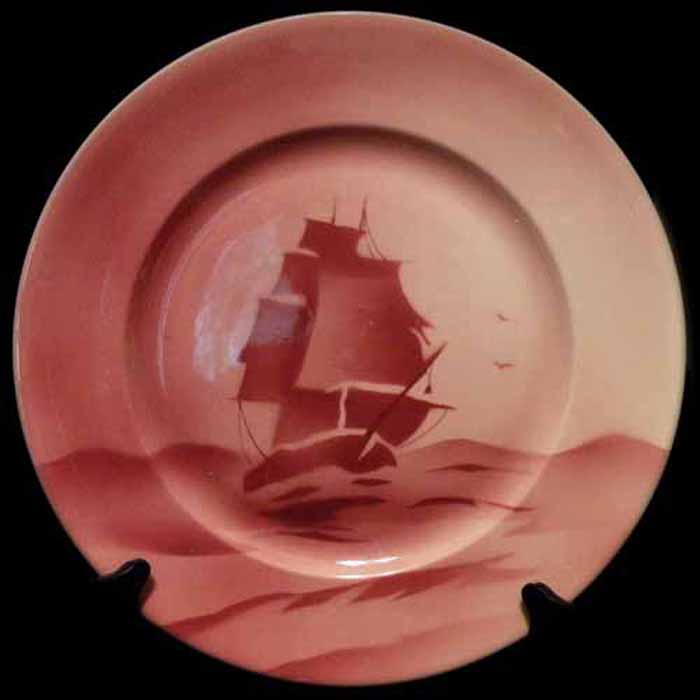 Notes: This design of a sailing ship or sailboat with waves in an airbrushed design was usually produced on Econo-Rim, and usually in blue, as shown in the first photo. The more unusual version is the second photo, done in a deep pink or dark red on an Old Ivory body.