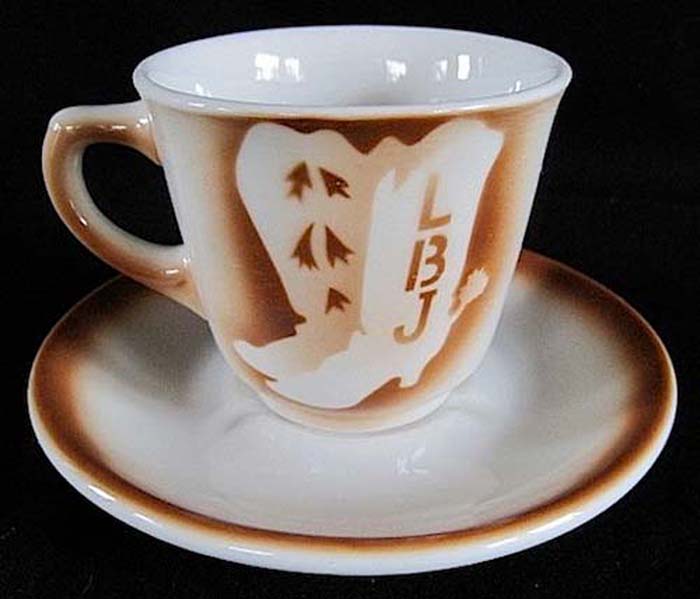 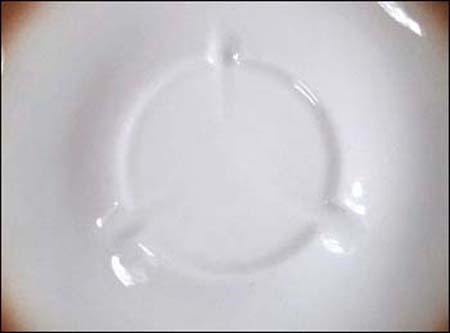 Notes: Vice President Lyndon Baines Johnson (LBJ) succeeded to the U.S. presidency after the assassination of John Fitzgerald Kennedy, on Nov. 22, 1963. Johnson was then elected to the office in November 1964.

It has been confirmed by a former Syracuse China employee and historian that a set of these cups and saucers was made as a gift from Syracuse China for LBJ. They were presented to him by then U.S. Rep. James (Jim) Wright Jr. of Texas, who later became Speaker of the House.

It is not known when they were presented to LBJ; the date codes on the back are for both September and October 1964.

The boots with spurs and the initials LBJ in airbrushed shades of brown are a Syracuse Shadowtone decoration. The matching saucer is an unusual Dripless Tea Saucer. The area for the cup in the middle of the saucer is raised, with three grooves leading down from it to allow any spilled coffee to drain away from the cup.