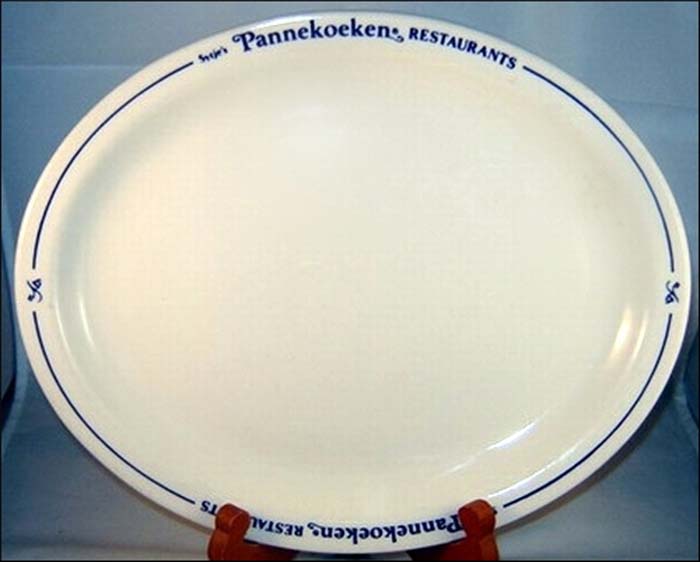 In 1983, Todd Novaczyk purchased the small family chain of restaurants and expanded the operation from 4 restaurants to 15 restaurants, including five franchisee operations. The chain suffered from significant revenue losses in the early 1990s, resulting in financial hardships that continued and ended with Chapter 7 bankruptcy in 1996.

A few of the original chain/franchisee owners have sinced branched out independently, including Tasos Psomas, owner of the Pannekoeken Cafe with two locations in Rochester, Minn. His cafes continue to serve Dutch-style delights, including pancakes of many variations: apple, fruit, vegetable and even bacon. Waiters and waitresses call out 'pannekoeken' as they bring the fresh pancakes to the table.

White body with blue line border, top and bottom marked by the restaurant name at 6 and 12 o'clock, with small floral sprigs at 3 and 9.