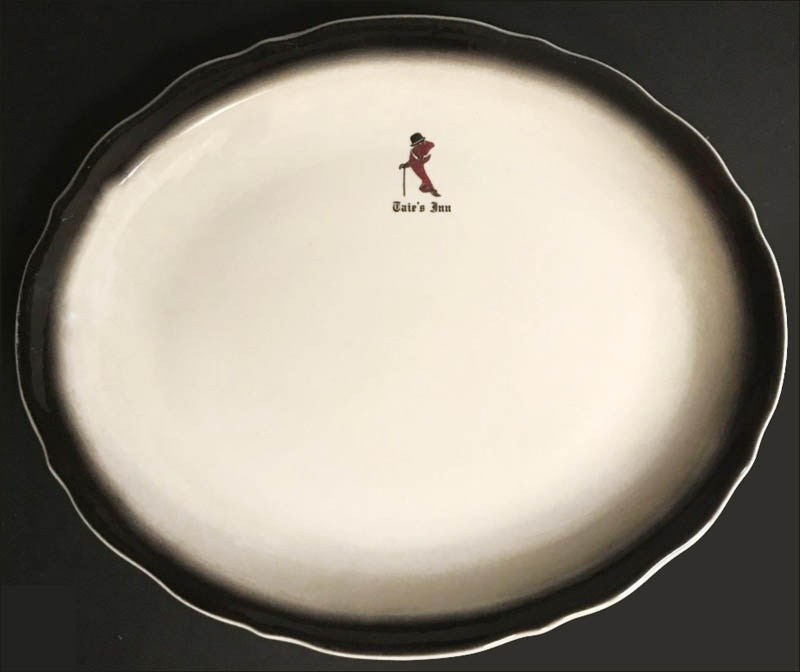 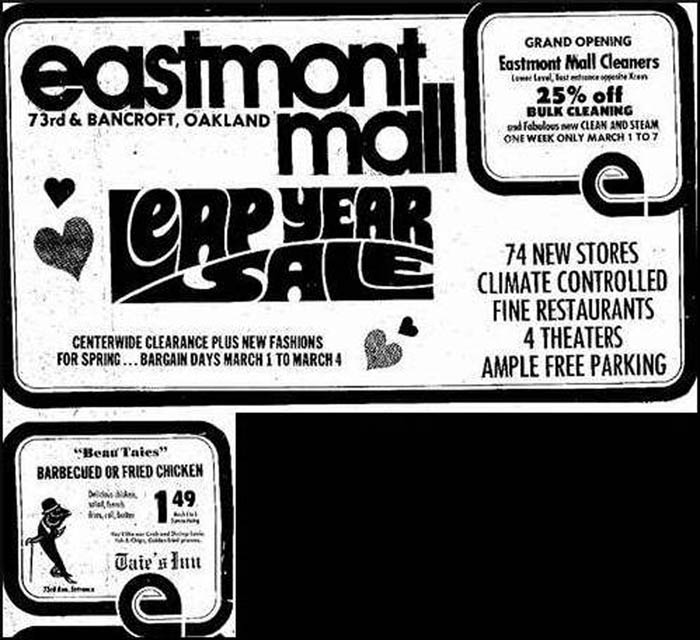 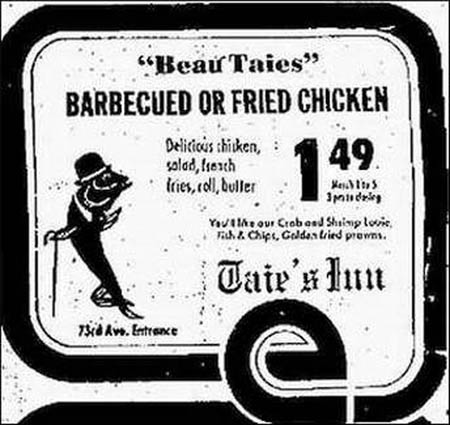 Notes: Taie's Inn was located at the 73rd Avenue entrance of the Eastmont Mall in Oakland, California. The restaurant was one of 74 charter mall vendors that opened business in October-December 1970. The Community Development Corporation completed the mall construction in 1966 on the site of a former General Motors Chevrolet assembly plant. A victim of urban blight, the 671,000 square foot Eastmont Mall began declining in the 1990s and was purchased by the Portland, Oregon-based Scanlan, Kemper, Bard Companies in 2007.

White body with black airbrushed rim. Topmarked "Taie's Inn" under a posing red fish with cane, wearing a derby hat and a white and black collar.